Last year we had a bit of fun renovating a tiny 16ft trailer for us to take down through the states on a summer road trip. It was a success!

I was newly pregnant and falling asleep every ten minutes but otherwise, a semi-exhausting success! (Read about it here, here, and here. Oh and here) 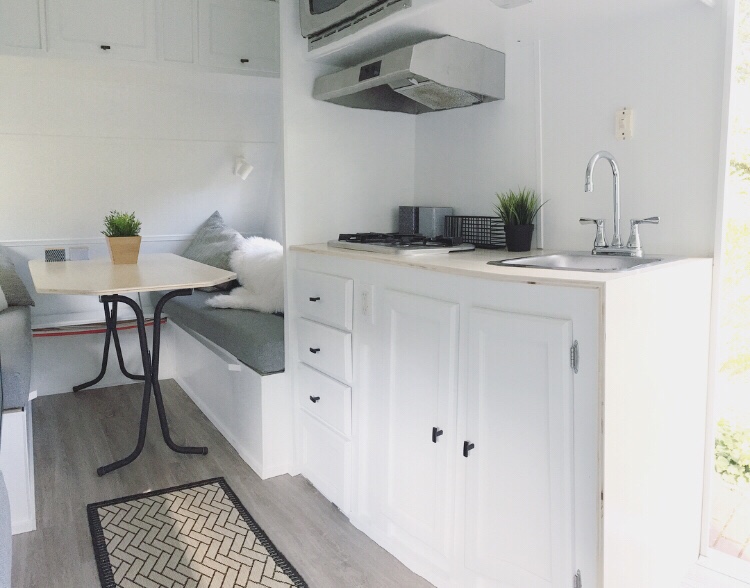 The tiny trailer in all its glory

This year though, as we pulled the trailer home from its winter storage facility and started to formulate some plans to drive east, I was a little apprehensive. 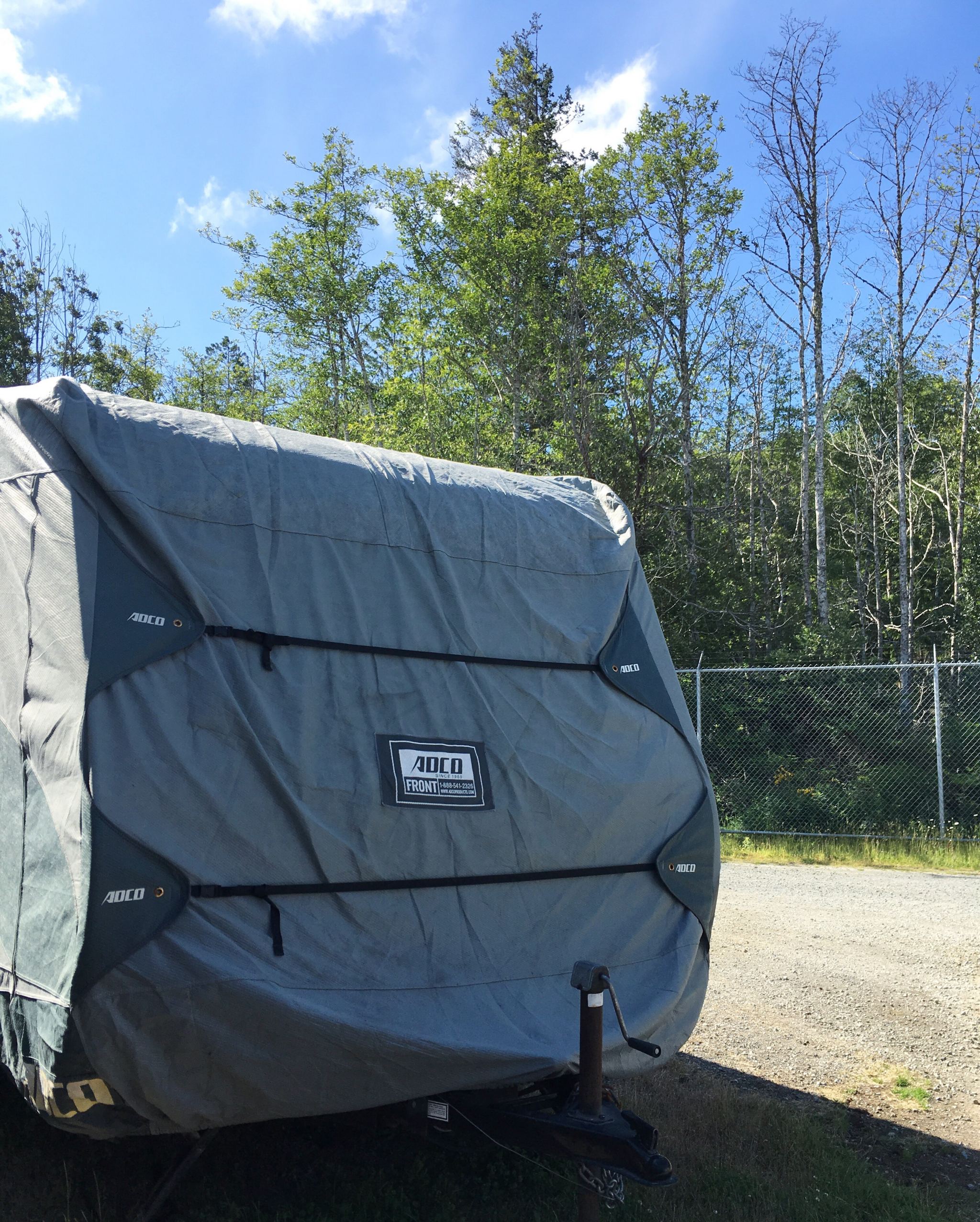 There are so many unpredictable extras a newborn throws into the mix for a family holiday. Would Hugo be totally miserable in the car for hours every day? Would we even fit into such a tiny trailer (TM) with the requisite stacks of nappies/diapers/sleepsuits? 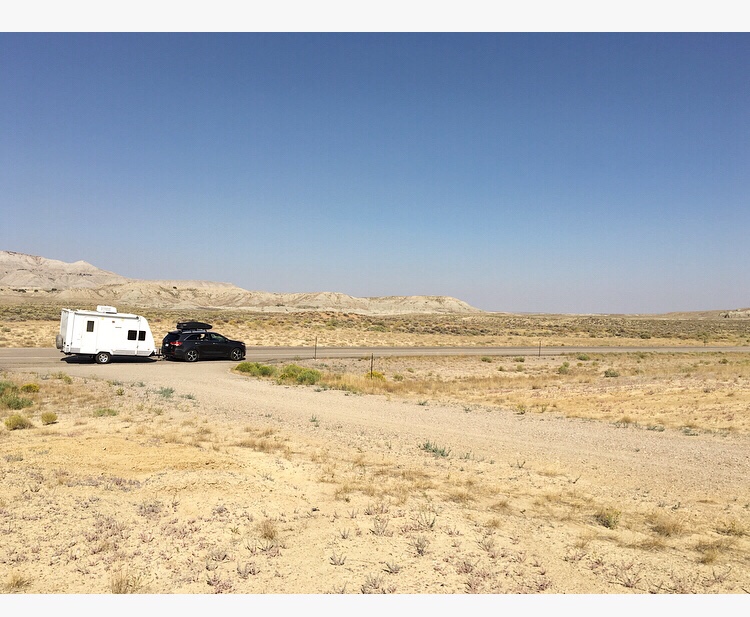 It really is quite small

A short 4 night test-run was the answer, and it came in the form of a Vancouver Island – Banff road trip. 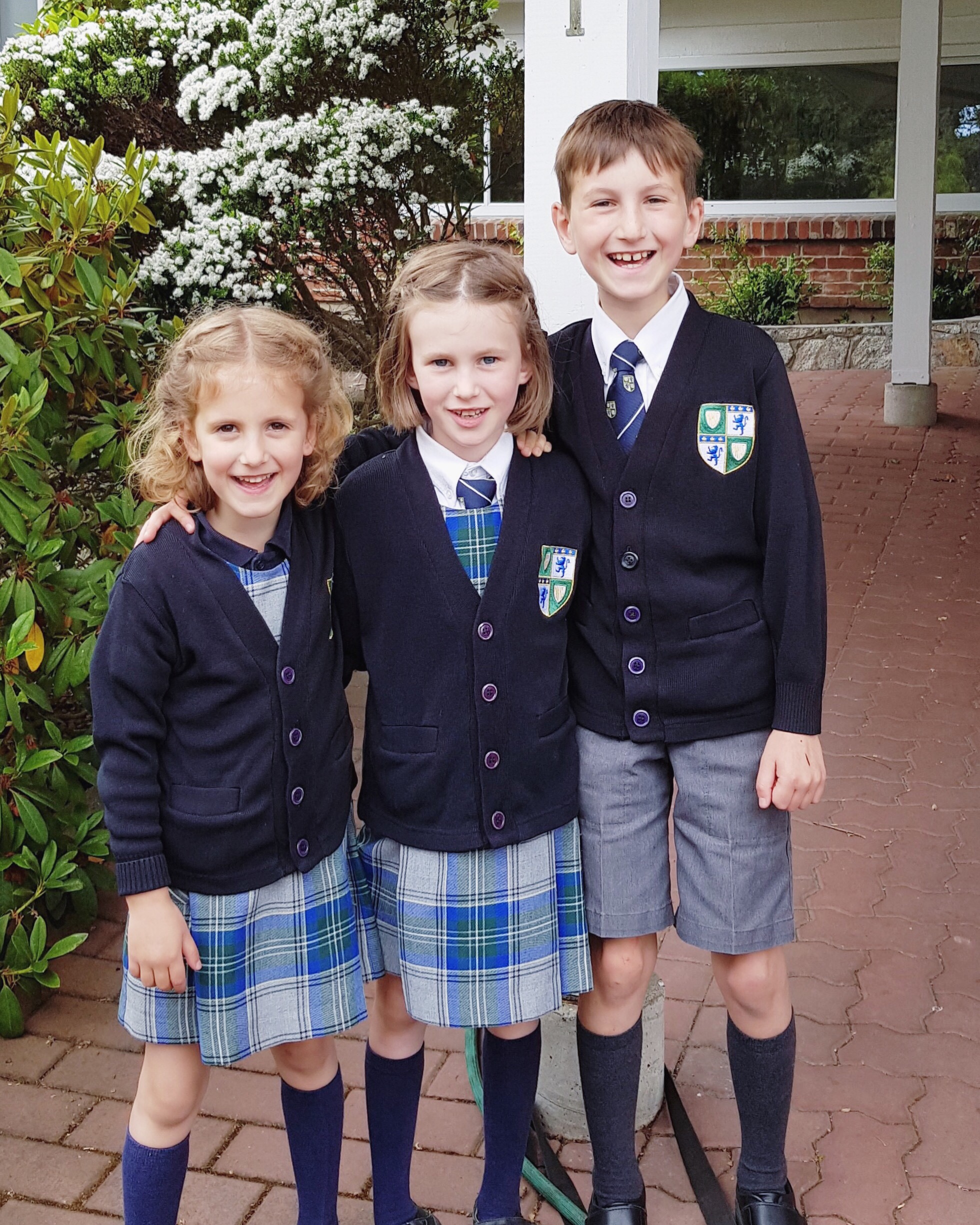 We were leaving the day after school ended to avoid the summer rush (our kids finish school a little earlier than most). We made a bold decision to reserve a spot on the 6am ferry from Victoria to Vancouver, a 6am ferry that required being at the dock by 5.30am, that required leaving our home by 4.45am, which also required plenty of built-in contingency time (if you’ve read this article by the onion, then you’ll know). 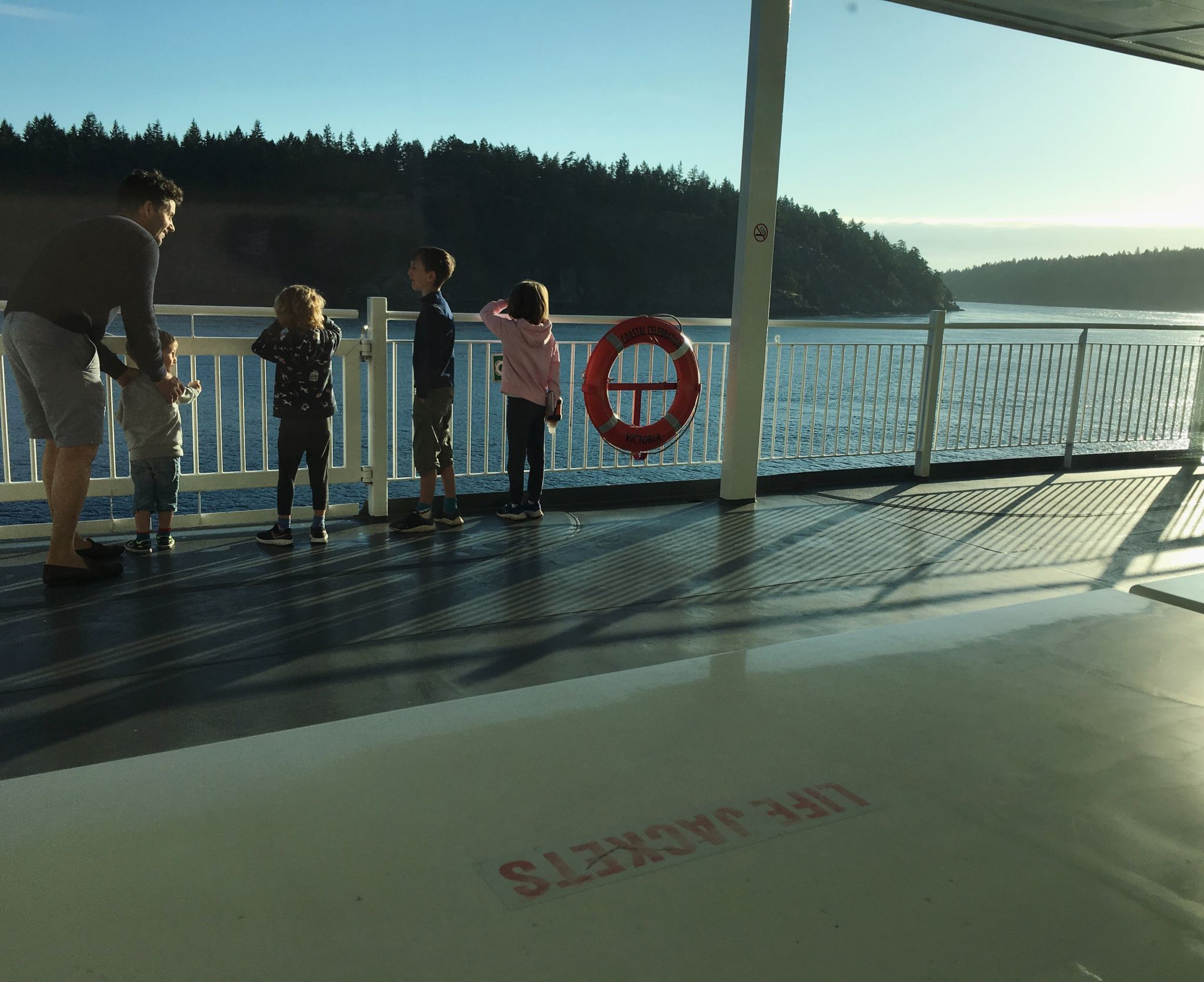 In any case. The 6am semi-deserted ferry meant a beautiful sunrise on the water; and the children were so sleepy and disoriented by our transferring them from bed to car in their pyjamas that they were exceptionally quiet, then so exhausted that they slept for a couple of hours from Vancouver as we made some inroads into the drive. 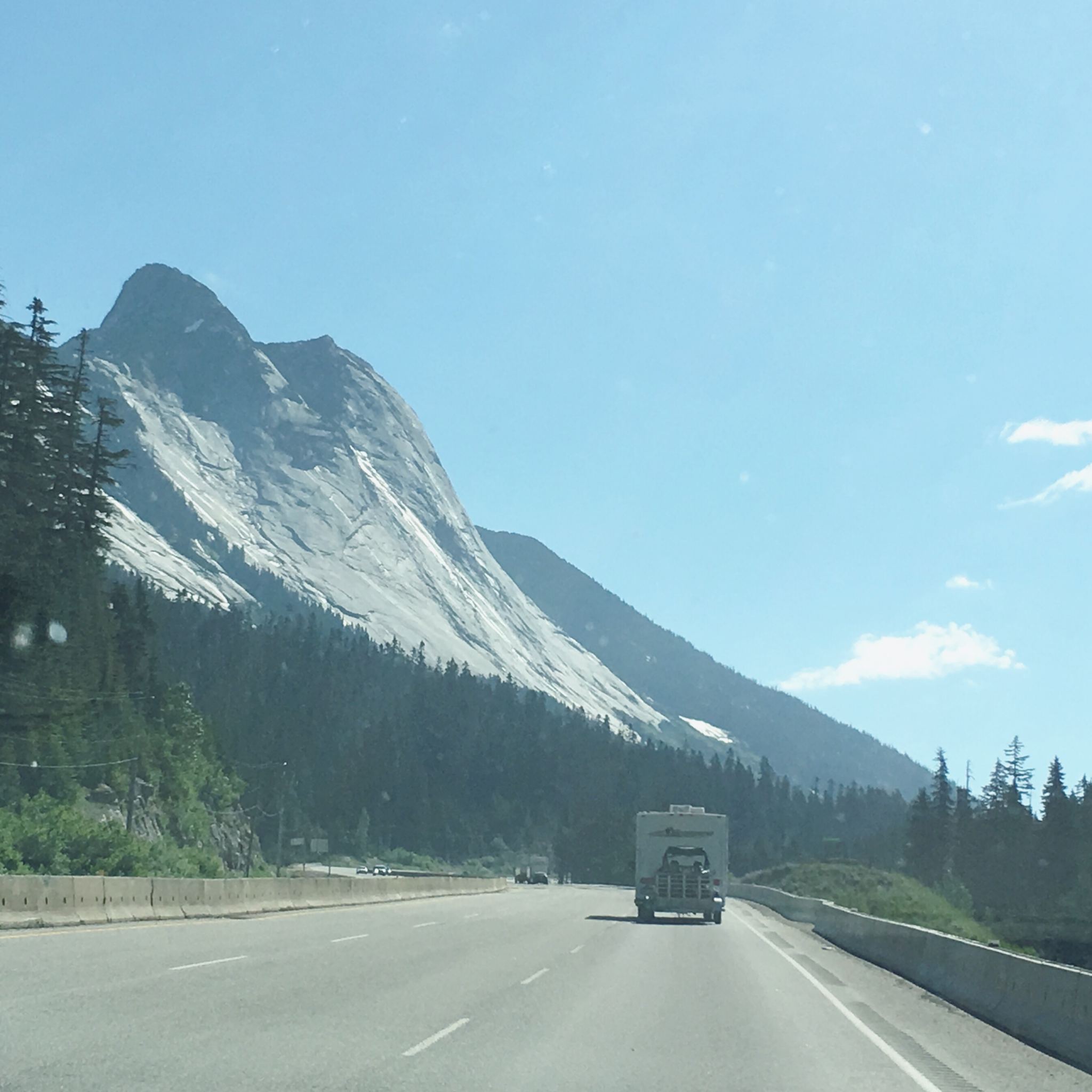 5 hours from Vancouver, through some pretty stunning scenery… 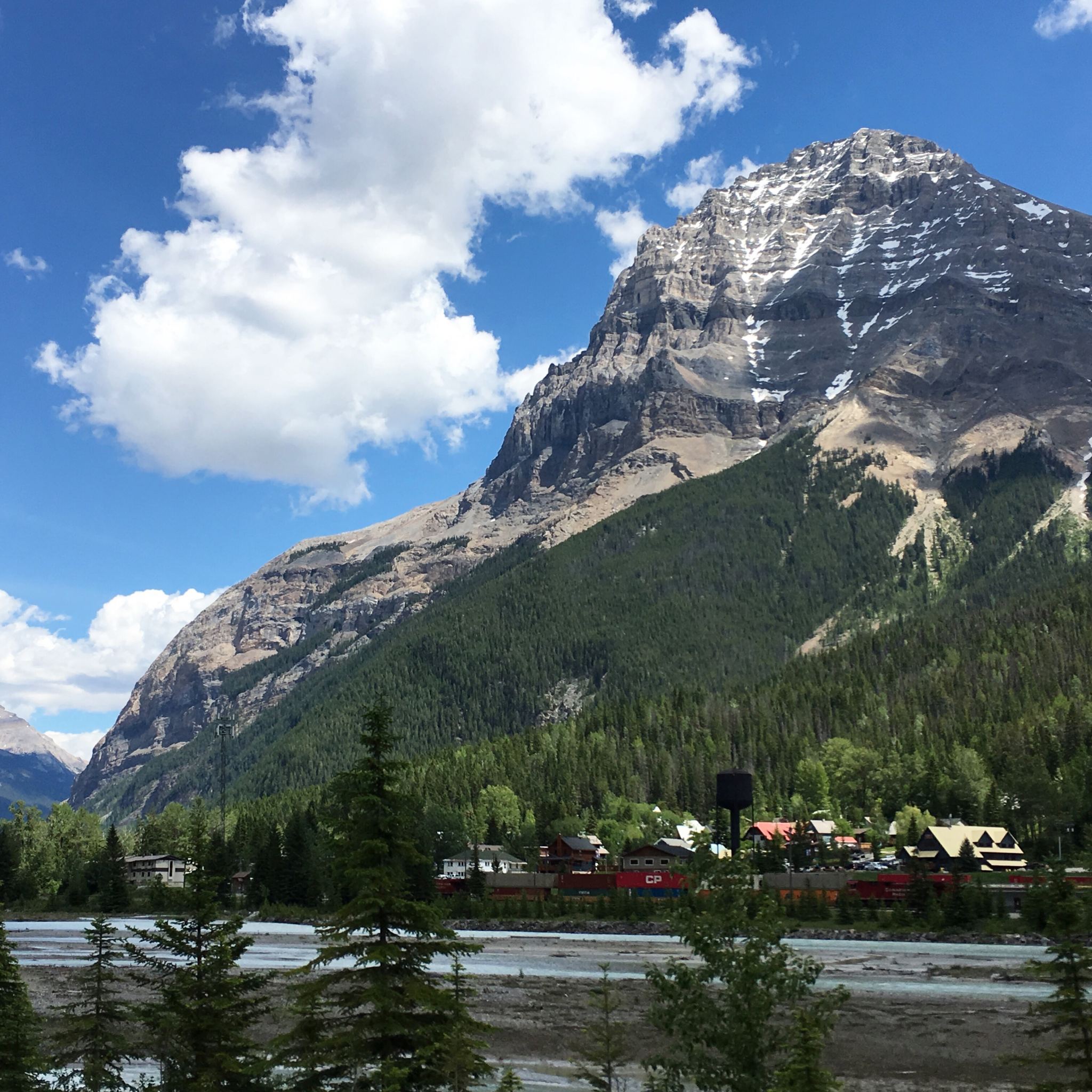 …we stopped at a KOA campsite for the night to break up the drive. And when I say 5 hours drive time, it took us 8 hours, factoring in bathroom / feeding baby stops, which were plentiful.

Plentiful – in part, because 4 children means a lot of bathroom trips – but also largely because three year olds learn quickly and are ruthless in their demands. When Wilfred realised he could control his own destiny and escape the confines of his car seat with a few magic words “I need a wee!” if uttered with enough conviction and urgency – well, you can imagine how that went.

Where were we. The Sicamous KOA. 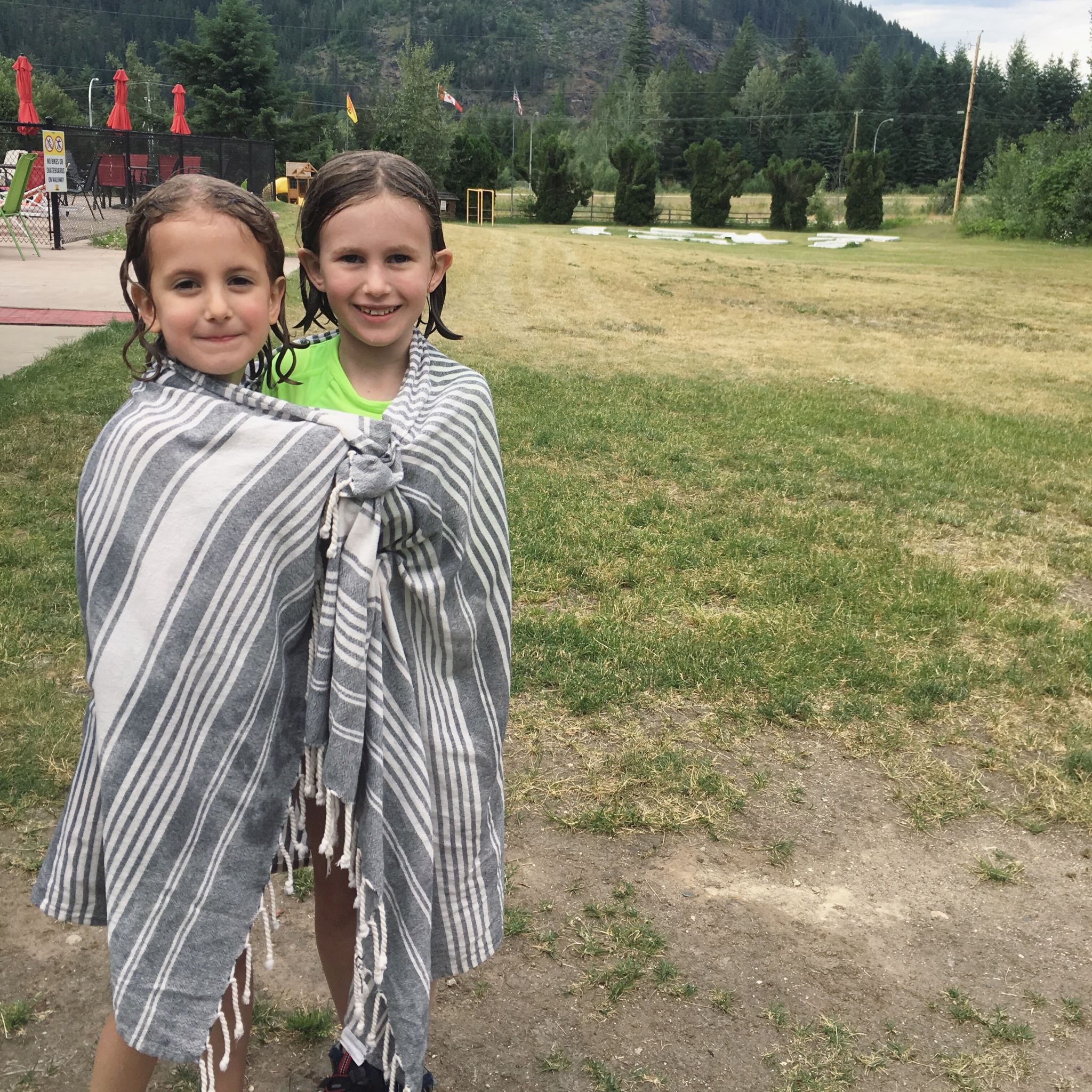 I am a big KOA fan for road trips with many small children. Glamour rating aside. Reliable showers/bathrooms! A swimming pool! A campsite shop! Mini golf! But this KOA really pulled out all the stops with a nightly bloody TRAIN RIDE around the site, beloved to the point that my children were absolutely incensed at the idea of leaving to finish the trip to Banff the next morning. 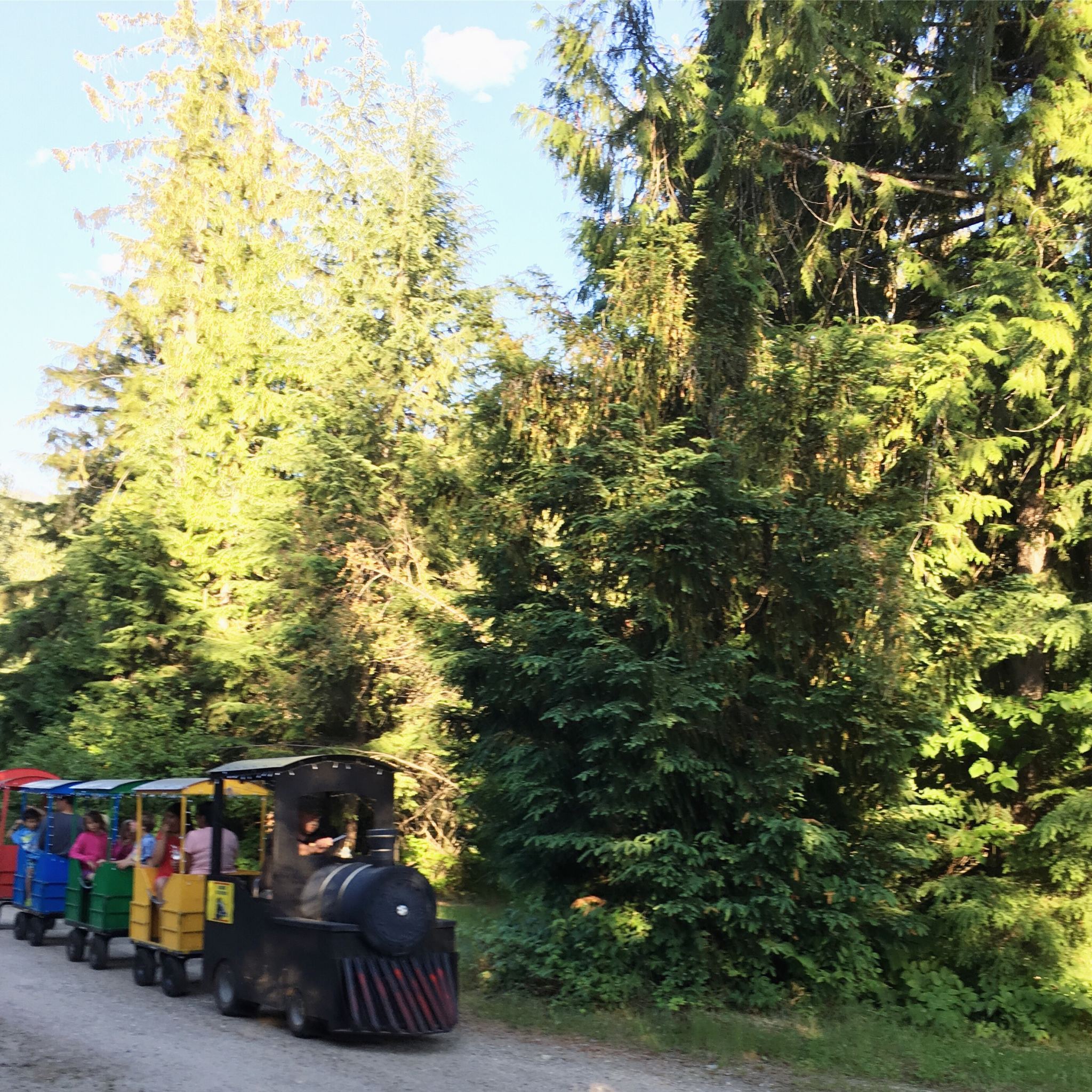 The train that will make your children never want to leave

But we did (leave), and three hours (drive time, Wilfred was still enjoying executing control) later, through iconic vistas: 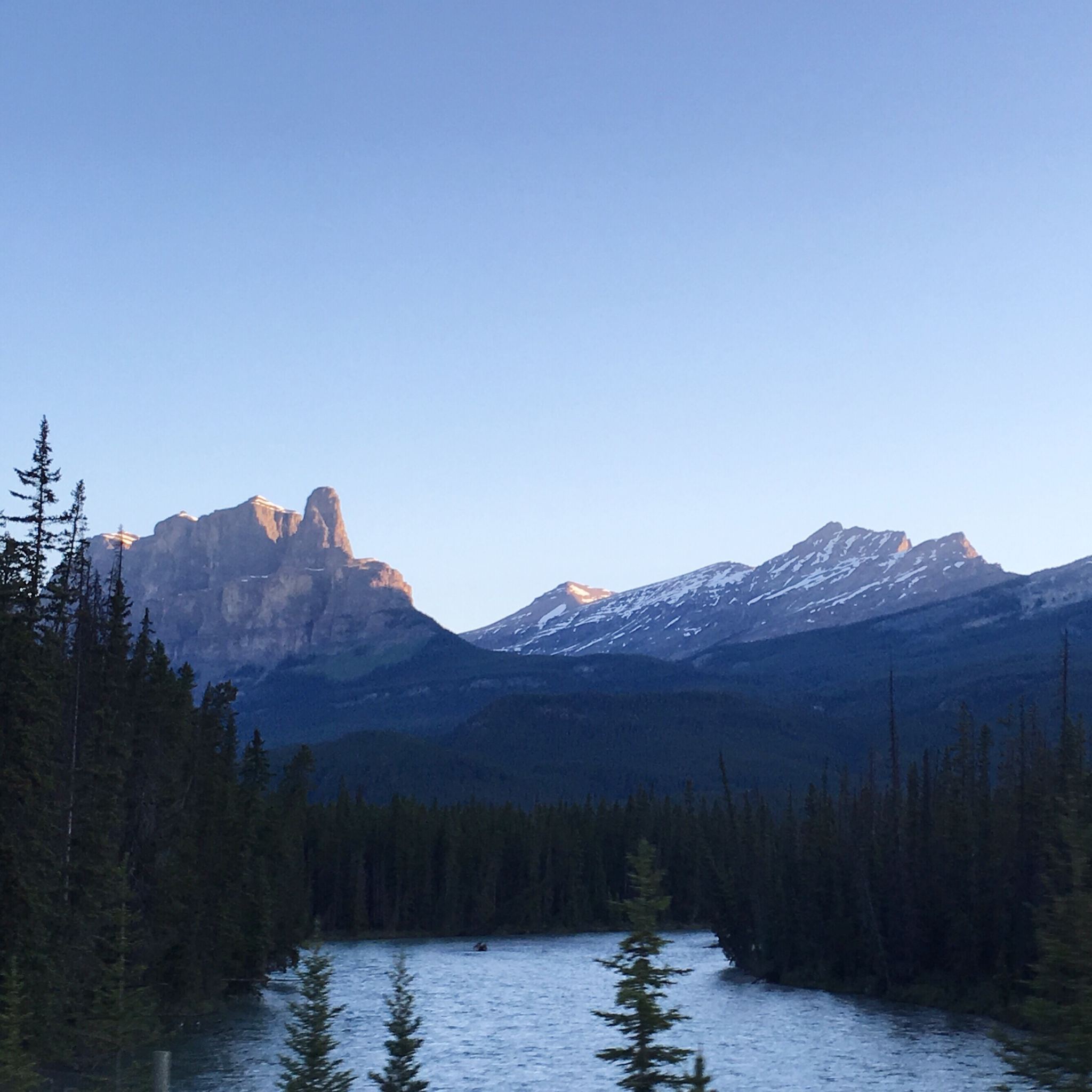 …we arrived at Lake Louise, considering an afternoon hike. All the car parks completely full, the park rangers were directing people to an overflow carpark / park and ride shuttle bus further down the motorway, so we changed our plans. It wasn’t supposed to be that busy! It was supposed to be off season! 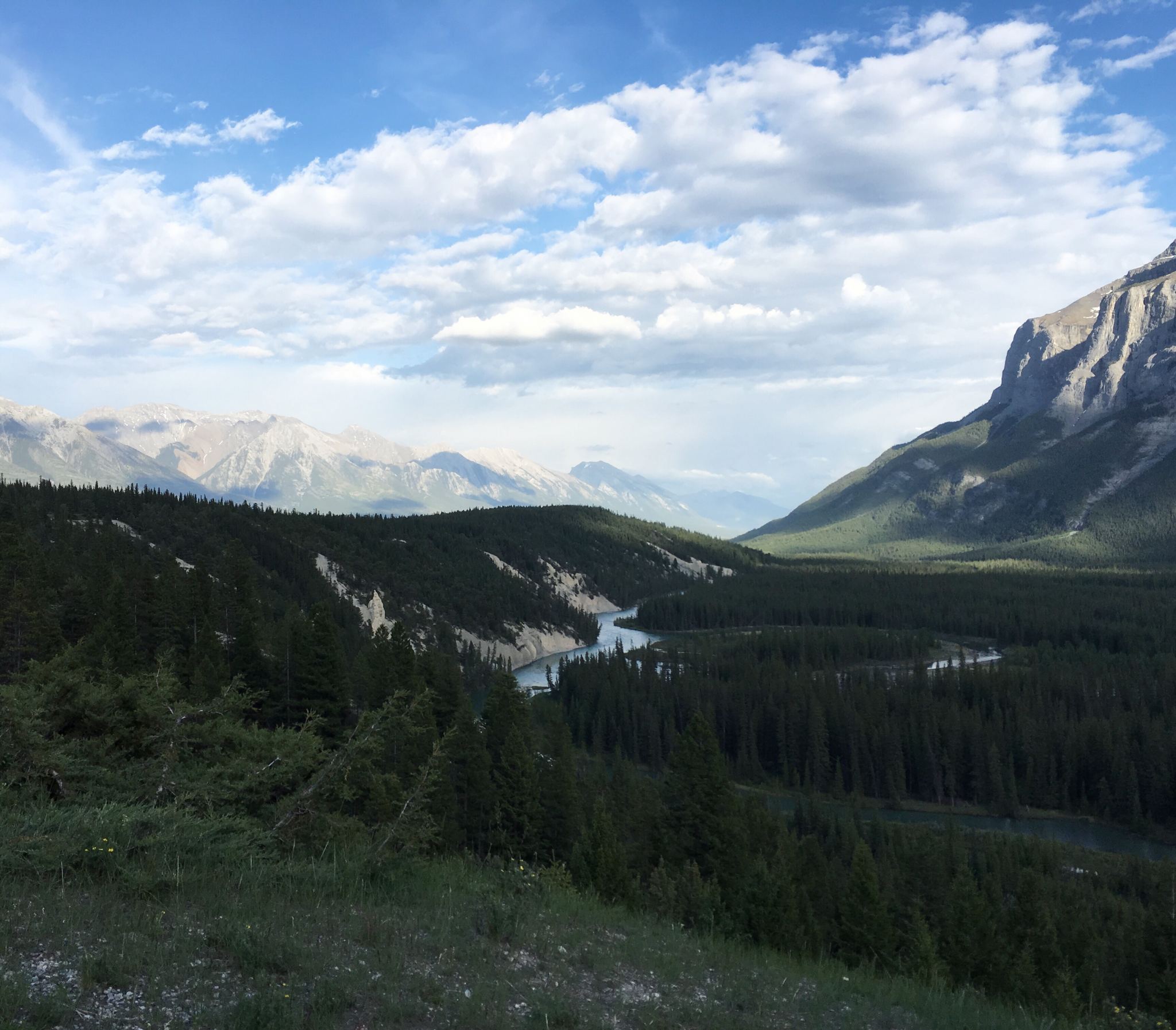 The campsite views were average

Luckily on recommendation from a friend who knows the area we were prebooked into Tunnel Mountain Campground. We set up there, walked some beautiful small local trails, hung around a bit and then the next day… 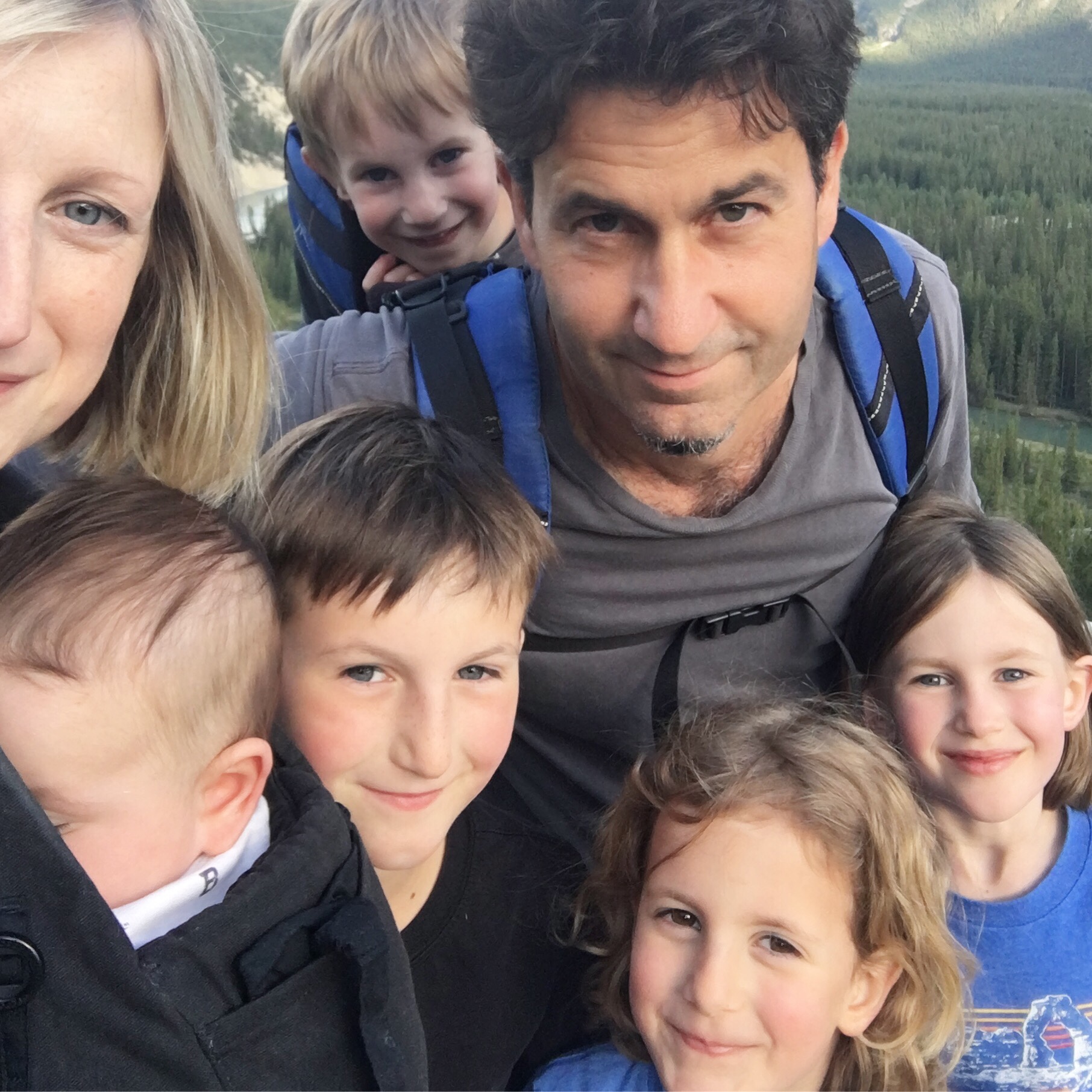 Camping with children is fun but exhausting. That’s why I am saving you with only half of my tired face

…took the children, still pyjama-ed, to Lake Louise at 6am, assuming that the early start would mean we could have breakfast in the trailer there, avoid a shuttle bus, and increase our chances of spotting some wildlife. 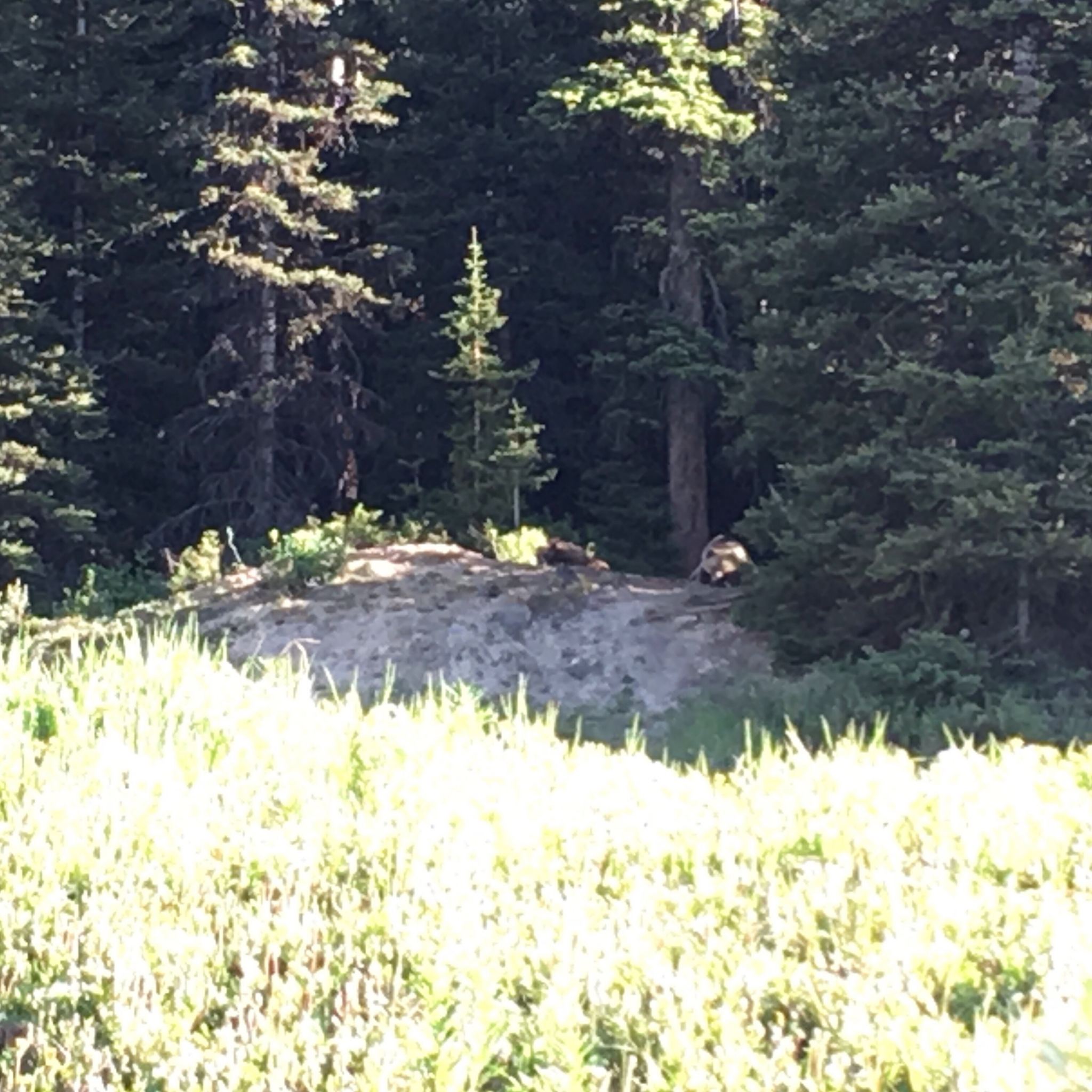 Which we did, casually strolling past a grizzly and her two cubs at the base of the Lake Louise hike to Lake Agnes tea house. Amazing for the children, semi-terrifying for us to continue walking into a heavily-forested trail moments later. 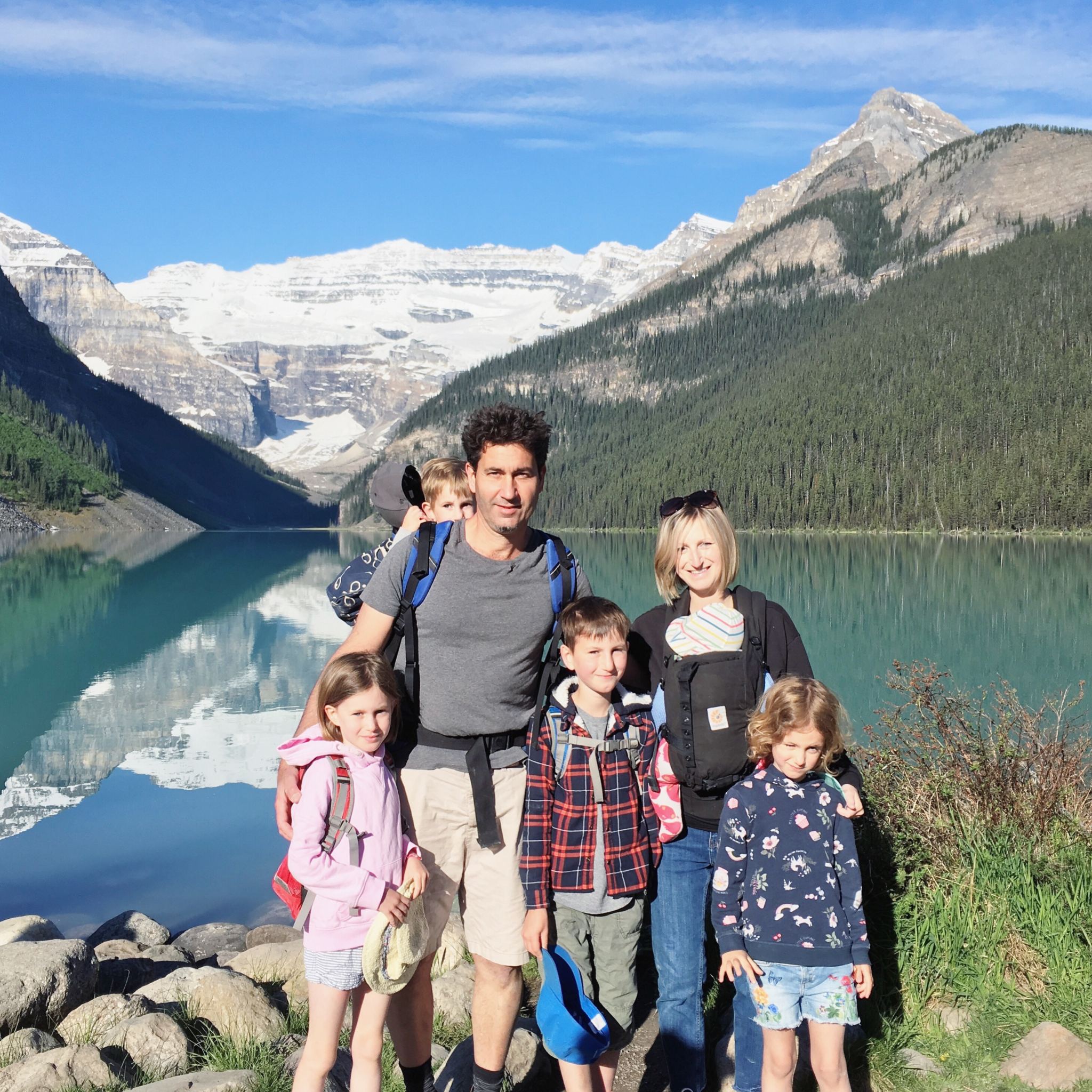 At the bottom of the hike: beautiful mountains, beautiful lake

This was more of a hike than I bargained for, evidenced by my wearing jeans and converse in contrast to the full-hiking-paraphernalia (plus-bear-bells/spray) everyone else was sporting. Remarkably though we made it to the top (incredible what the promise of sugared treats will do for children’s motivation). 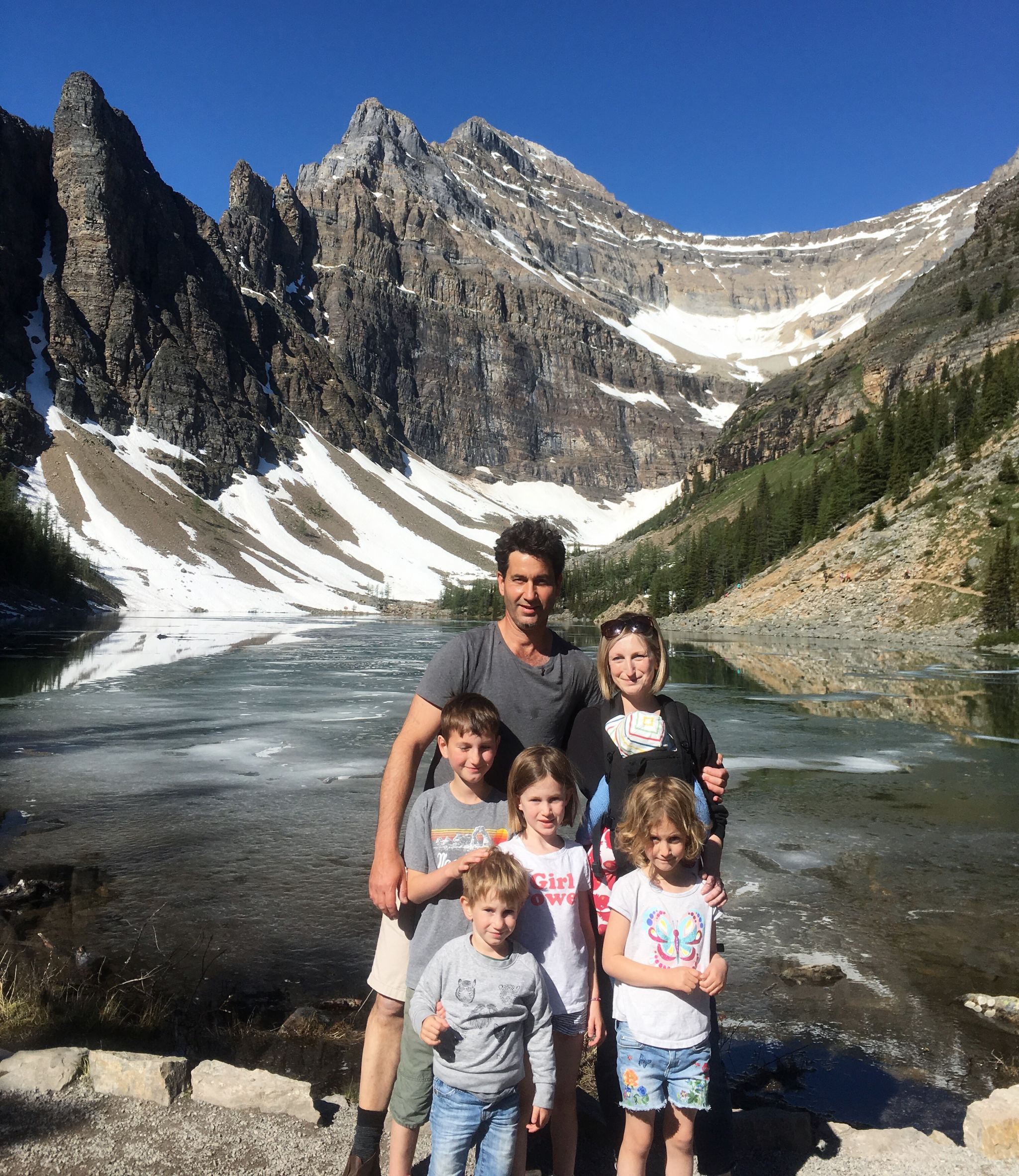 At the top of the hike: beautiful mountains, beautiful lake

Really beautiful views. Delicious teahouse treats. Real life snow, in June. And by doing it so early, hardly any crowds. Not the case on the return down the mountain though, to find Lake Louise absolutely teeming with people. Definitely worth an early start. 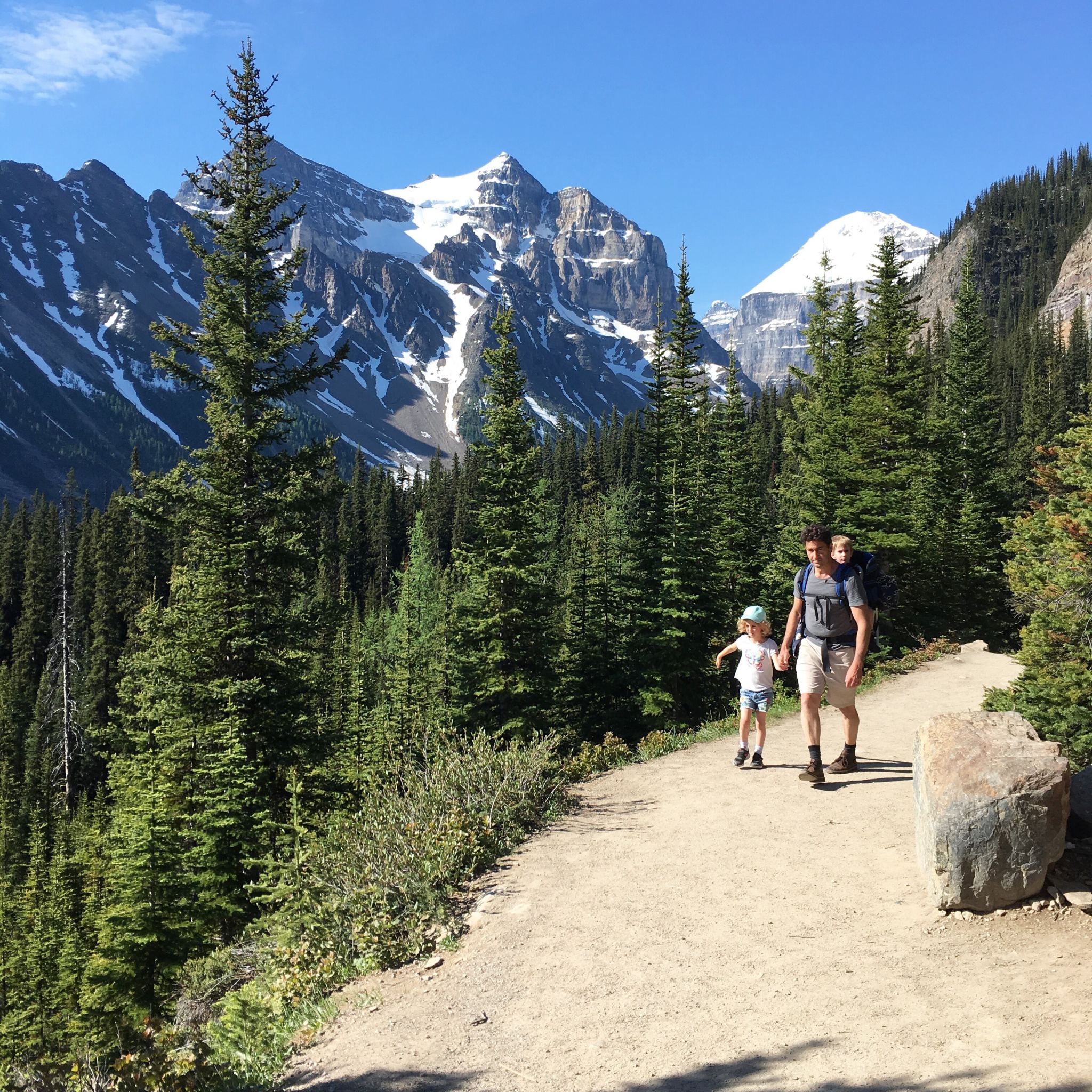 It actually was as peaceful as this looks

The afternoon was a little cloudy and we had a casual emergency room trip (what’s a family holiday without a little hospital action?) so we recuperated with supper at a fine dining local cool indie establishment called the Old Spaghetti Factory (British equivalent: the Harvester).

This is the point of the trip where we were either going to continue north, through Icefields and Jasper for an extra night or two; or return roughly the way we came. Given a pretty bleak weather forecast – plus aforementioned emergency room visit (all fine, just an unexpected allergic reaction)… we decided to keep things short and sweet, and head back west. 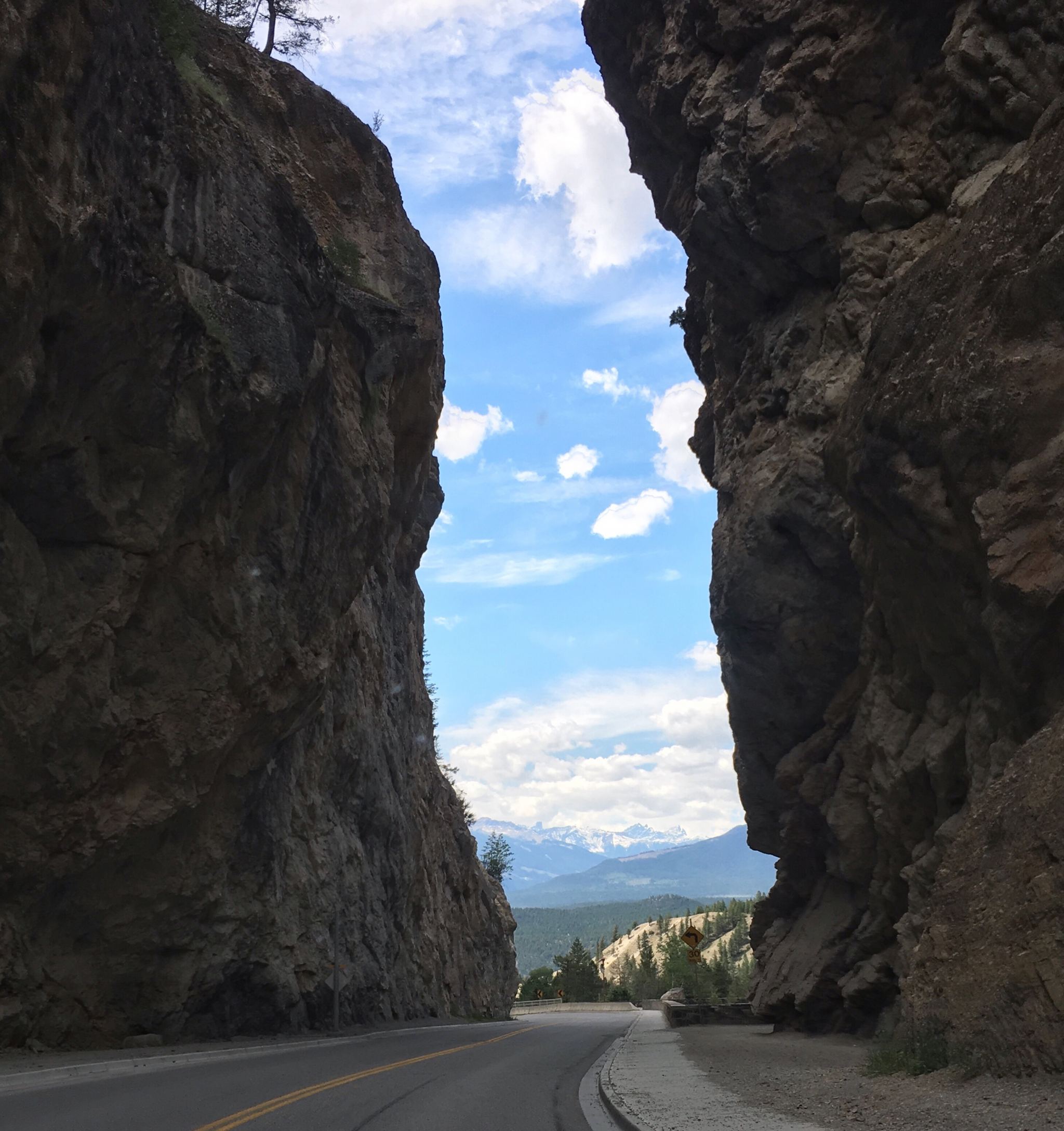 The drive to Radium

The next day we drove the hour and a half bear-spotting route to Radium hot springs. Which was (surprisingly, given the crowds at Lake Louise) quiet, with beautiful views, and a total delight for the children who hadn’t been in a hot spring before. 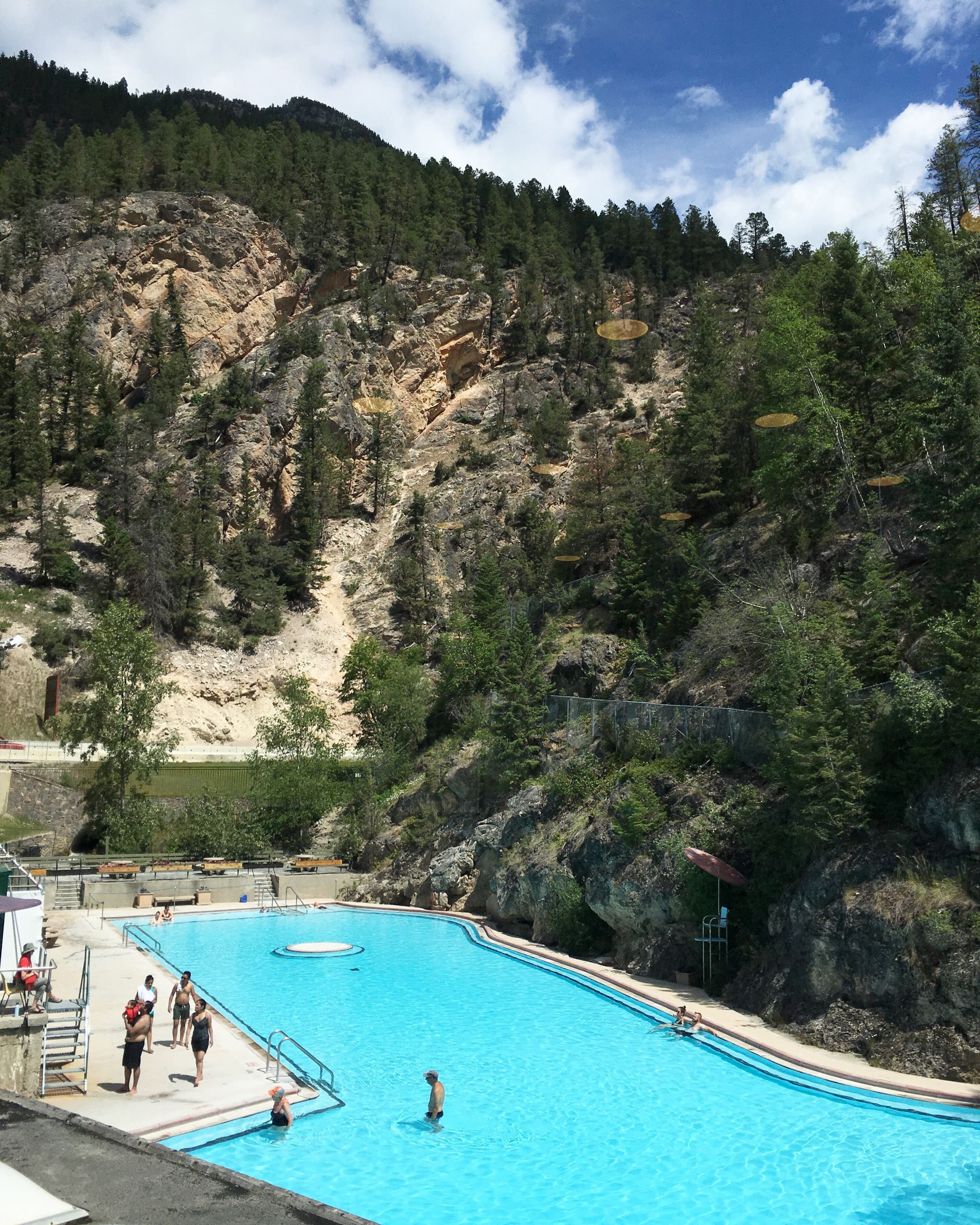 I left my phone in the locker so sadly for you no swimwear shots. Just a photo through the window on the way out.

Super hot but really child friendly – there is also a cool pool that kids could enjoy, although we were the mean parents who restricted the hot springs visit to the hot springs pool.

And then, slightly anathema to the winging it / explorer nature of a road trip, but also a pleasingly familiar way to round out the trip, back to the Sicamous KOA for a final pit stop (read: train ride), before the next day final stretch back to Vancouver Island. 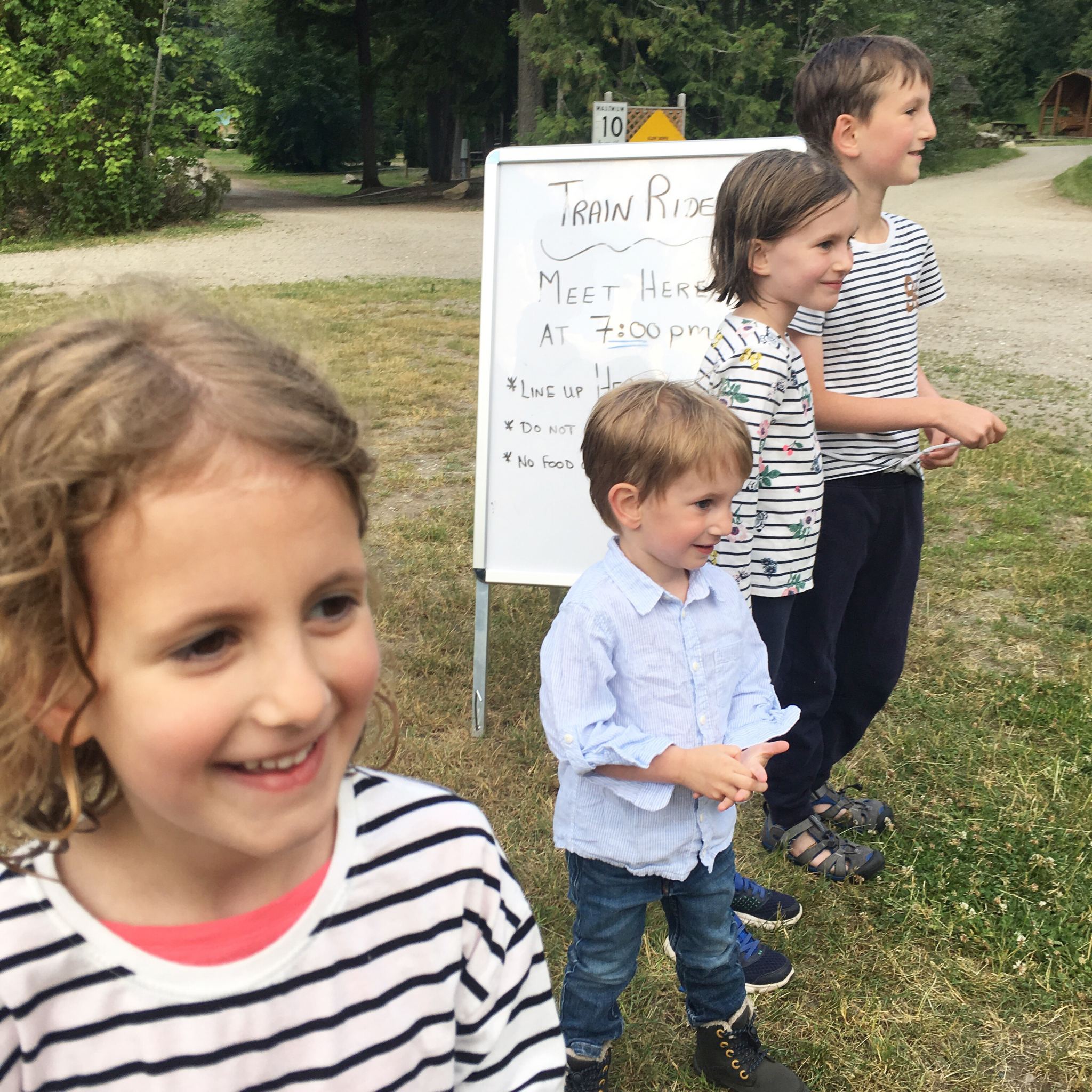 Home, to enough laundry that I have taken refuge under the guise of feeding Hugo and am now procrastinating wildly by writing an elaborate and probably far-more-detail-than-required blog post. 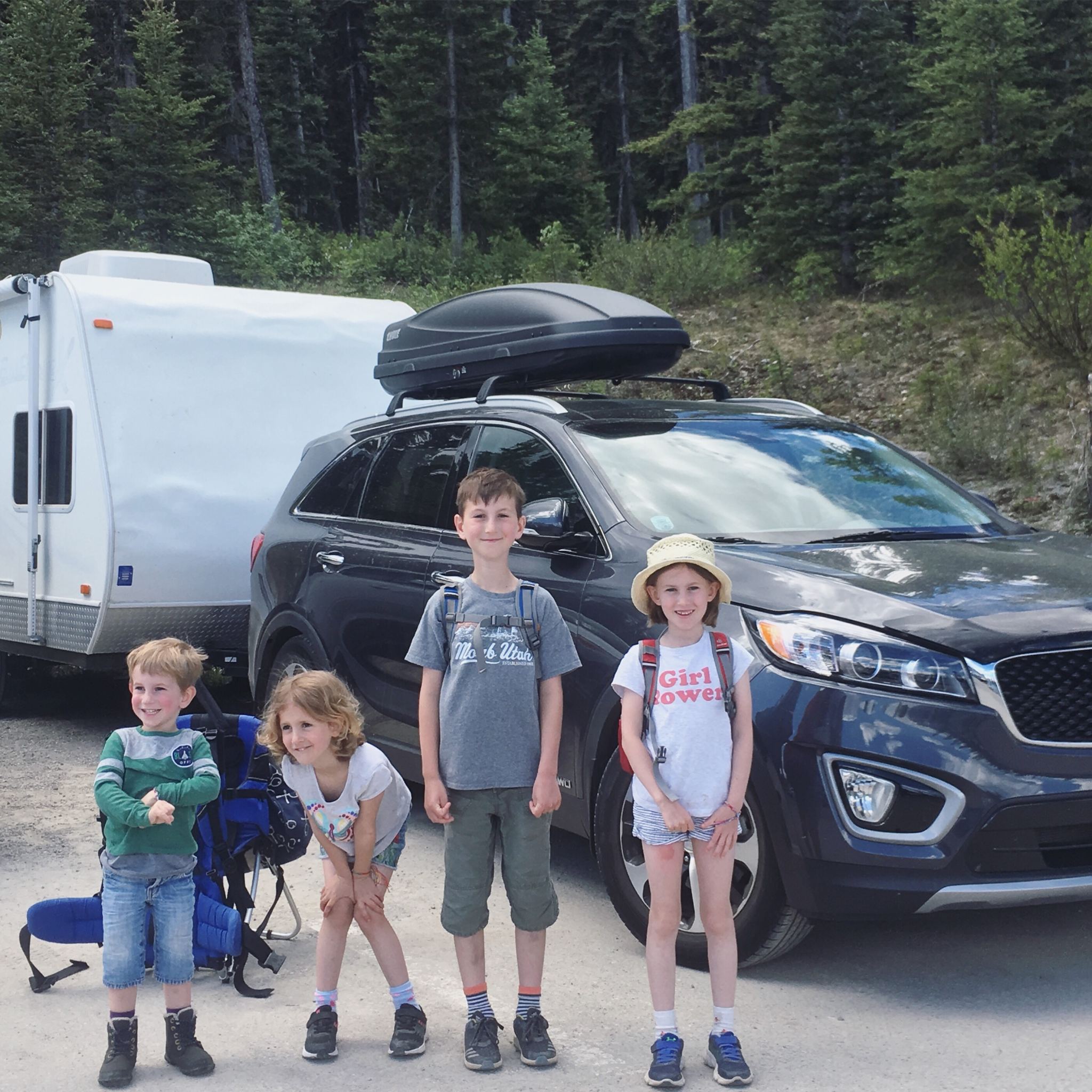 Next tiny trailer trip: the Grand Canyon. Or so mr tMatM thinks. I’m not so sure. Can we make it? 24hours of drive time might mean it takes us months with Wilf and his bathroom break demands from the back seat. Will keep you posted!