It’s true! We made it off the island; on to the ferry (without major incident this time); out of the ferry; to the US border; through the hoops set by an over-zealous border agent; across some mountains, to an exceptionally glamorous first night camping by the motorway/highway: 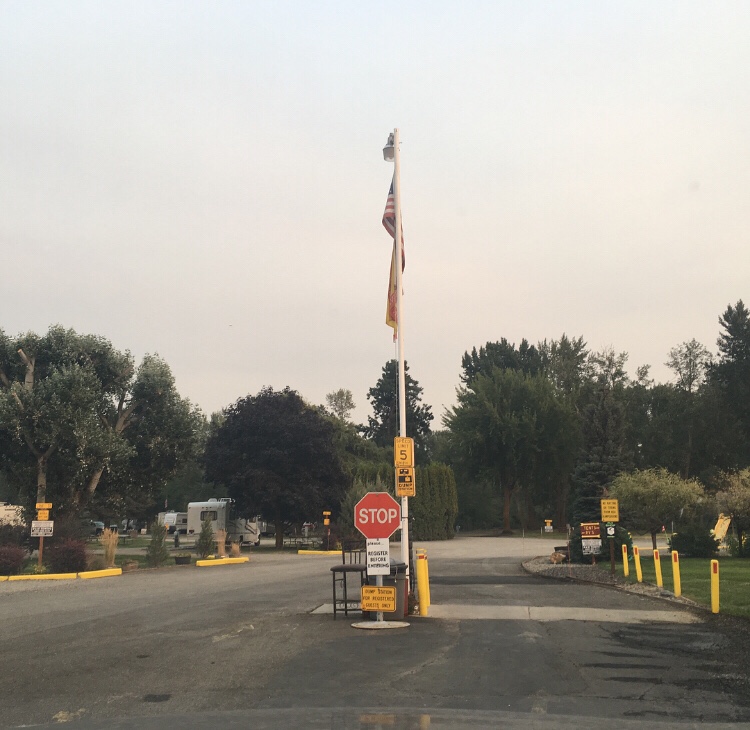 Only a casual 10 hours in transit.

Its surprisingly lovely to be somewhere that feels nothing like the west coast.

Tofino was beautiful, despite the chilly misty mornings, but I think we were ready for something a little different: 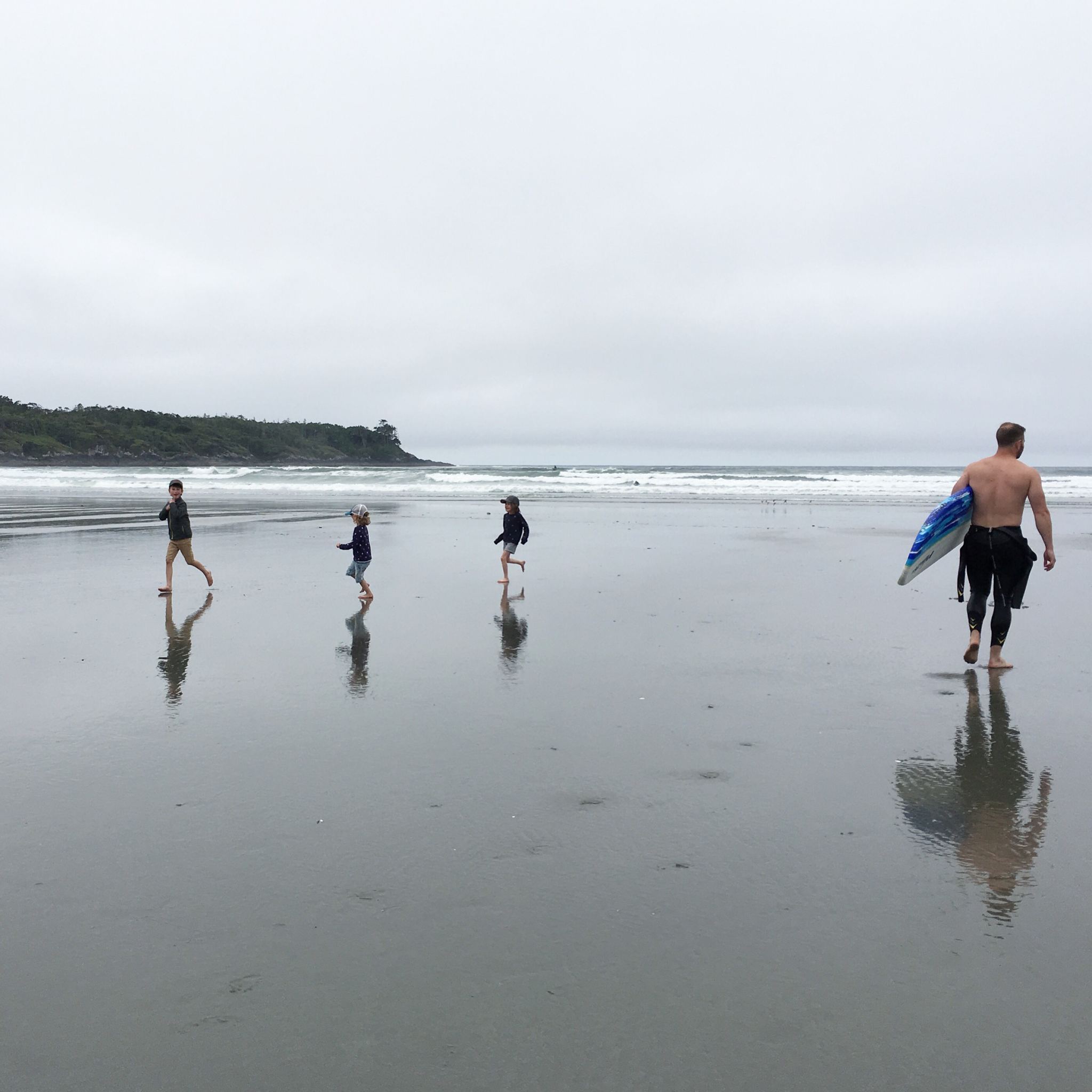 The surfer is not mr tMatM, to clarify, but the children are all mine.

Even the ferry wasn’t too traumatic, despite my worries that Mim (4) would be too traumatised to return to the scene of the crime. She was totally nonplussed of course but I maintained a vice like grip on her arm pretty much the whole trip. Apart from a brief venture out on deck: 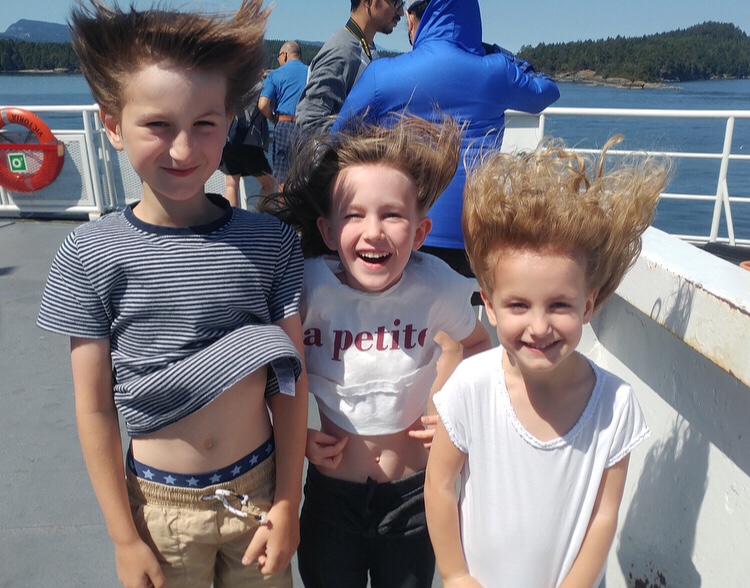 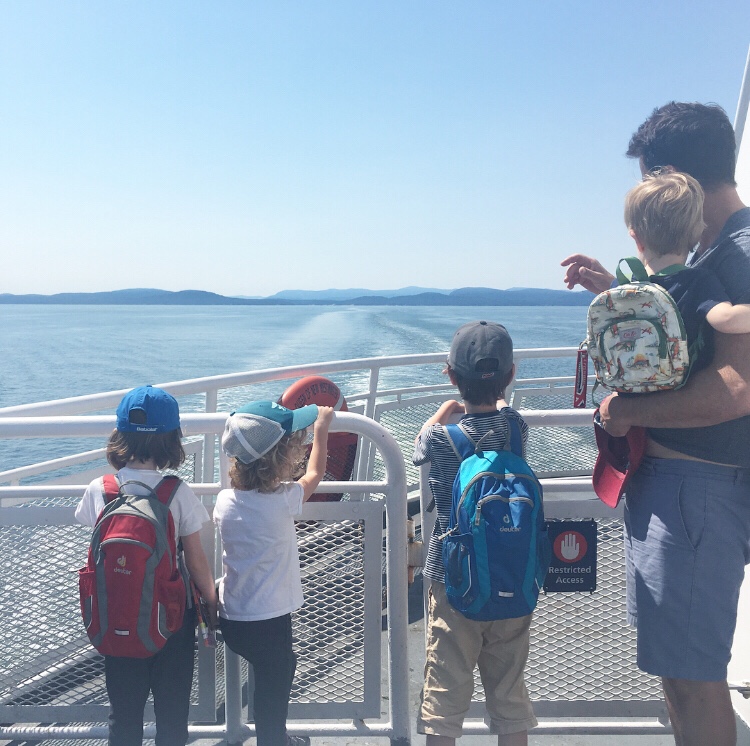 This calm scene is not representative of our family on a ferry.

And most importantly, who can resist the lure of some in-ferry-purchasing? 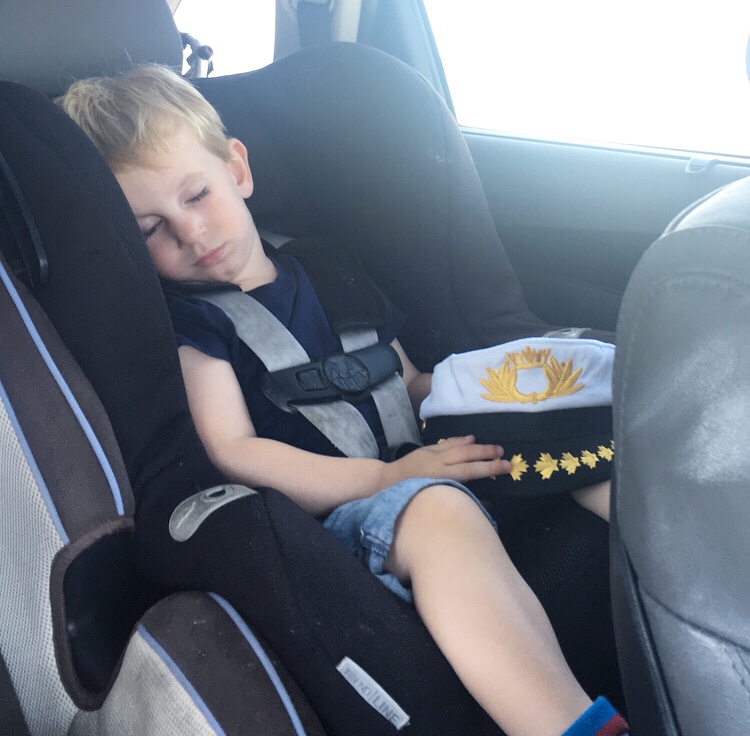 I would like to tell you that possession of the captain’s hat has not been hotly contested all day but that would be untrue. As evidenced by Wilf, asleep and still clutching it in triumph.

It’s midnight, my free campground wifi is about to run it’s course, and I have four sleeping children around me who will almost certainly wake up in about five hours. All that to say: more soon!