Whew, that was a long and uncomfortable silence wasn’t it?!

What can I say – week 10ish of summer holidays and my days are looking pretty busy.

The summer here has been long and hot and actually remarkably relaxing. For everyone apart from me. Not true! It’s been a delight. 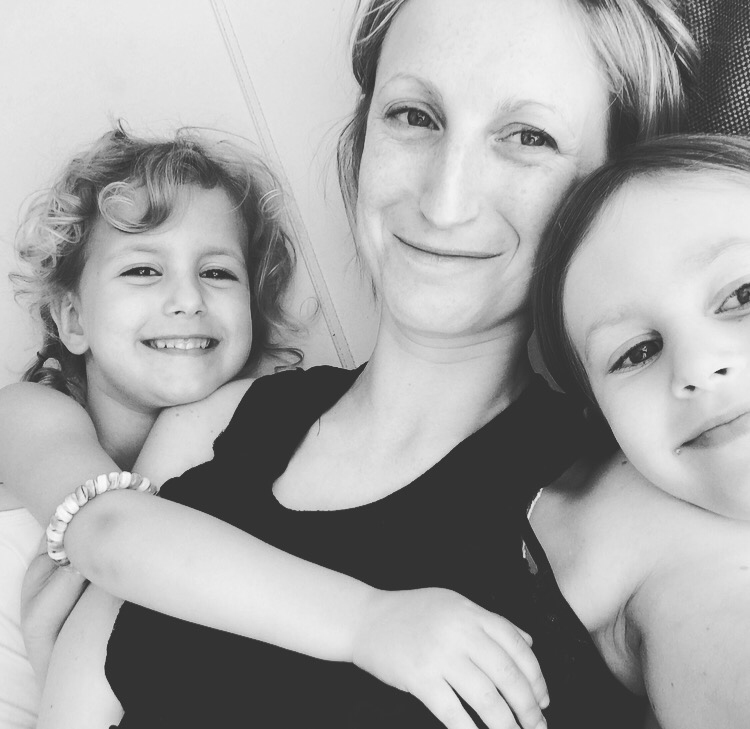 I’ve had quiet moments with all the children in various combinations. Above, reading quietly in our hanging tent with the girls.

During term time it’s hard to manage sometimes, finding quiet moments with one or two children alone – and it seems to be getting more important to make time for this, now that the older ones have some needs that are harder to meet with toddlers along for the ride. 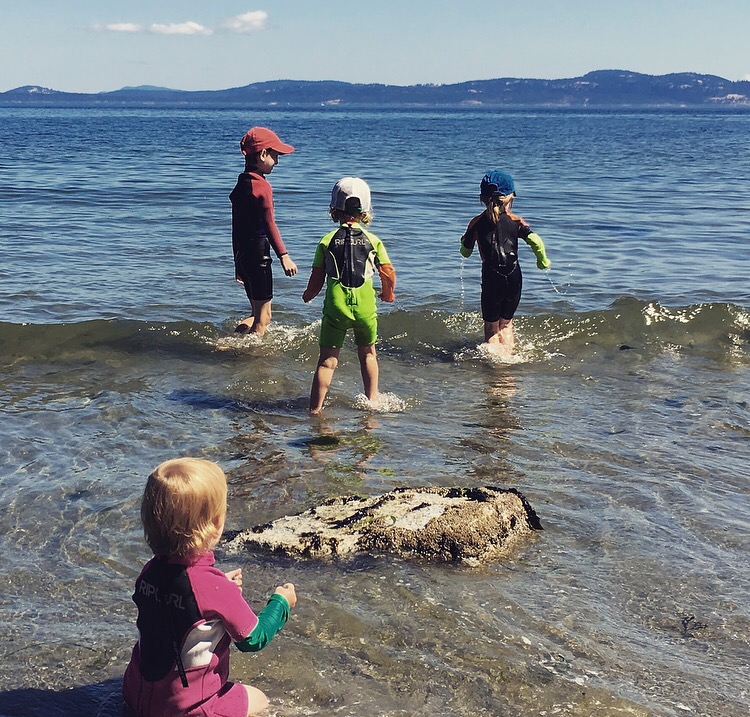 A summer has been long enough for our 14 month old to really become part of the crew. He thinks he’s big enough to join in, even when that means wading out into open ocean. He’d happily give it a go. 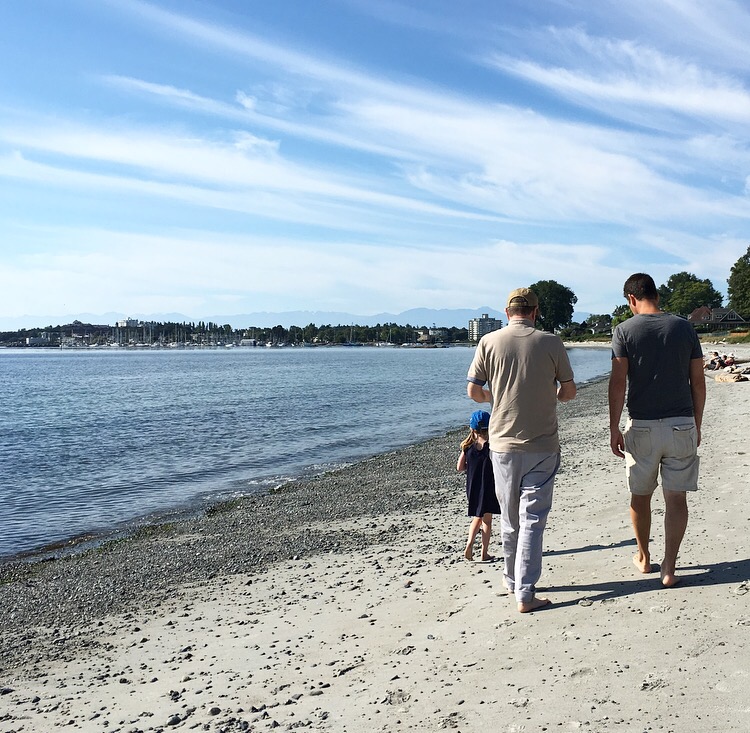 A visiting grandparent! My dad is here and it’s so nice to see him.

…Which also means, photos of mr tMatM and me both in front of the camera. Casual pose, had no idea a photo was being taken.

As an aside, I know those shorts are unseemly, unforgiving, unfortunate. I may have had these for nearly 15 years. Rest assured this was only their second outing of the summer and likely their last.

Two other things to report, before we return to some kind of normal routine on tMatM.

First: after being super impressed by the Pixi Beauty Glow Primer I branched out and bought the Pixi Glow Tonic that everyone has been raving about for ages and I have steadfastly avoided. Mostly because by the end of the day the thought of adding any kind of glow to this face is not only laughable but also less important to me than just getting my face on my pillow as soon as possible.

In any case! I bought it a month ago! I have been relatively consistent with it! I think my skin looks better – a little brighter.

I mean it doesn’t do anything about my exhausted eyes and frown lines but pretty sure we all know who to blame for those, and it’s not Pixi Beauty. I agree, to an extent, with Vogue declaring it a beauty hero.

There is a drawback though, and that’s the scent. So floral! Reminiscent of talcum-powder. I’m not a big enough fan to overlook it. I mean, it’s not offensive enough to make me ditch the bottle (like I did with the This Works Perfect Legs);  but it is offensive enough that I’ve already sourced this Clarins alternative to try next. Will report back.

And finally, the recipe for the berry cake I made earlier in the summer. Mine was a little bit ugly; Deb Perelman’s was beautiful. It’s remarkably easy, really fresh and light and perfect for summer. I altered it originally as I didn’t have any lemons or buttermilk – so made it with orange zest, juice and regular milk. Delicious. 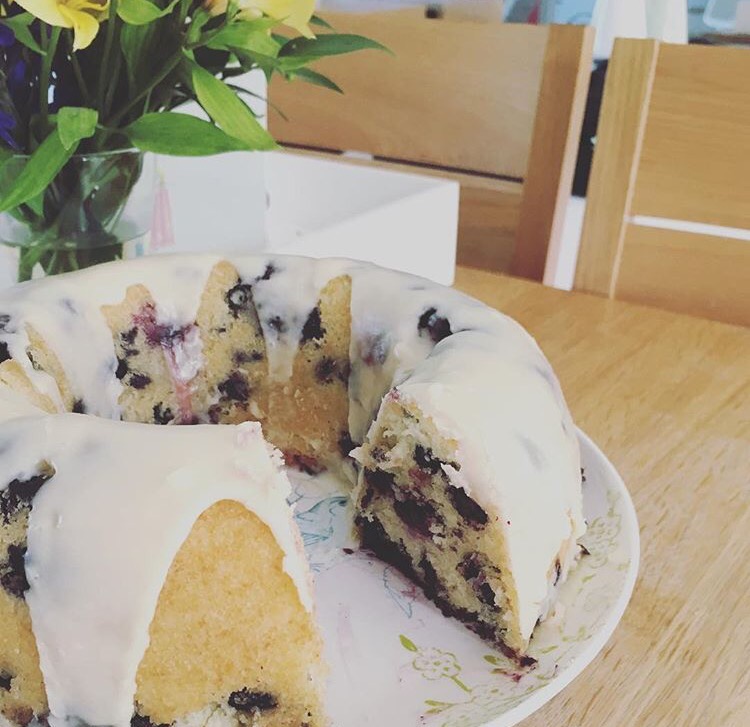 This time around I was better prepared on the lemons and buttermilk front – but lacking in berries, so made it with just Blackberries. Still. Delicious.

What we can conclude is that the recipe is forgiving enough to allow for some essential ingredient-lacking modification. You won’t regret trying this one. Today I made the same quantity into a loaf cake and 12cupcakes which also worked out very nicely! Go forth and bake.

Ok. We’re back on track. Thanks for sticking with me.