This is one of those crafts that ranks highly on my smug rating, having been all over Pinterest with some pretty striking results – perfect for decorating your children’s rooms.

Look at some of these lovely examples!

Ours aren’t as impressive. But I did have a 7, 5 and 2 year old working on these simultaneously; they all enjoyed themselves and they were so thrilled with the result that they had to be immediately stuck to their bedroom doors. So I think we can call that a smug success.

And I was only needed for knot-tying assistance for the 7 and 5 year olds, and – well, somewhat more involved with the 2 year old, but still – pretty lazy too.

(Think these would benefit from a Pom Pom too, by the way, so may get on the case tomorrow).

Without further ado! I cut the children’s initials from some stray paper plates. I presented them, along with some wool and some tape, and showed them how to secure an end of the wool with a knot around the letter. Then really, sat back and let them get to work winding the wool around the letters: 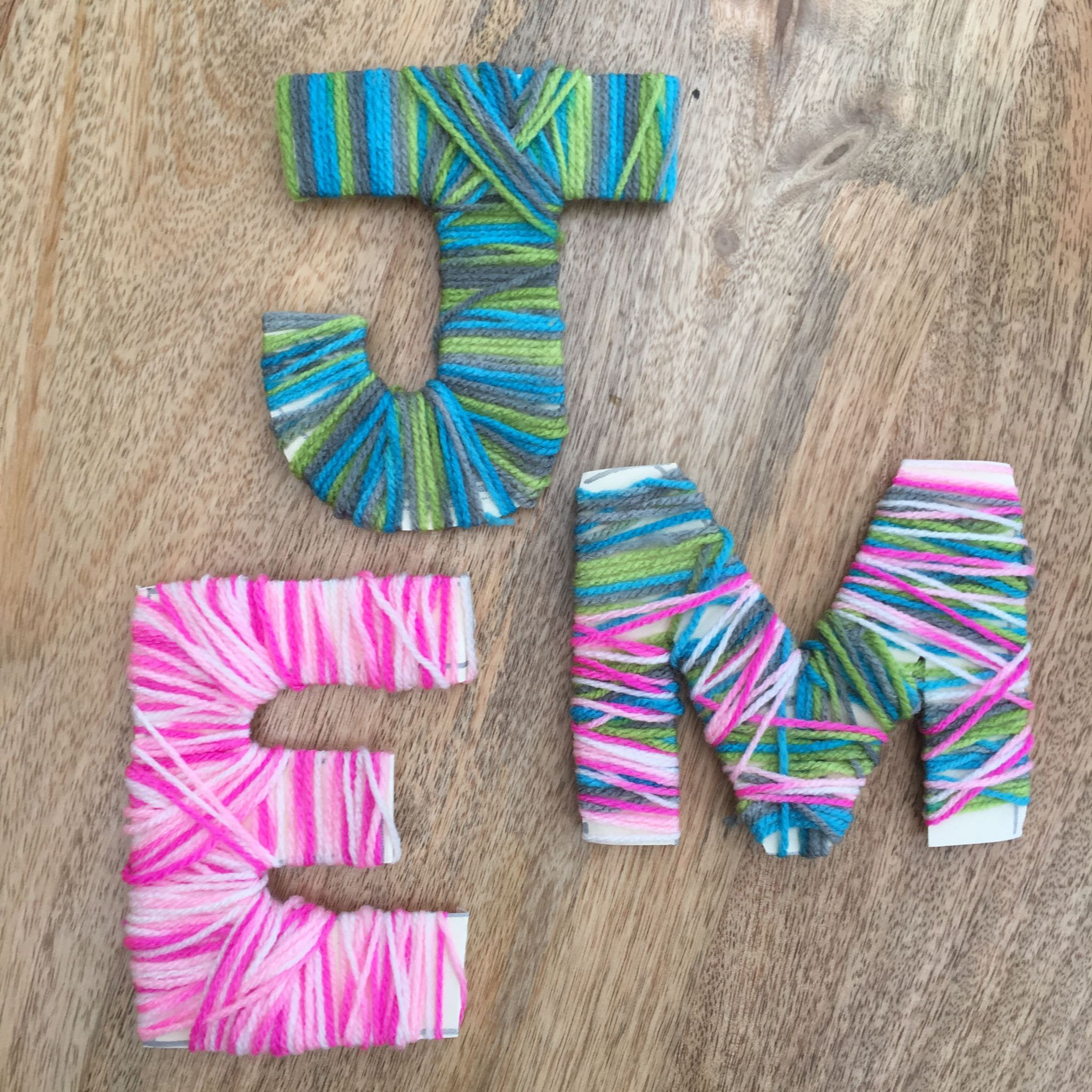 Next time I’d probably have them paint the card first, or use a nice bright coloured card. Then there would have been less pressure to wrap them quite so densely… but still, they look nice (and gender specific of COURSE) 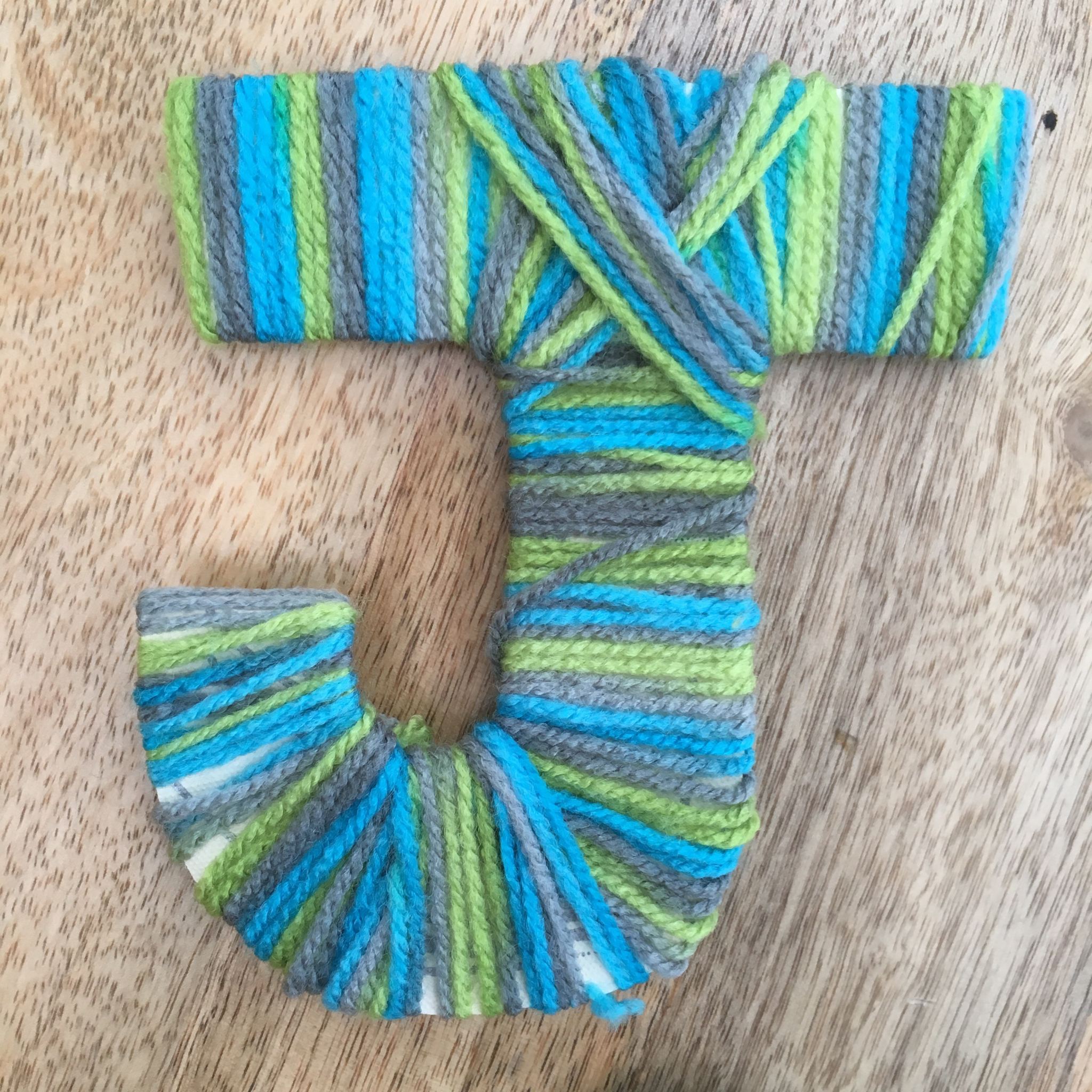 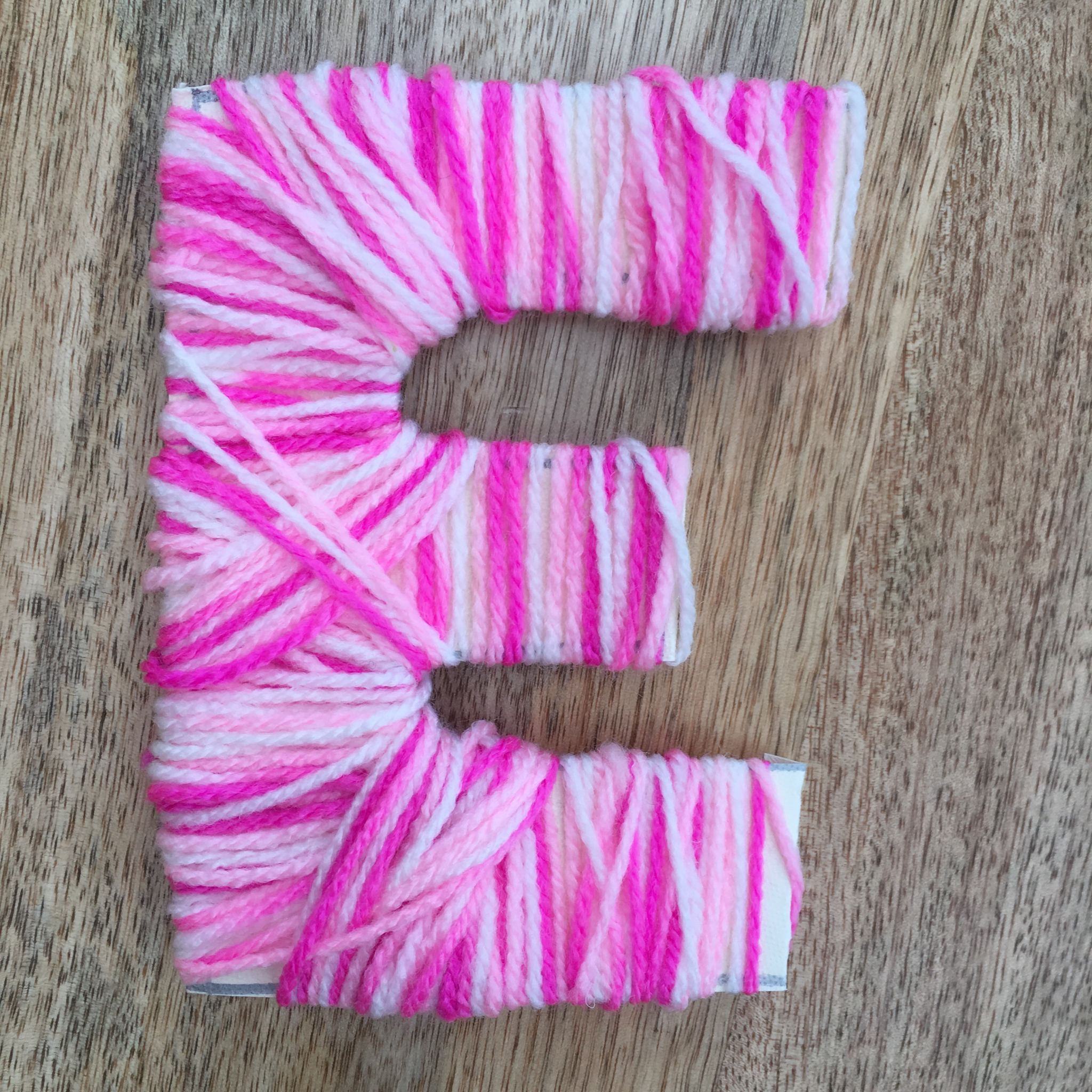 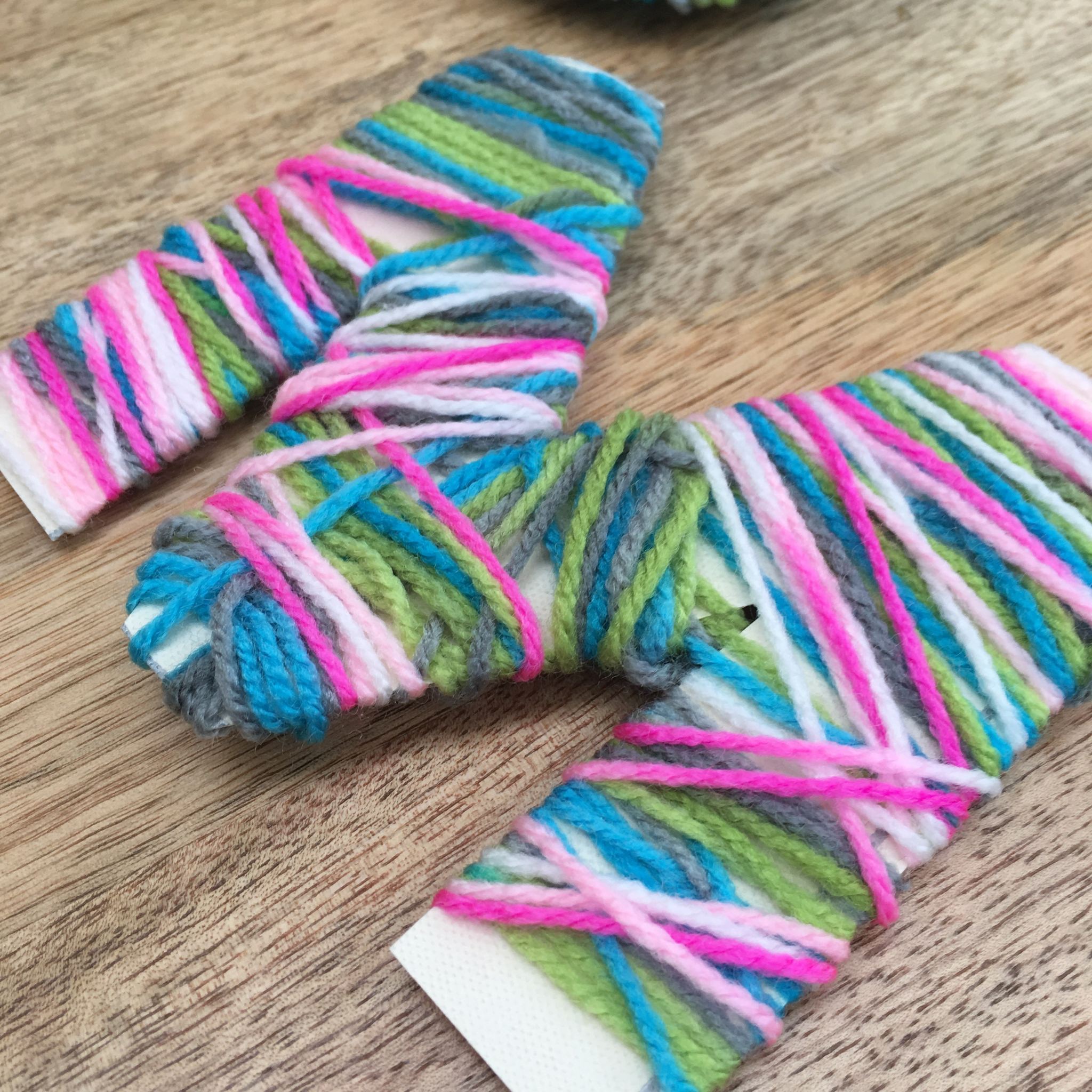 And, a nearly-3 year old, with some help

There are also lots of seasonally-specific versions of this craft that I think could work really nicely. Wool wrapped christmas ornaments; hearts; or, for any panicking dads out there, even Mother’s Day (maybe in combination with some nice bath oil)… 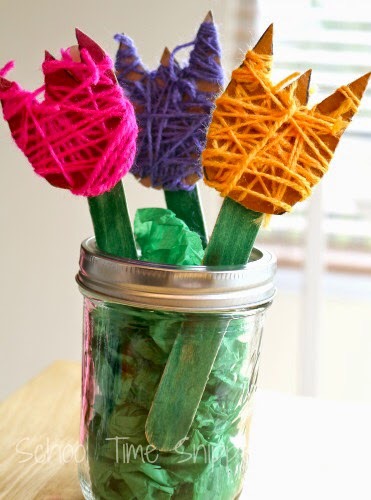