Deciding on how many children you’d like is one thing; deciding whether you want to have them close in age or spread out is a pretty separate and major decision in itself.

I’m not suggesting that any having-of-children doesn’t come down to a bit of luck. It’s not like you can decide to be pregnant at a certain time and expect that to work out exactly to plan, anymore than you can expect to have an easy natural labour and then have that end up just as you’d hoped.

But, just as the midwives insist you write a birth plan… just as you write a birth plan and then sit back to see how the reality unfolds, so too it seems not unreasonable to have some idea in your mind about how you might like your family to be spaced, if you are thinking you’d like more than one child.

My husband and I always loved the idea of having 4 close together in age. They’d make such a team! (As an aside, this Michael McIntyre sketch on couples talking about having children is very funny and painfully accurate).

So there we were, after our firstborn had arrived, naively musing about our future plans for a big family.

And despite moments over the years wondering how it would be possible to add another baby to the already busy household after two, then three children, we stuck to the program and here we are with our lovely four. 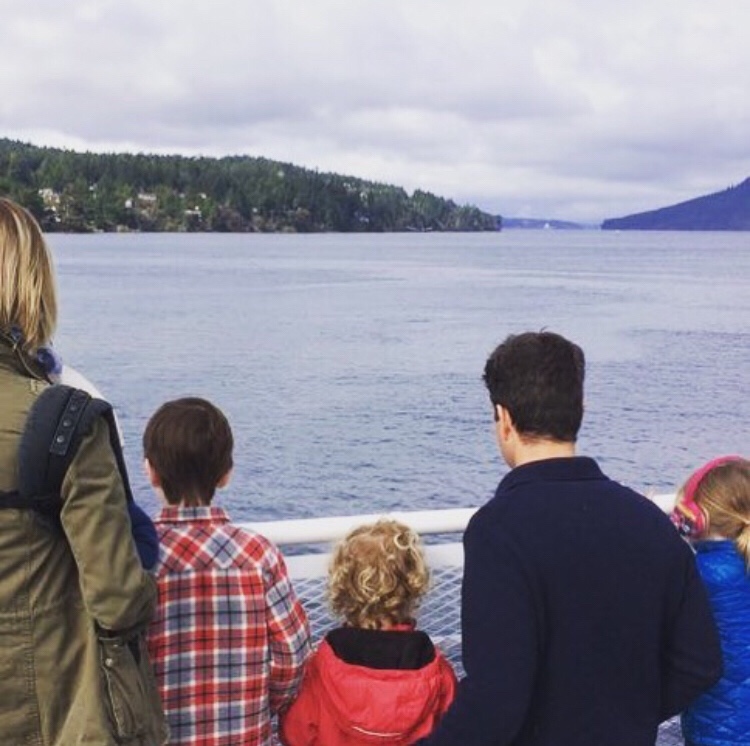 Anyway, someone commented on a previous post and asked whether I’d do the same if we could make the choice again. What about the impact on career and life, of having children close together?

The spacing of your children is certainly a major indicator of a family dynamic. Or at the very least, of your family noise levels. Our volume levels are at 11, but I’d make the same choice again. 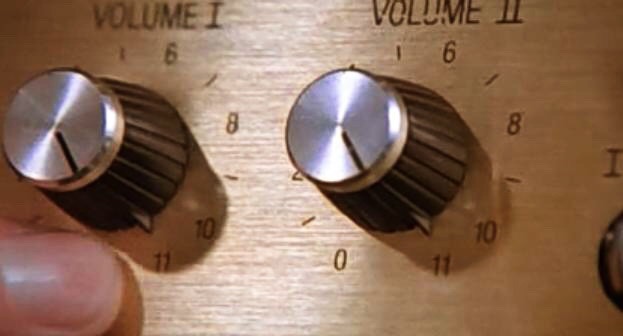 It’s worth just saying also that of course I’m not saying any of these things wouldn’t be the same for an only child, or a child from a family with larger spaces in between children. I’m just talking from our experience about how the group of four closely spaced has affected our family. And here’s what I know:

Our naive family planning was right on at least one front: 4 children close in age feels like a real team. Or, you know, a poorly run classroom. They have similar(ish) interests, similar schedules – they can move quite happily as a pack. 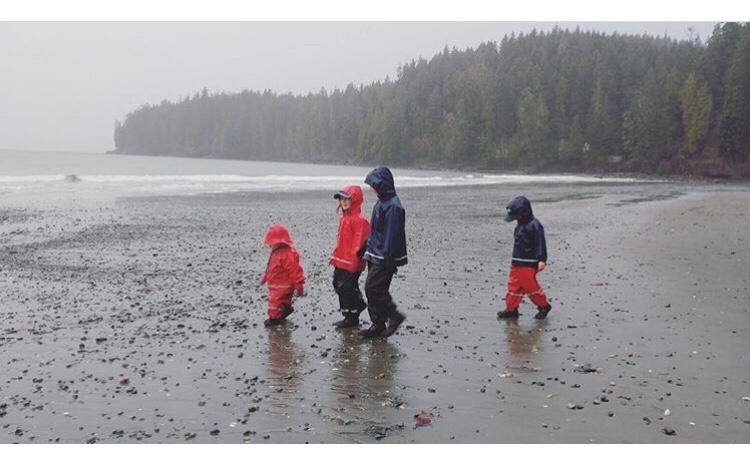 I list this at the start as it really is my favourite part of having all of them close together. Watching them growing up so closely is – forgive me a moment of real earnestness – completely awe inspiring.

I never imagined a 2 year old could be so competent but when they already have a younger sibling – and this time around,  also two older siblings to model from – our 2 year old is remarkably independent. In fact they all are really, in part because it is impossible for me to be in many places at one time and so there are occasions where they just need to get their own shoes on.

Not that I’m a middle child with a chip on my shoulder, but a handy outcome of having 4 seems to be that they pair off and no one is left solo. Being close in age also means that there are a number of nice combinations of pairings – our 7year old is very responsible with his baby brother, gentle with his 2 year old sister, and a little more rambunctious with his 5 year old sister. And so on. 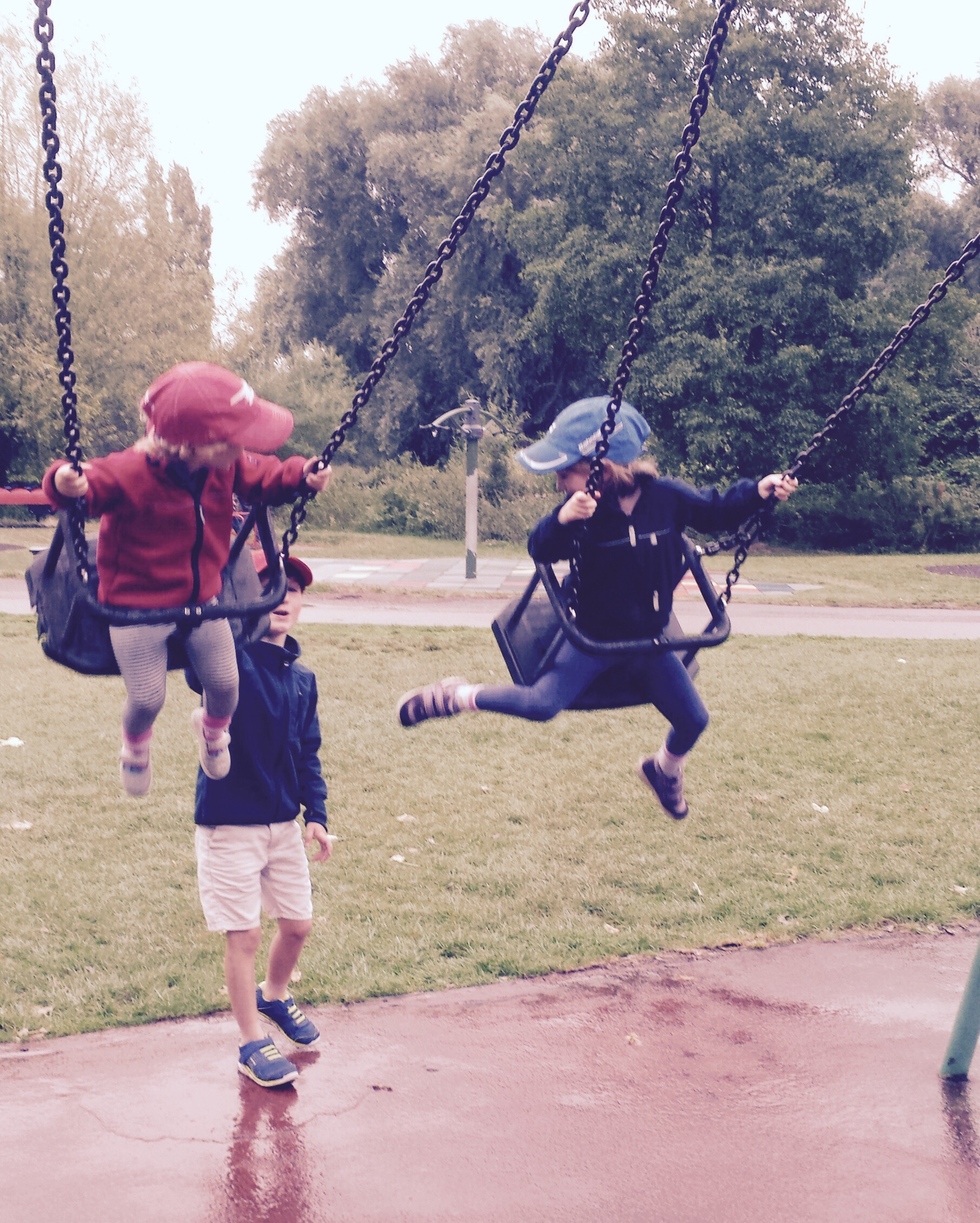 4. You’re getting no sleep anyway

That sounds a little more negative than it is meant. I just mean, we are firmly, deeply, in a phase of life where sleep, or leisurely lie ins on a Sunday with a paper – these things are distant memories. My husband would count 7am as a lie in now.

One of the things I considered, given how much I love(d) my sleep, was that if we had a larger gap between children – and got somewhat back to a more normal nighttime pattern of sleeping in more than 2 hour blocks – that I might be reluctant to return to newborn chaos. I think I would find it hard to give up sleep for another round of ridiculously long nights and stumbling days.

I think this is the biggest foreseeable drawback of a larger family, and one that is potentially in sharper focus when you have a young larger family. 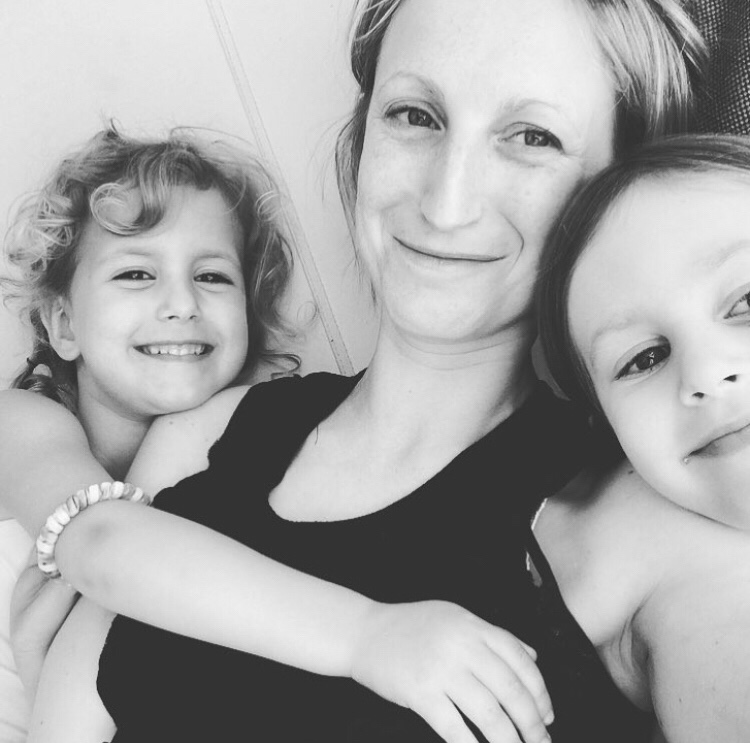 I have fleeting quiet moments with each of my children that I adore and treasure, and I imagine that in a less busy household you’d have more opportunity for these blissful quiet moments together. 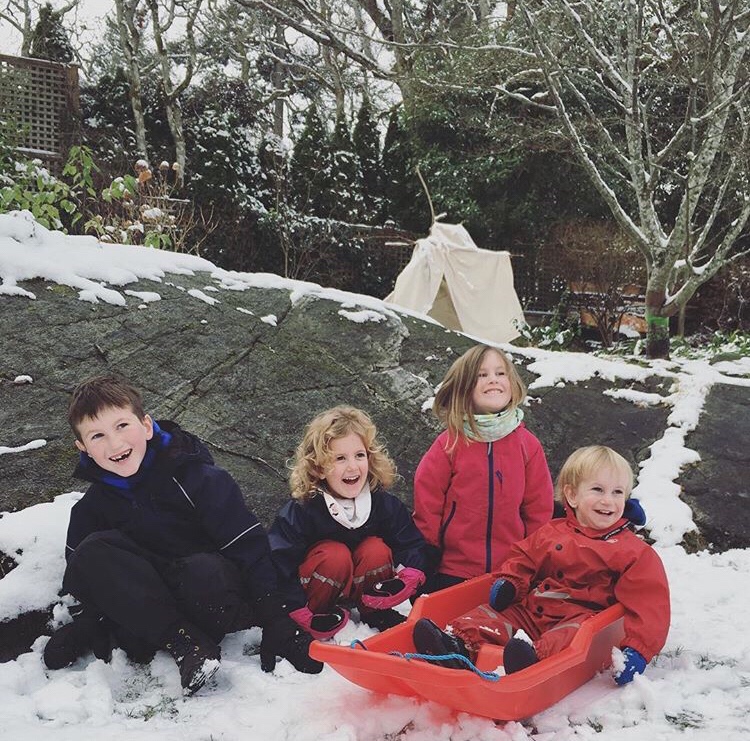 Whenever I feel worried about this, I remind myself (or my husband reminds me if I am really in a knot) that they have the support and attention of their siblings as well as me. And in fact that really all they want and need from me is love and a solid and unwavering presence from whom they can go off and explore the world. That said, my selfish maternal instinct means that I also try to make time to have solo trips with them all, even if it is just for something as exciting as a trip to the supermarket. 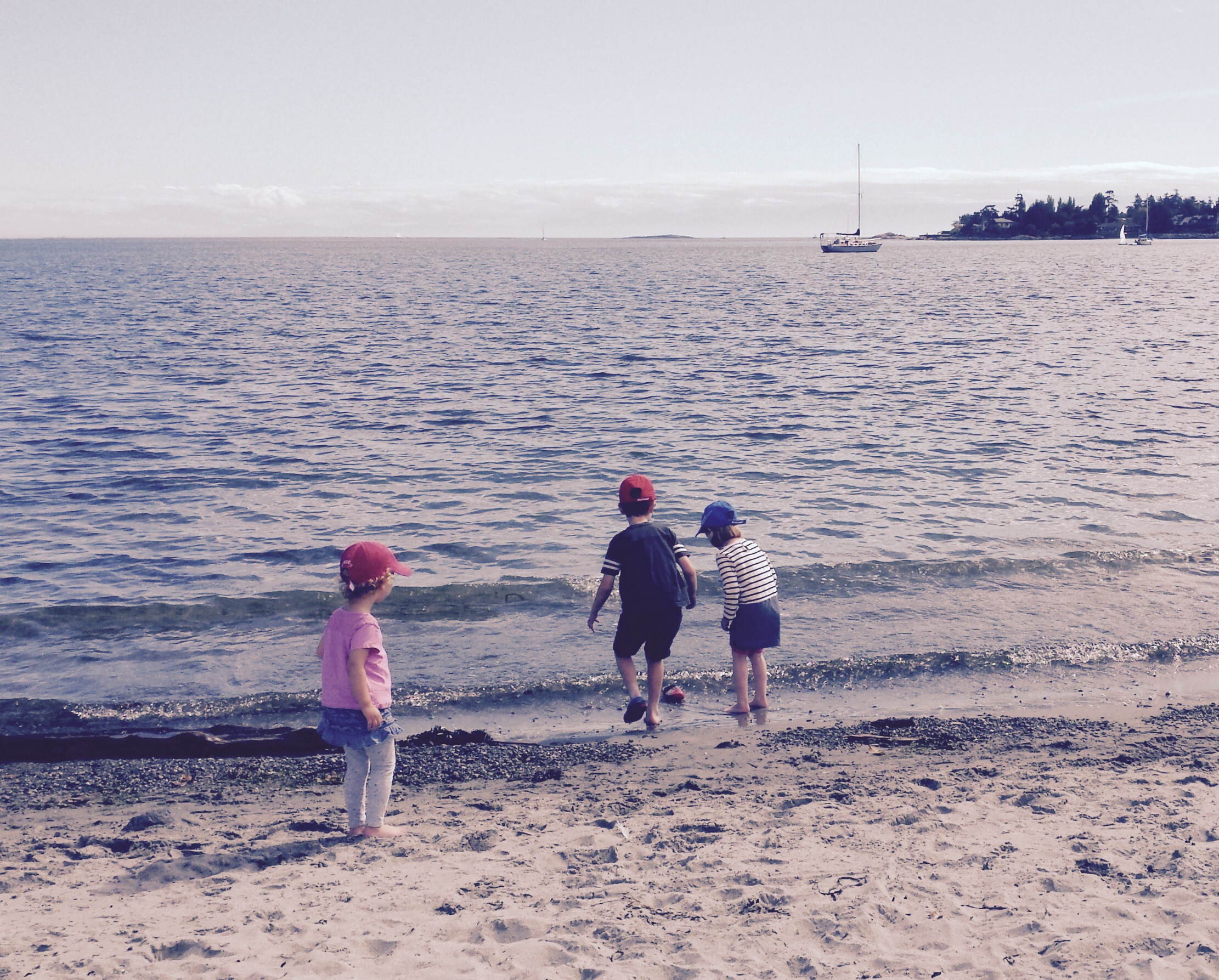 N.B it is almost impossible to get them all to look at a camera simultaneously

I can’t say for sure whether this is heightened given the closeness in age but I can say that there is some intense rivalry and competition in this household. 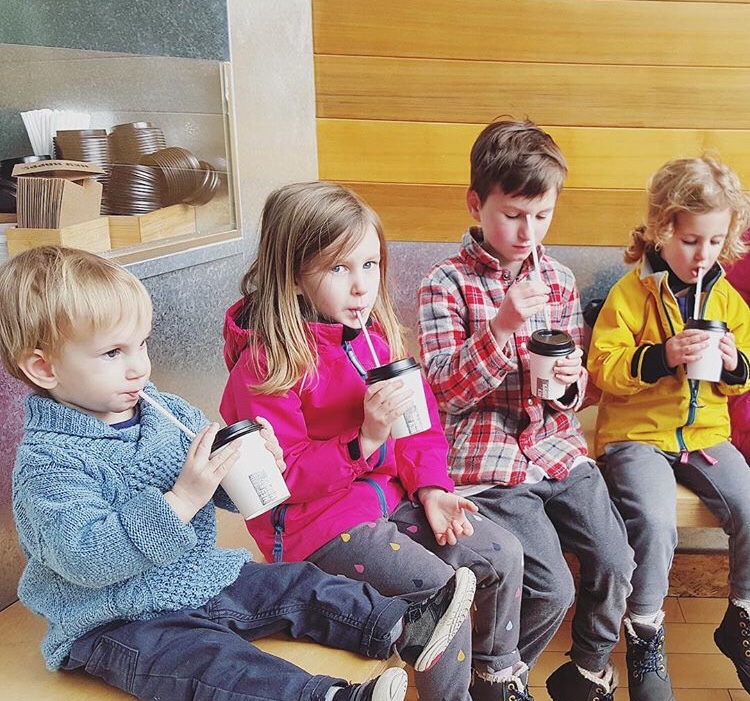 Being at similar developmental stages means that they are capable of similar things and so the desire to stand out becomes pretty serious. There is a lot of competitive helpfulness.

‘Try not to shout’, I say to my 5 year in the car. ‘But I tried saying it quietly and nobody heard me!’ She shrieks back. And it’s true; to be heard in a mob of children you have to up your game – or your volume. So the noise is pretty intense. It is no coincidence that we made the move from a terraced house to one with no shared walls.

8. It is very physical

Having 4 children in a short space of time is pretty physically demanding – multiple pregnancies and births followed by the classic baby/toddler combination. I am always carrying at least an extra 20lbs around with me – not (just) baby-weight but carrying either a baby or toddler – or both. 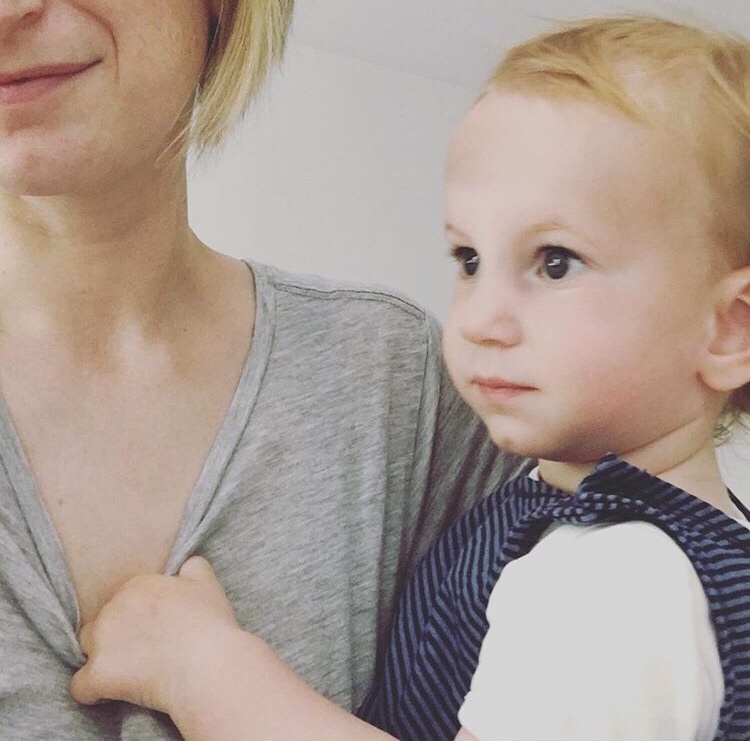 Plus, manhandling children into car seats, out of strollers/prams, away from roads, off climbing frames, you get the picture. It’s manual, back breaking labour.

9. It is hard on your social life

In a couple of ways, really. One – I have been with pregnant, or nursing, or both – continually for nearly 8 years now. (!)  Which is obviously not a great combination for a raging social life. Maybe you are better at finding a balance than me. But I have definitely found it has had a fairly big impact on my life, socially.

Secondly… we are a big crowd now! So I often shy away from attempting too many social gatherings en masse. Keeping track of 4 children at a party is not the most relaxing way to enjoy your free time. So a lot of our weekend downtime involves relaxing with the children at home, or on outings where we don’t feel like we are imposing our chaos on anyone else.

I have also been going to the same types of toddler groups non stop for a long time which means that my passion for making new friends has taken a hit. There are only so many times you can discuss toddler snacks or bedtime rituals in a friendly and social way over a cup of coffee before you just prefer to sit in the corner, silently.

Also worthy of a mention: even if you are in a position to leave your children and want to spend some time with your husband, the options start to look pretty limited for babysitters or relatives who are willing and able to look after 4 small children. It’s not quite the same as asking someone to look after one or two quiet child/ren. 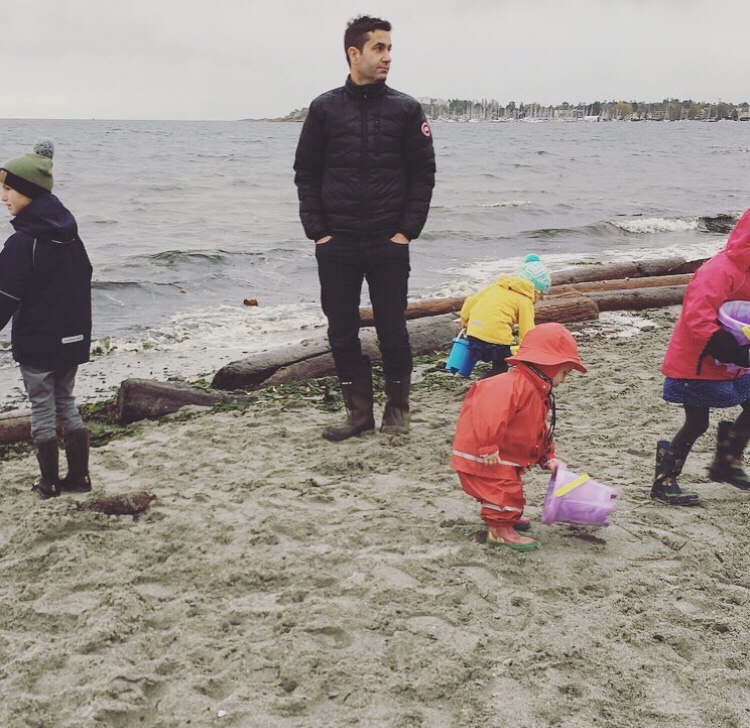 People are very keen to ask if you’ll go ever go back to work. And the only reasonable answer, other than to ask if they’ll ever get a promotion, is that I definitely won’t be a stay at home mother when I don’t have any children at home.

Careers and small children are a pretty hard combination in any guise and really this is a very personal decision – and one that depends on your childcare options, and thoughts on whether you want to be home with them. I was happier to have a block of time where my focus was at home. It seemed harder for me to keep attempting to return and re-establish in between babies and also, I wanted to be at home, but that is a whole separate topic for another post…

…So there we have it. The good, the bad and the noisy, when it comes to having a crowd of preschoolers in your house. And don’t expect to go anywhere without at least 7 elderly people stopping you and saying “you’ve got your hands full, haven’t you?”