Like all parents (I hope?)… maybe; or at least, like many parents, I could fill an entire album with photos of our firstborn’s first day.

I could fill a slightly smaller album for our second baby’s first days, then balancing a newborn and a toddler.

And for our third baby… well, I now have a set of photos methodically documenting her selection of essential toys kept in her bed through her toddler years. This week: 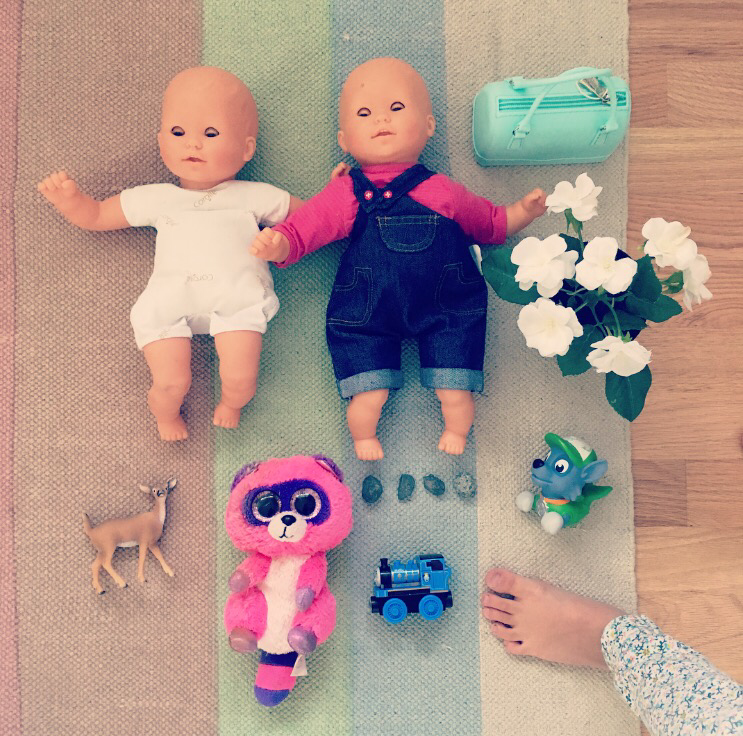 The foot, by the way, an unstaged intrusion as she came barreling down the hallway to find me taking a photo of her collection in her bedroom.

I think the IKEA fake flowers have done it – I think we might have reached peak random?

As an aside, the Thomas tank character brio train is one of those excellent stand-by toddler gifts. Pick an obscure character (Salty, anyone?) and for extra points, give the book alongside it. There are so many lesser known characters that you can be fairly confident it won’t be a repeat, although the good news is that even two of the same trains are still going to be played with – so still not a wasted opportunity. Steer clear of the main characters obviously and if the child happens to be called Thomas – or Percy (you never know) then definitely don’t add to their doubtless already heaving collection of namesake memorabilia.