I think I’ve already alluded to my now-husband and I not being married when we had our first baby.

After a few months of this new family life with multiple surnames we thought, in fact, maybe we actually would like to get married, after all.

But what kind of wedding did we want? I haven’t ever felt a rush of desire for a white dress or a big event, and really I am a (closet? Or not so closet) introvert at heart, so am not particularly drawn to being the centre of attention. Or, you know, navigating family/friend politics, seating plans and the general logistical challenge and financial burden that constitutes a traditional wedding.

On the other hand, we didn’t much fancy signing papers alone like we were doing some kind of under-the-table business deal. We were excited! We wanted to do something romantic!

So… we eloped, to the Caribbean. And, it was total bliss. 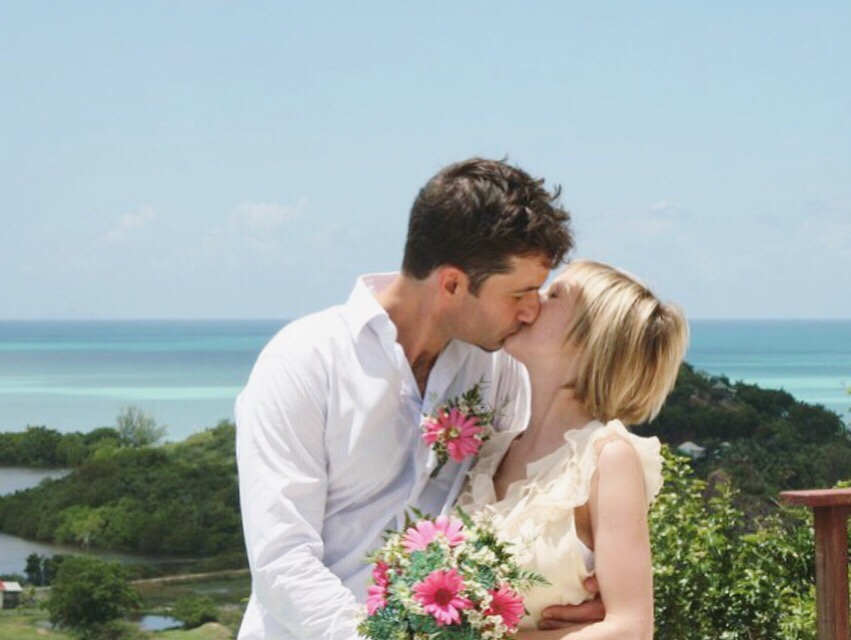 I know that an elopement comes with some fairly big implications – that is, forgoing the opportunity to publicly declare yourselves in front of friends and family (and, for some people, forgoing the gift list… come on, just a little bit) but for us, eloping was the absolute dream wedding.

We really stuck to the basic goal of an elopement and kept it a secret. We didn’t even mention we were going abroad to anyone, and snuck off to heathrow feeling flush with the excitement of a surprise.

We wrote ‘just married’ cards to post from the airport, to arrive with our closest family and friends a day or two later, letting them know what we were up to. We felt like this added some theatre to the event.

I mean, we already had a baby together, so while this may have raised eyebrows I didn’t feel like it would leave our parents gasping from shock at the letterbox. If you are considering eloping with someone a little newer to the party, you may want to prepare the ground before you break the news quite so abruptly.

This wasn’t a traditional wedding, and the aim of the game was – in part at least – to keep things less stressful, so we didn’t wear formal wedding clothes or spend ages ordering the perfect wedding bands. We ordered some rings online and I picked up a pale blush dress in the big Topshop in oxford circus. 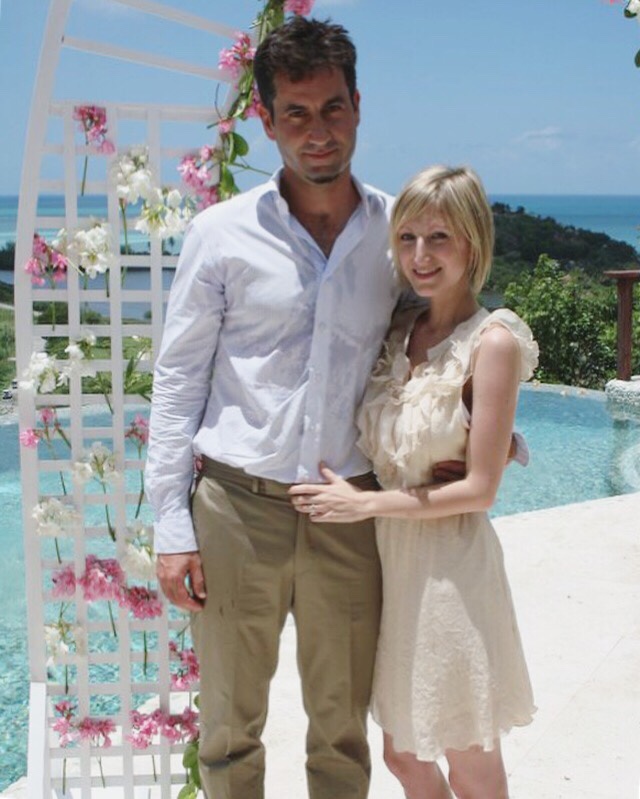 If you want your marriage to be legit this is a sort of no brainer, but I didn’t realise before we started thinking about destinations that getting married in some countries wouldn’t count as a legal union in our home countries. 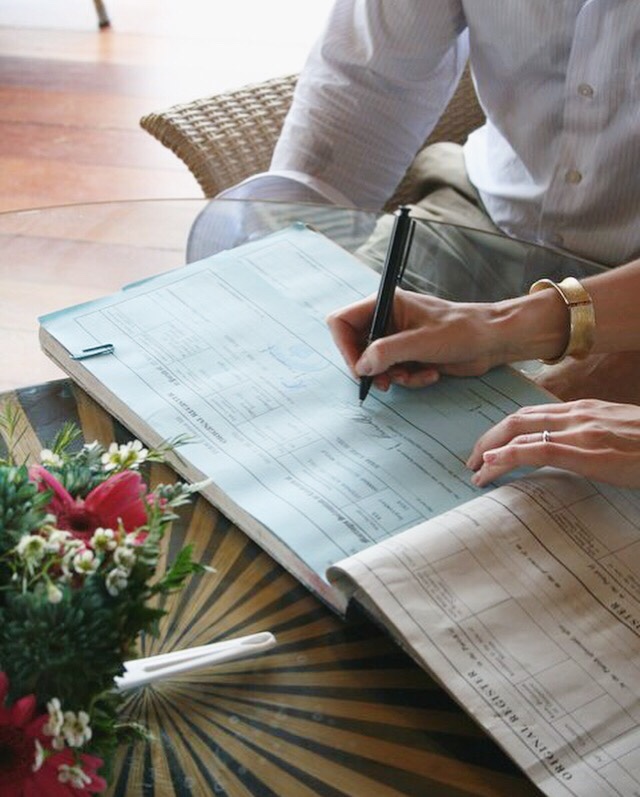 4. Find someone to organize it for you

Even if your only guest is your infant son, there are still a few things to organize when you’re getting married. It helps to have someone at the destination who can organize these things in advance. 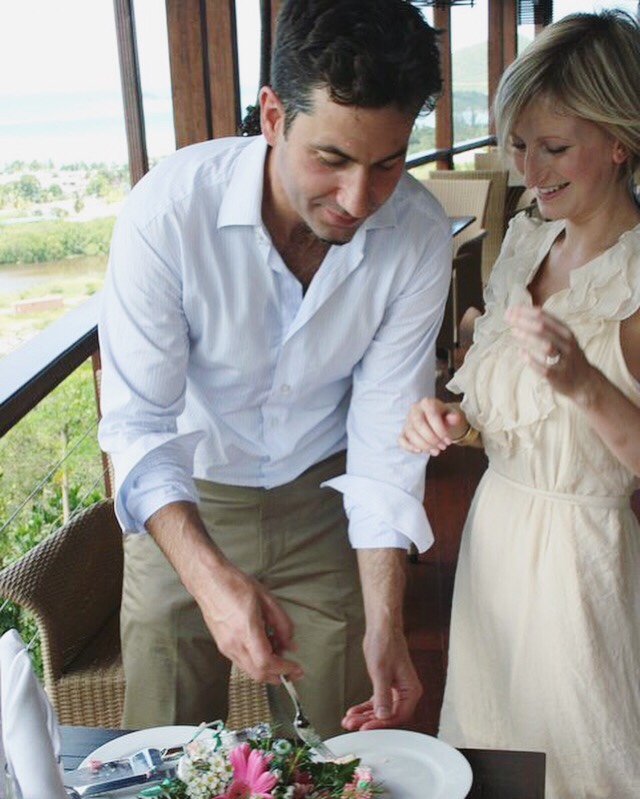 I made no decisions but still had cake and flowers

I forget the detail behind ours because we had an amazing woman who worked at the hotel and who organized everything – how long we had to be in country before we could get married (2 days, I think); how to register our intent to marry at a city hall (the day before the wedding); booking the justice of the peace to perform the ceremony; ensuring there were some employees to witness; transport (golf cart); flowers (might be eloping, but I’m still a girl); cake (ditto); and an incredible breakfast the next morning on our balcony. 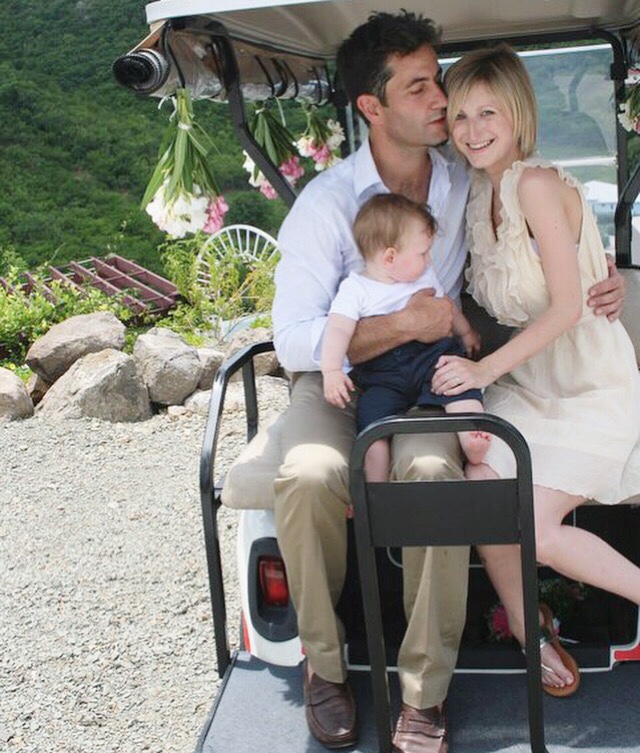 Given that we were doing this alone, having some photos seemed pretty essential. We did scout about a bit online beforehand, to see whether we could hire a photographer, but we weren’t overly keen on any of the photos we saw and so we decided to just wing it. Luckily, a chap that worked at the hotel was extremely generous and came along with our camera on hand and took about four million photos. 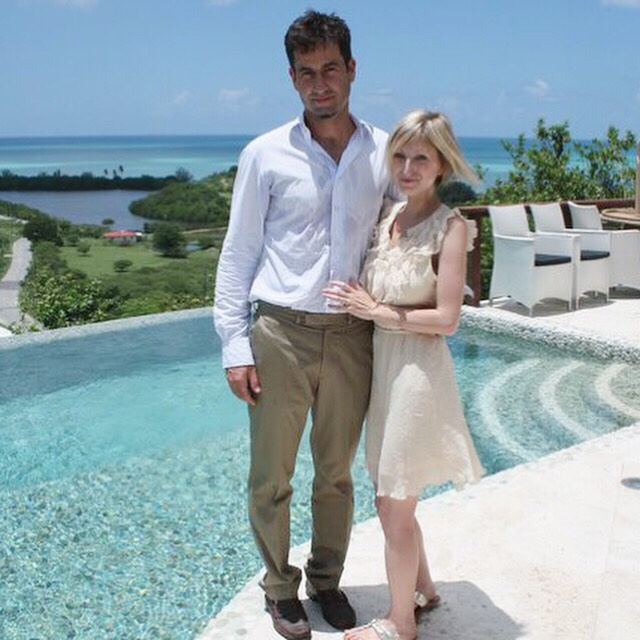 None of our photos look like formal wedding photos and some are taken from an extreme angle that makes my husbands legs look shorter than they are but that’s part of their charm – and they also happen to make my legs look pretty thin so who am I to complain?

Happy to have so many photos though – lovely memories for us but also in part to make up to our parents for doing this without them.

Having spared ourselves the massive outlay of a wedding I felt extremely justified in booking a trip that was a little more lavish than we might have taken otherwise. This is your wedding and honeymoon all in one trip, after all! Totally justifiable.

We told everyone we’d celebrate belatedly but, 9 years on we are yet to do much more than raise a glass of champagne with our closest relatives. This is largely down to the 5 babies in 9 years decision but also because I think for anyone, once the main event is over and you’re married, life kicks in and getting around to organising a party is one of those things that takes a back seat.

If you really are intent on having a party I would recommend organising it in advance before lethargy sets in. We keep promising ourselves we’ll have our belated celebration on our tenth anniversary (raises eyebrow).

So now you know. Eloping. An excellent solution, for the slightly lazy and somewhat introvert bride. 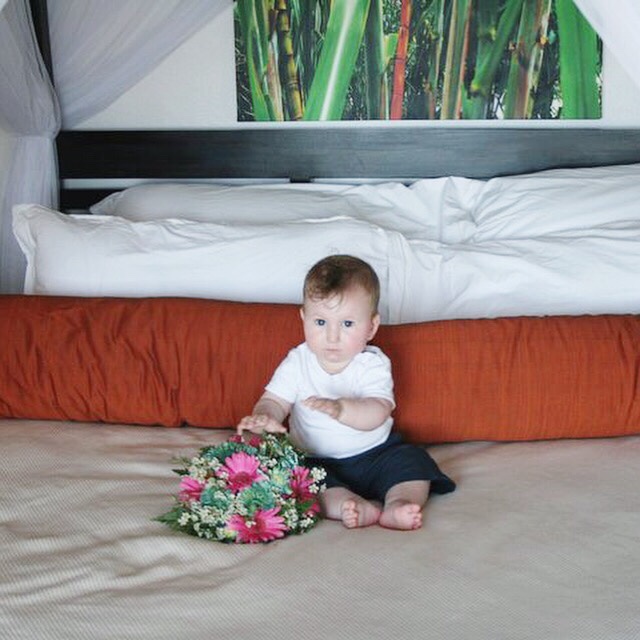 Our only guest enjoying the afterparty