I promise this isn’t a huge rant about the excessively gendered world in which we raise our children.

Sometimes though, it all gets a bit much, doesn’t it?

I mean I love the occasional bit of pink and sparkly. I’m not overly didactic about these things. I even admit to finding these toys quite irresistible. 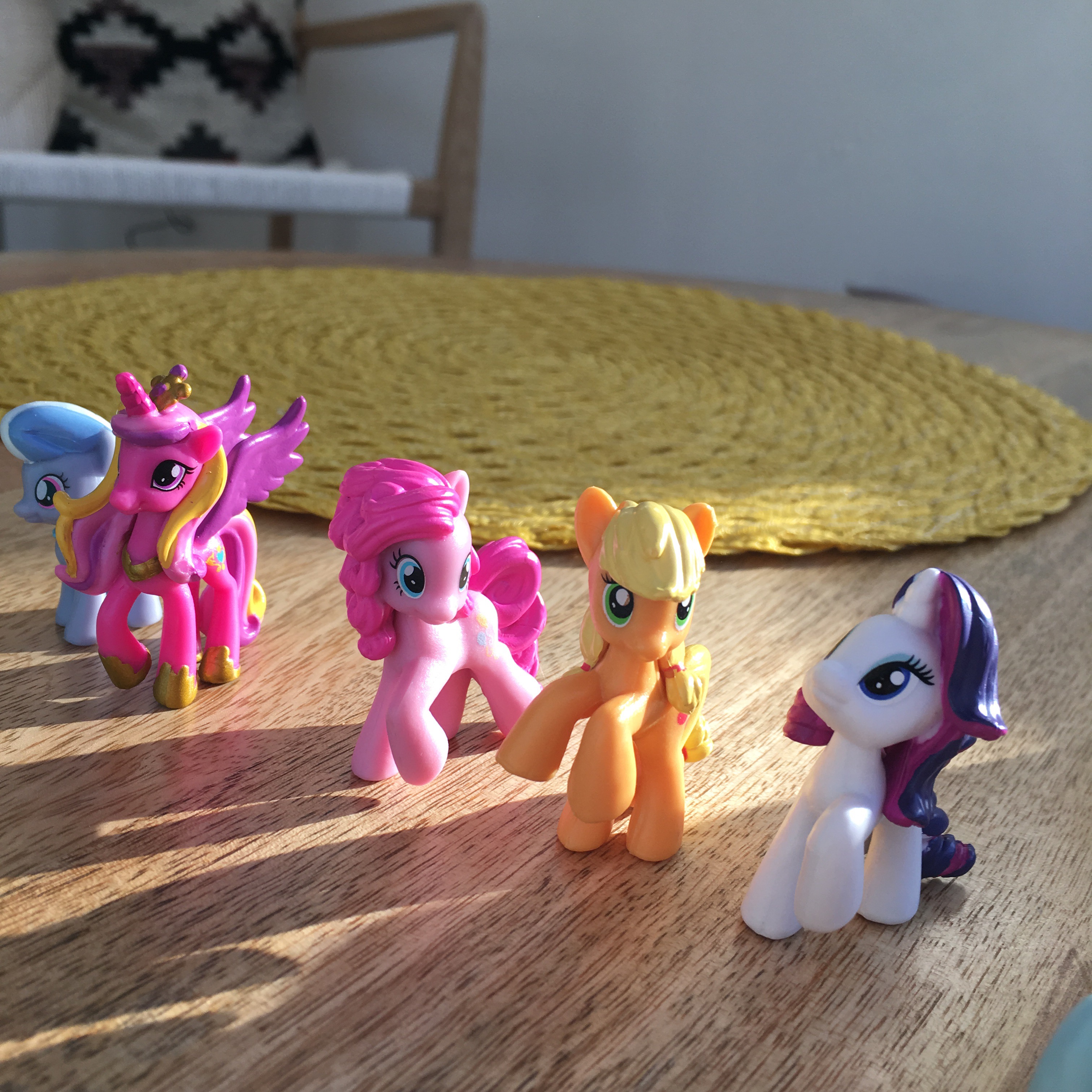 Doesn’t everyone? Just me? 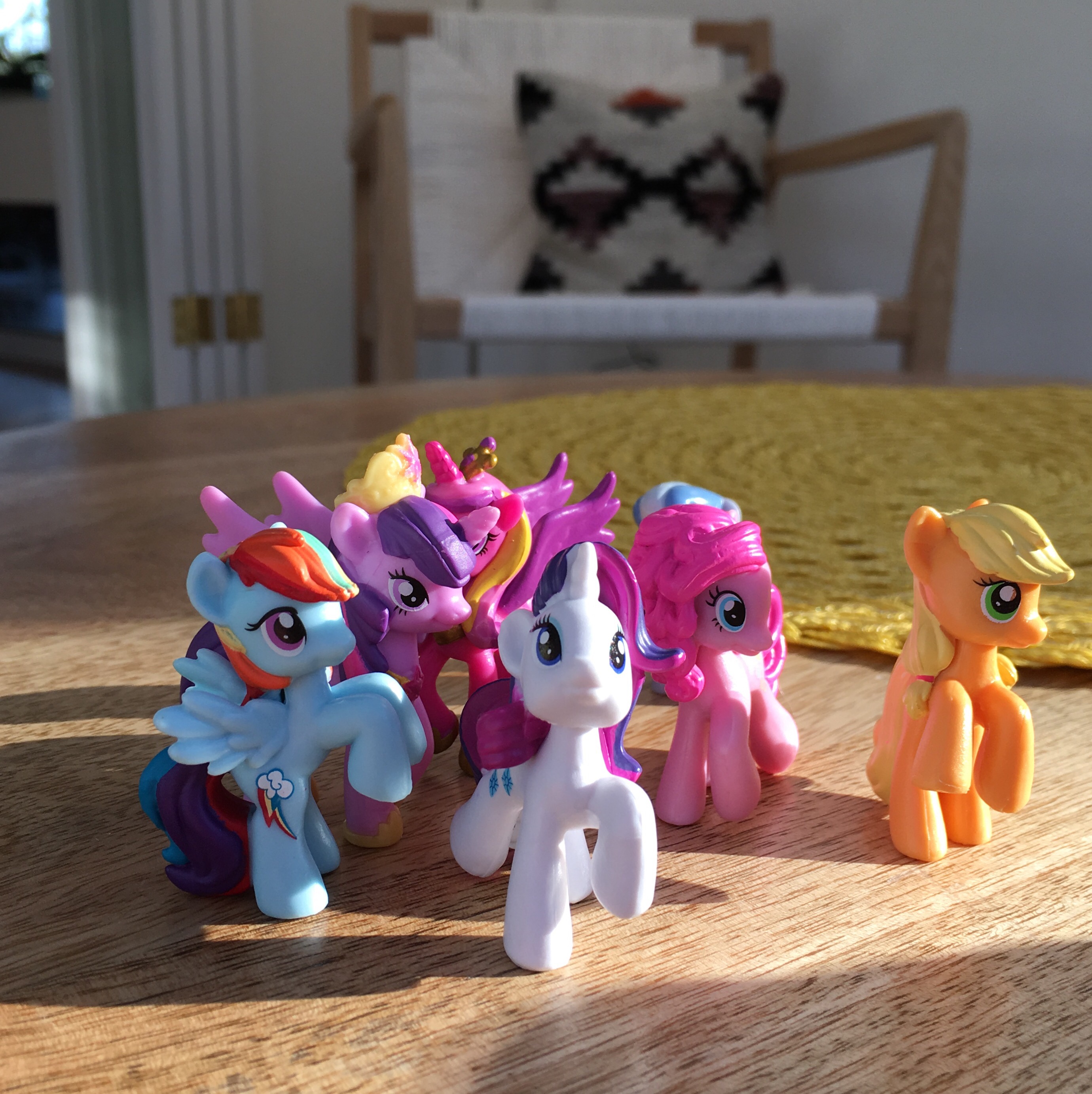 Maybe just me. I digress.

In any case, the point is, I don’t have a problem with overly gendered toys and clothes per se. But there are some arenas in which I think this pathological need to divide by gender is all a bit…well, weird, isn’t it?!

Toddler girl underwear should be the same as toddler boy underwear.

Specifically, why would the girls underwear be made from a thinner material, with a smaller cut, and a less-comfortable lacy trim, in contrast to comfortable boys underwear?

Not my cute chubby little hands, by the way.

But one of the moments that really got to me this Christmas, after steeling myself to wander the aisles through a sea of heavily armoured action figures and heavily made-up Barbies… the moment that really disappointed me was at one of my favourite shops for childrenswear – H&M.

H&M do great girls underwear, incidentally, in a shorts style..like these.. and they also do a pretty great range of fancy dress costumes.

My fairly traditionally girly 4year old had unexpectedly requested a Spider-Man costume in her letter to Father Christmas.

And my paw-patrol fan of a 2 year old daughter is also quite keen on playmobil police figures and I thought, maybe some kind of police hat would be fun for her. So I had a peek online and it made me just a little bit furious!

Here’s the summary: from the ‘boys’ dress up section… they can be a policeman! An astronaut! A chef! A doctor! You get the picture.

In the girls section…these costumes aren’t even listed.

If I order from the girls section they could be… a princess! A princess with gloves! A veterinary nurse! A princess again!

Don’t get me wrong. I love H&M for childrenswear. (And for womenswear, actually, and for homeware…)

But when I use their site, there is no obvious option to shop by a non-gendered ‘fancy dress’. Kidswear is divided into girls/boys, then by age range, and then the ‘fancy dress and dancewear’ (*costumes, in Canada) is a further sub category.

Anyway. H&M aren’t even the worst offenders here. Look at any of the usual suspects for childrenswear or toys and it’s the same story.

I’m not saying that the fancy dress divide is the root of all our gender struggles. But it does make my frustration with things like bikes being restricted to the boring choice of pink or blue feel slightly insignificant.

That is, of all the moments to limit our children’s play; fancy dress – role-playing those fun ideas about what adult employment should consist in – being an astronaut, law enforcer, or a royal – this is one of those key moments, really, where I want my children to feel that all of the options are available to them.

Blame my girls’-school-educated-in-the-90s crazy ideas about smashing glass ceilings if you will. But ideas about equity and opportunity seem pretty relevant right now ; and if the early years are as important as we think they are – then these limits to costumes are nothing but limiting to our children.

Back to some smug crafting soon I promise.