Despite my grandma once telling me that I had an ‘interesting’ face, I am still prone to the odd bit of vanity (aren’t we all).

Anyway this really peaked after a very hard third pregnancy – I’ll just say swollen ankles and pregnancy acne and you’ll get the general idea. So when our third baby was about 2 weeks old – and I’d watched enough Made in Chelsea whilst trying hard not to vomit in the evenings, that I felt like everyone else had impeccably straight white teeth apart from me – I decided enough was enough. I wasn’t huge and spotty and pregnant anymore and now I wanted straight white teeth! 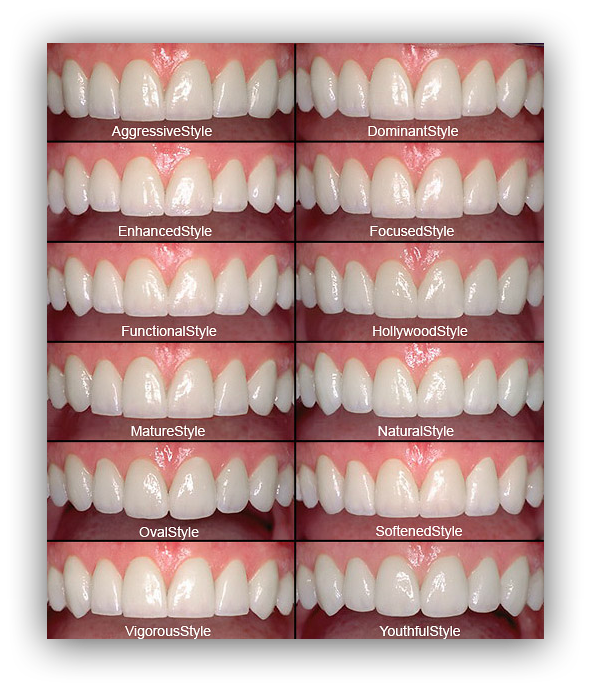 None of these are my teeth. This is from Pinterest (who knew you could choose a style of tooth?!)

But I really wasn’t committed enough to the cause – too humiliated to wear regular braces, and any removable option like Invisalign – well, I had a sneaking suspicion I’d just remove it and we’d get nowhere.

So this is how I found myself on an orthodontist’s chair with a 2week old baby in my lap, about to throw some money at a problem that I hadn’t even thought of as all that much of a problem a few months prior.

I call this an effort in the name of vanity because, to be clear, I had absolutely nothing wrong with my teeth. They were pretty straight already. I did try and pin it on some kind of ‘bite issue’ for a while but there wasn’t much to validate this, given that I just wanted the front top 6 teeth straightened. (The ‘social six’, as they’re known in the field).

I mean, sure, it’s also a little ridiculous that I went to all the trouble of having an ‘invisible’ brace and now I’m here telling everyone about them so it’s hardly the hidden solution I was searching for. But still.
Step forward, Lingual Braces.

They are an actual invisible solution – until you blab about them on your blog – they are train track braces; on the back of your teeth! Genius. But there wasn’t all that much in the way of reviews of lingual braces on the web and I pored over the few who blogged about their experiences to try and decide whether this really was a totally foolish postpartum decision.

So now, a couple of years on from the whole debacle, here I am writing about my experience, for other mums of 2-week old babies considering major dental intervention to distract them from their myriad postpartum issues!
Here we go: Lingual braces aren’t cheap – but they are pretty cheap in the scheme of dental treatment, especially if you are only having the top front 6 teeth straightened. They are totally invisible to the eye but they do have the pretty major downside of giving you a significant lisp – everyone suffers at the start; some people seem to recover their speech pretty quickly – others, like me, always have a bit of a lisp throughout the treatment.

Given that I was mostly just looking after toddlers and not giving any major papers at conferences, this wasn’t a huge issue for me (collateral damage was limited to my not being able to read the Charlie and Lola stories because of the dog called Sizzles). It did make talking in general a little bit more of an effort – so much so that my husband has suggested since that I talked less while I had the braces on (I don’t think he said that perjoratively but now I write it down I am wondering…..) But you know, the slight speech impediment part makes the whole process slightly less ‘invisible’ if you are hoping not to mention it to anyone for fear that they see you for the vain Made in Chelsea viewer that you are.

It was super quick! My teeth were totally straight – within a couple of months. The whole thing took 7 months. It would have taken 6 months but my orthodontist was on holiday and then I was on holiday so…. a little longer.

It wasn’t painful! Not even at all. Well, maybe a little bit, but remember I was newly postpartum and still with some pretty painful memories fresh in my mind so…it felt like a breeze.

Anyway, 2 years on and I am pretty thrilled with the whole thing. It was a bit of a nerve wracking experience (I turned up at the surgery to have the braces put on and when the orthodontist asked if I was ready, I said in a slightly manic way “this was one of those mad post baby decisions that I really didn’t think through” – he looked a bit panic stricken)…But really, having straight teeth has left me grinning madly in photos and has freed me up to focus on other things about my interesting face that I should be less satisfied with! Resounding success!