Our eldest was born on Boxing Day, so amongst things like being in labour on Christmas Day (not great) I have also signed up for producing a birthday cake the day after Christmas. And as you can imagine, Christmas requires some pretty big efforts around here with four stockings and four sets of gifts.

What I’m trying to say is that this birthday cake needs to be simple. So simple that on Christmas Day I can get the sponge cake out of the freezer and throw some icing on it ready for the next morning.

The freezing-the-sponge realization took me a while – 4 Christmases in fact whereupon I tried to bake and decorate a cake after the children’s bedtime on Christmas Day – before I realized the necessity of pre-baking the cake.

I also had some pretty grand ideas about children’s birthday cakes inspired by my mum’s valiant efforts including a 3D postman pat van (thanks mum).

Pinterest played a fairly large part in making me think these 3D constructions were in fact a basic requirement to motherhood.

And then my mother in law gave me an women’s weekly vintage issue children’s cake book – a game changer : 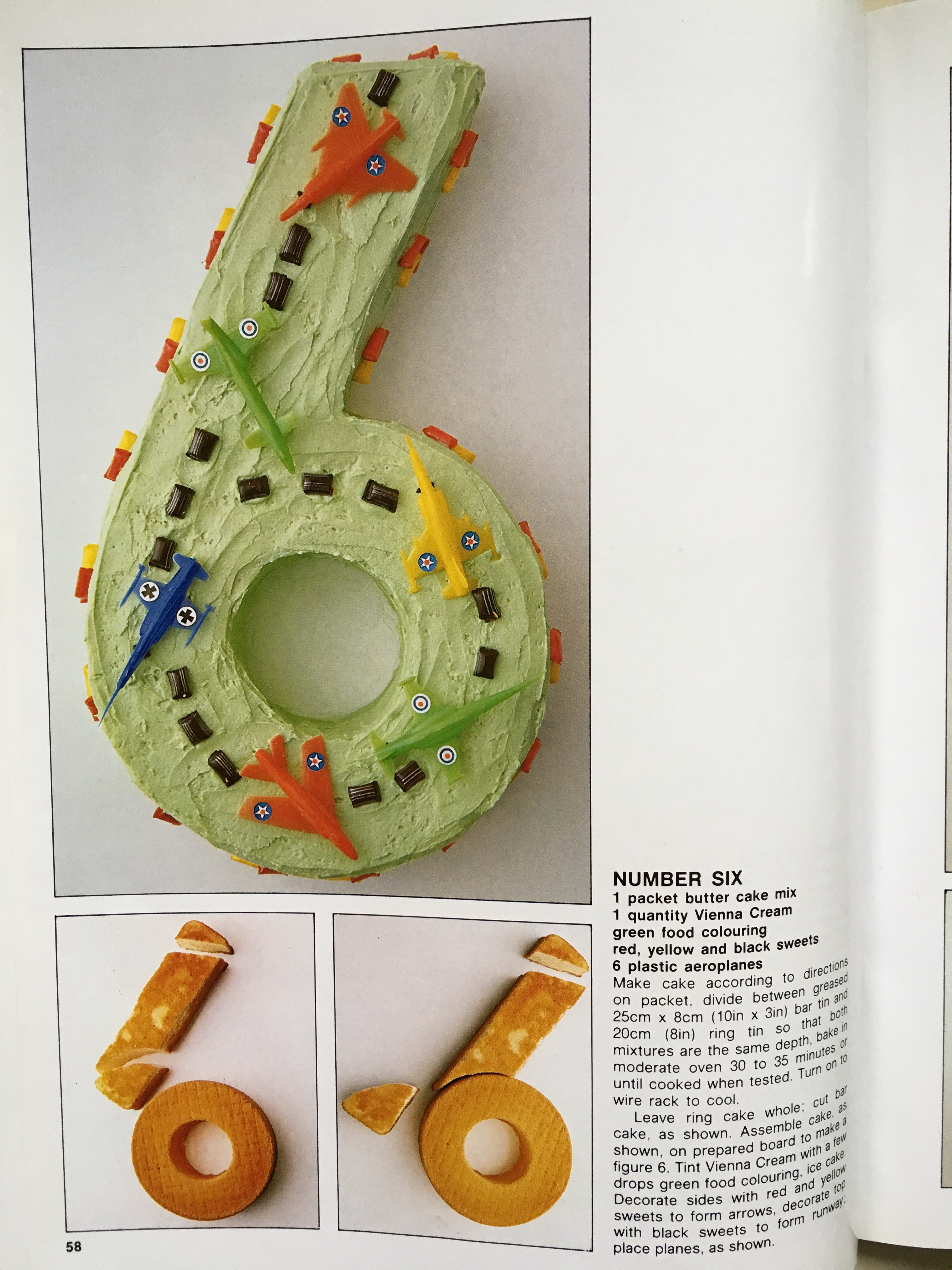 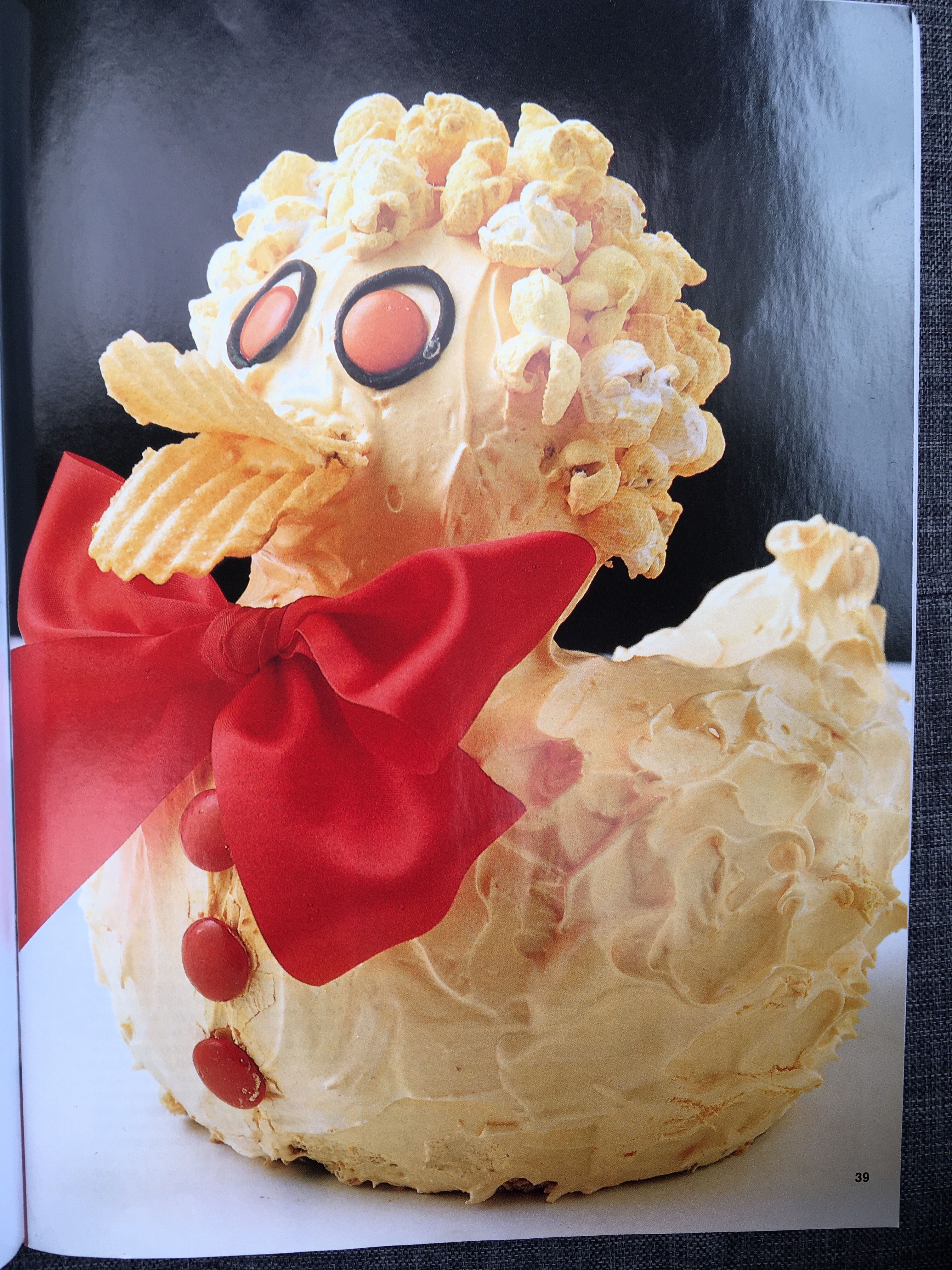 Yes this is a cake decorated with crisps and popcorn 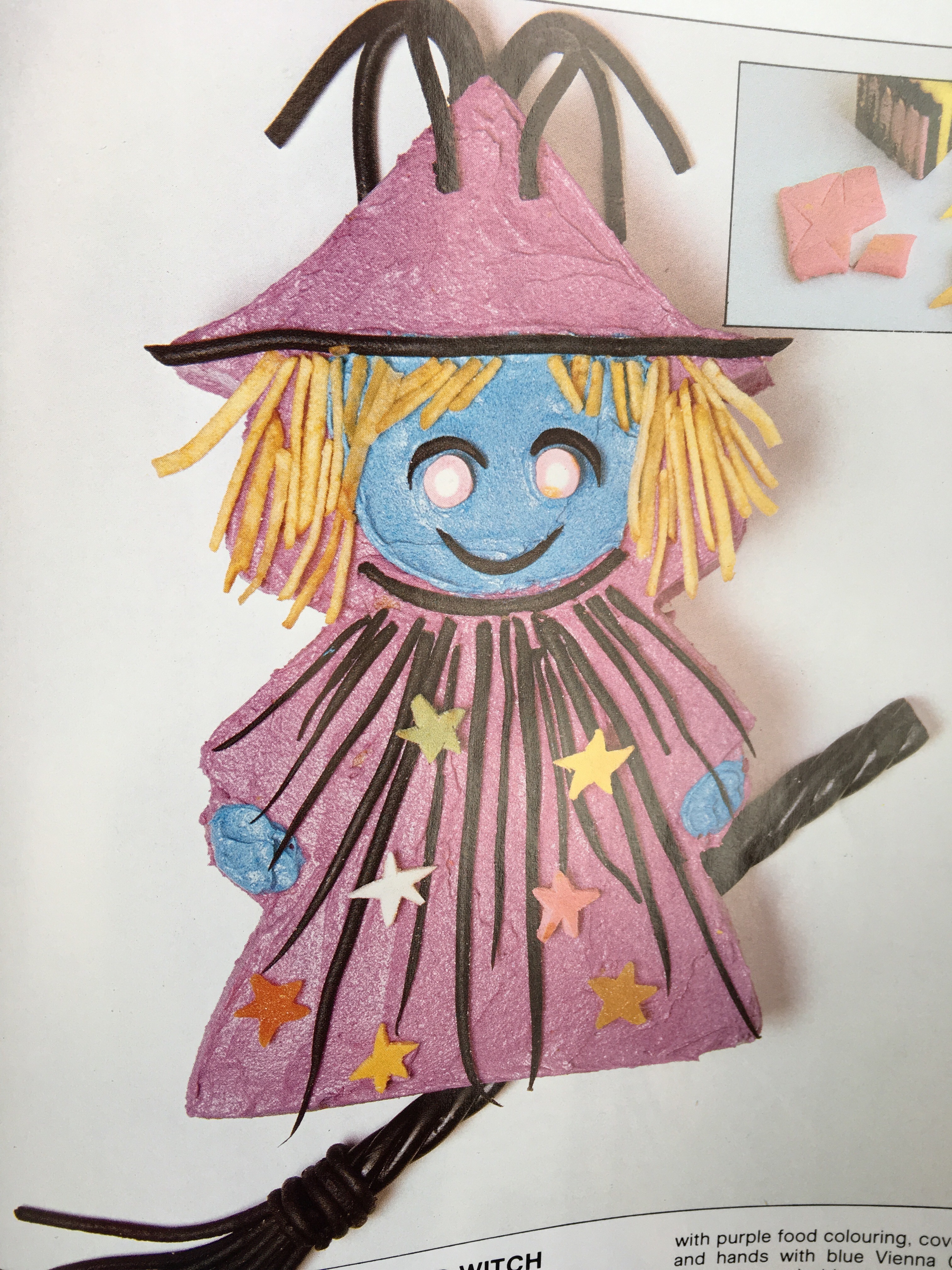 Really what I learnt from that book (apart from the idea of using crisps as a decoration?!) was that women’s weekly had sussed out that it takes a lot of time and skill to bake, shape and decorate cakes. Time and skill that most of us don’t really have, even though we love our children and want them to have a nice cake. Accordingly, their cake instructions often call for a packet cake mix, or some interesting props, or they just cover the whole thing in sweets and call it done.

The most important bit: their cakes look like mums made them, not professionals.
Anyway, given that I can actually make a cake that all the children like to eat but that my artistic shaping and design skills aren’t up to much, I eschewed the packet cake element and started scaling back my artistic attempts with the aim of a mum-made cake; and, perhaps unsurprisingly, the children are totally happy with the results.

I now just make a basic sheet cake – rectangular or sometimes in sandwich tins – and either chocolate or vanilla depending on the birthday girl/boys preference at the time. If I am feeling particularly keen, I shape it into the number of the birthday – or else I leave it as a basic shape. I normally dye some buttercream icing a nice gaudy shade of very gender specific pink or blue etc – throw that on and then – gather props. Sometimes this involves new tiny toys – mini Star Wars ships, etc, sometimes a favourite playmobil fairy. Then I create a scene of sorts on the cake.  They would not get much kudos on Pinterest but they were well received by children who have terrible taste. 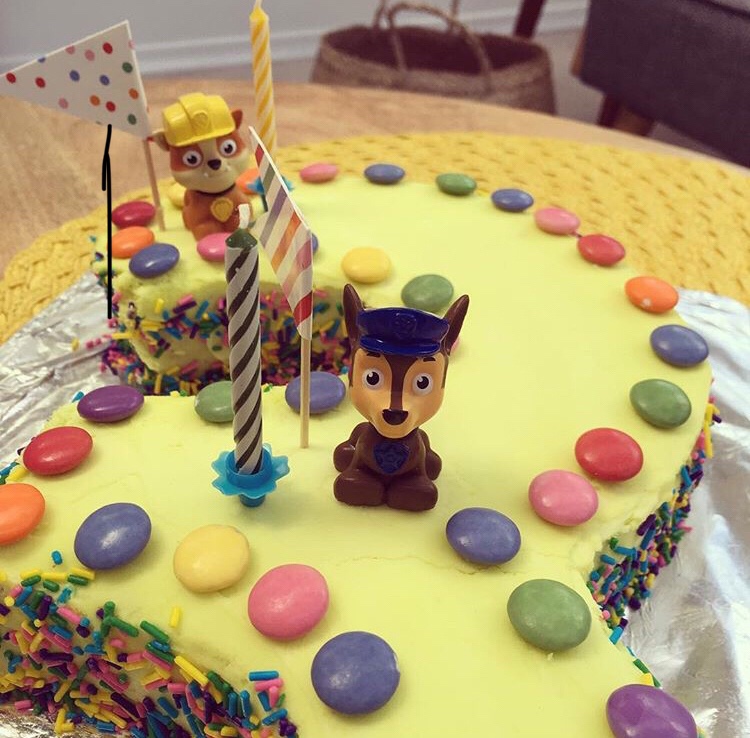 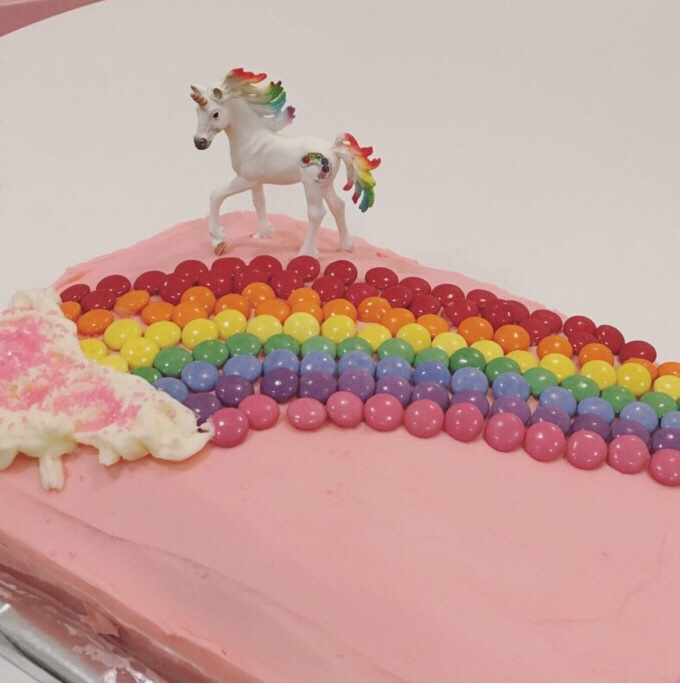 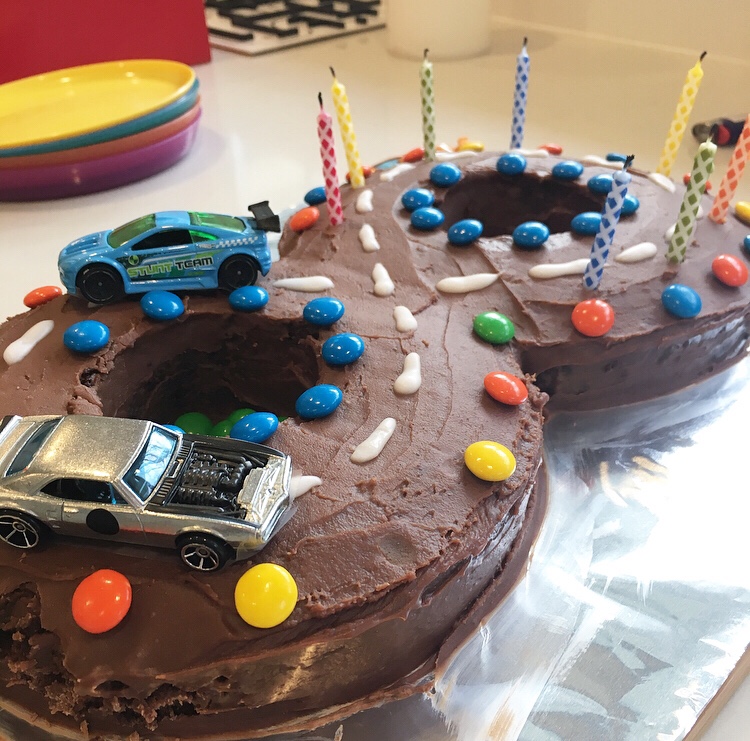 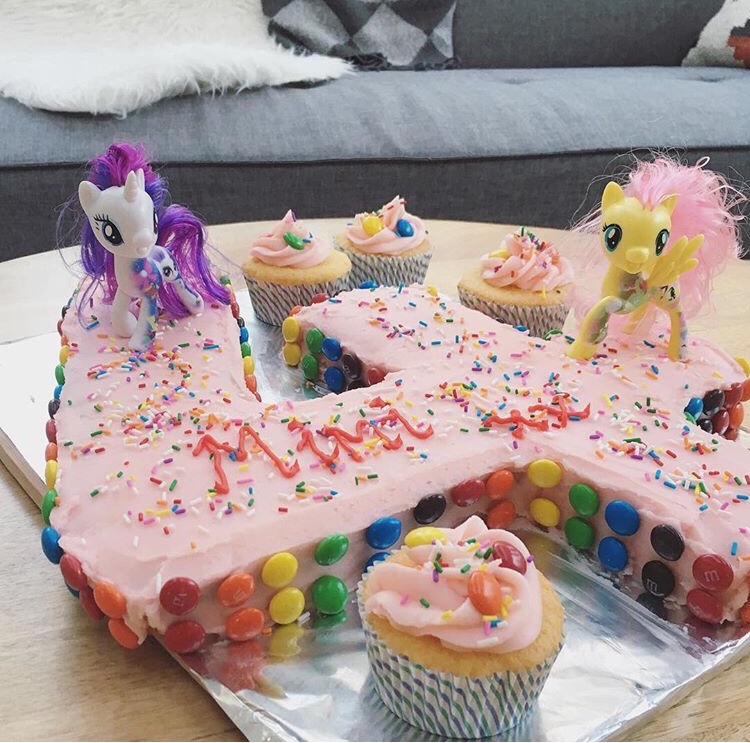 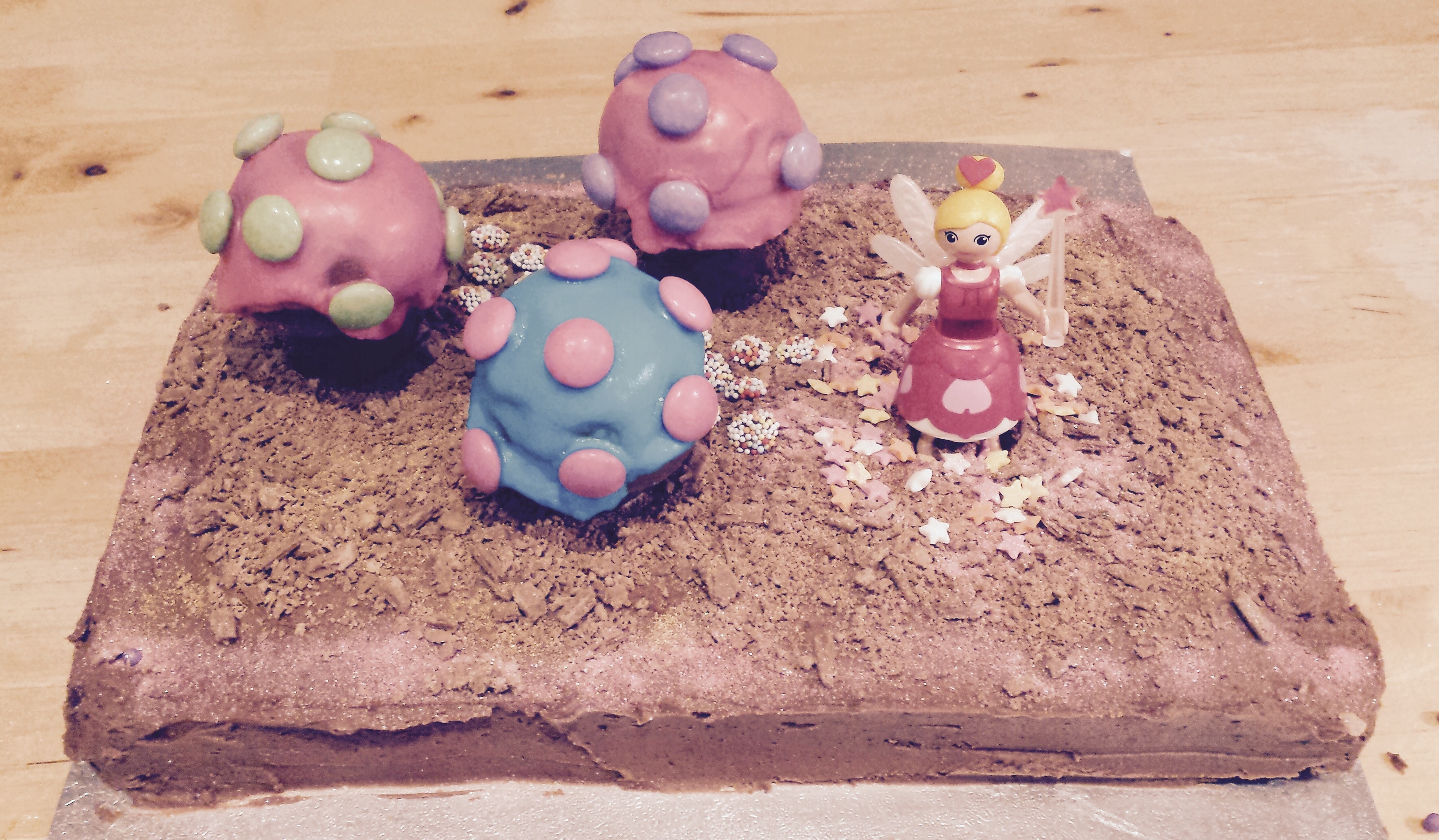 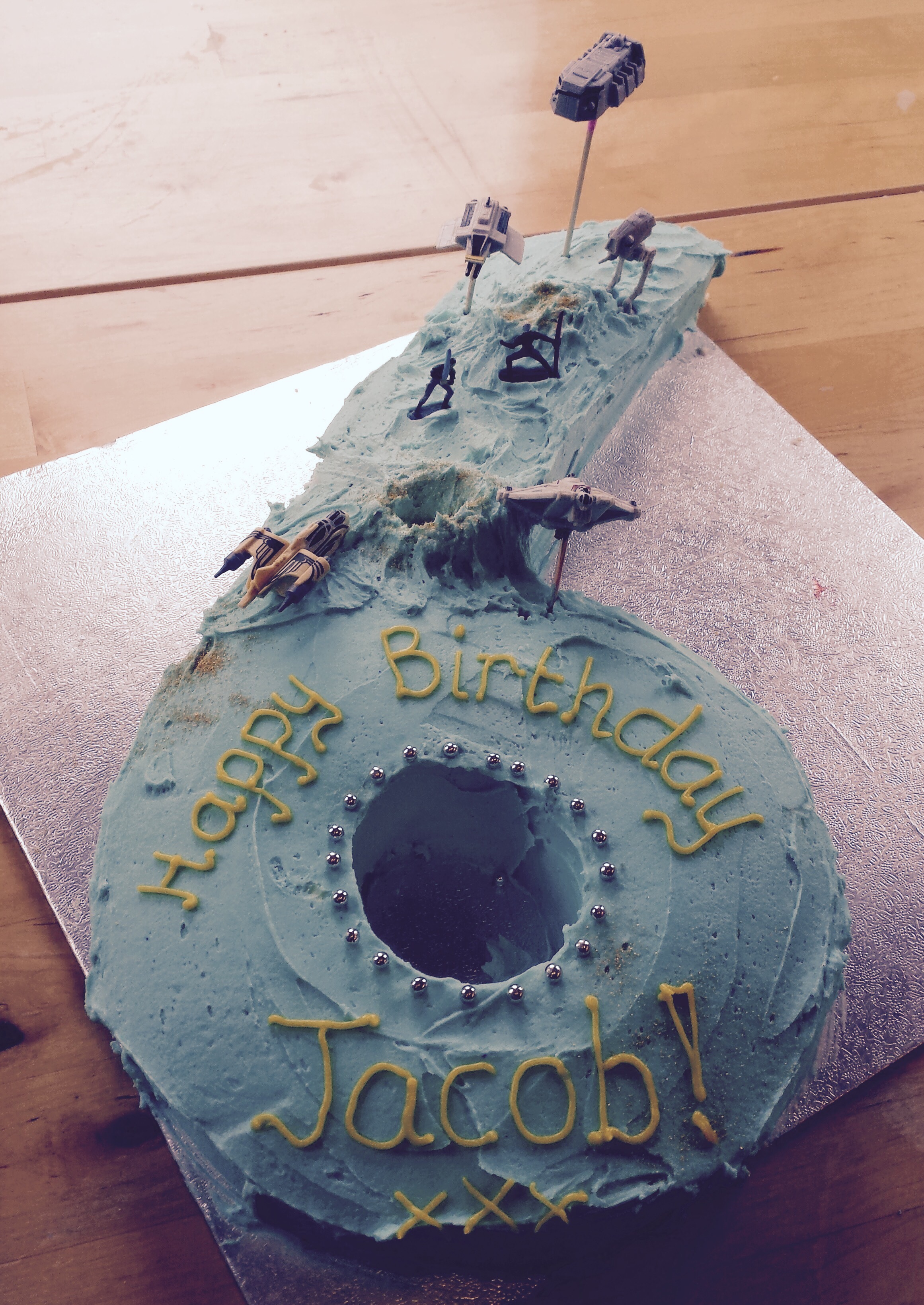 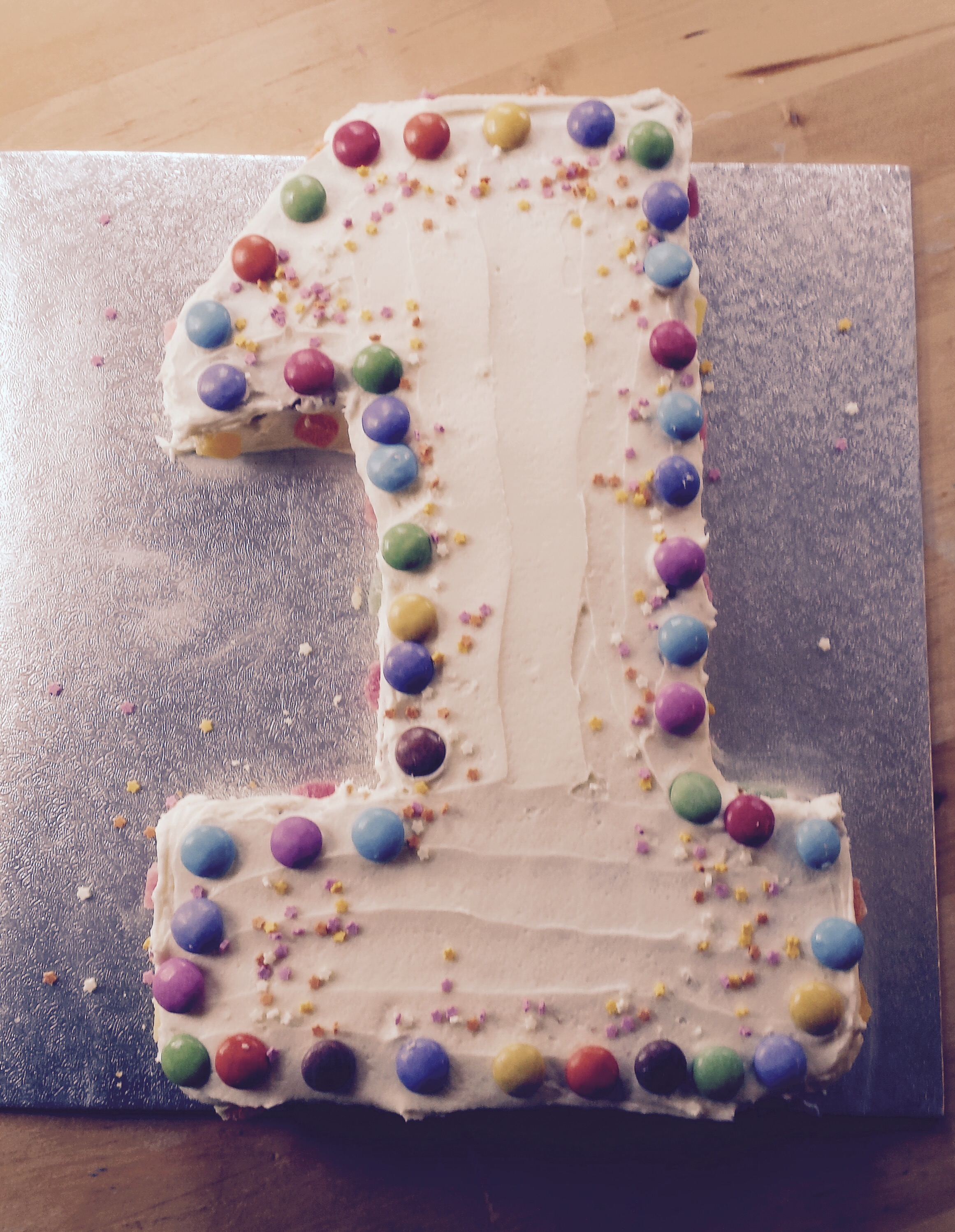