There are many benefits to living in Canada but, as I have previously alluded, online shopping is not one of them. So I find myself back in the world of supermarket shopping in actual supermarkets, with actual children along for the ride.

Let’s be honest here and say: this is not very fun for anyone involved.

I’ll level with you. I just got back from an extremely successful shopping trip with all four children so am feeling flush with success and ready to impart some of my winning tips. But next time I will likely have one of those trips that leaves me gripping the shopping cart handle so tight that my hands ache by the time the job is done, and will feel significantly less smug about the whole enterprise. Nonetheless, for now, I am something of a shopping-with-children genius!

The more the merrier

Counter-intuitively, taking all four children shopping seems to be easier than only taking two. Marginally. So maybe borrow some if need be.

I mean it’s definitely easier to just take one child, but that’s rarely an option here. Poor children, being in a crowd of four and with such limited time alone with their parents, they now think that a solo trip to do the food shopping is an extra special treat bestowed upon them. 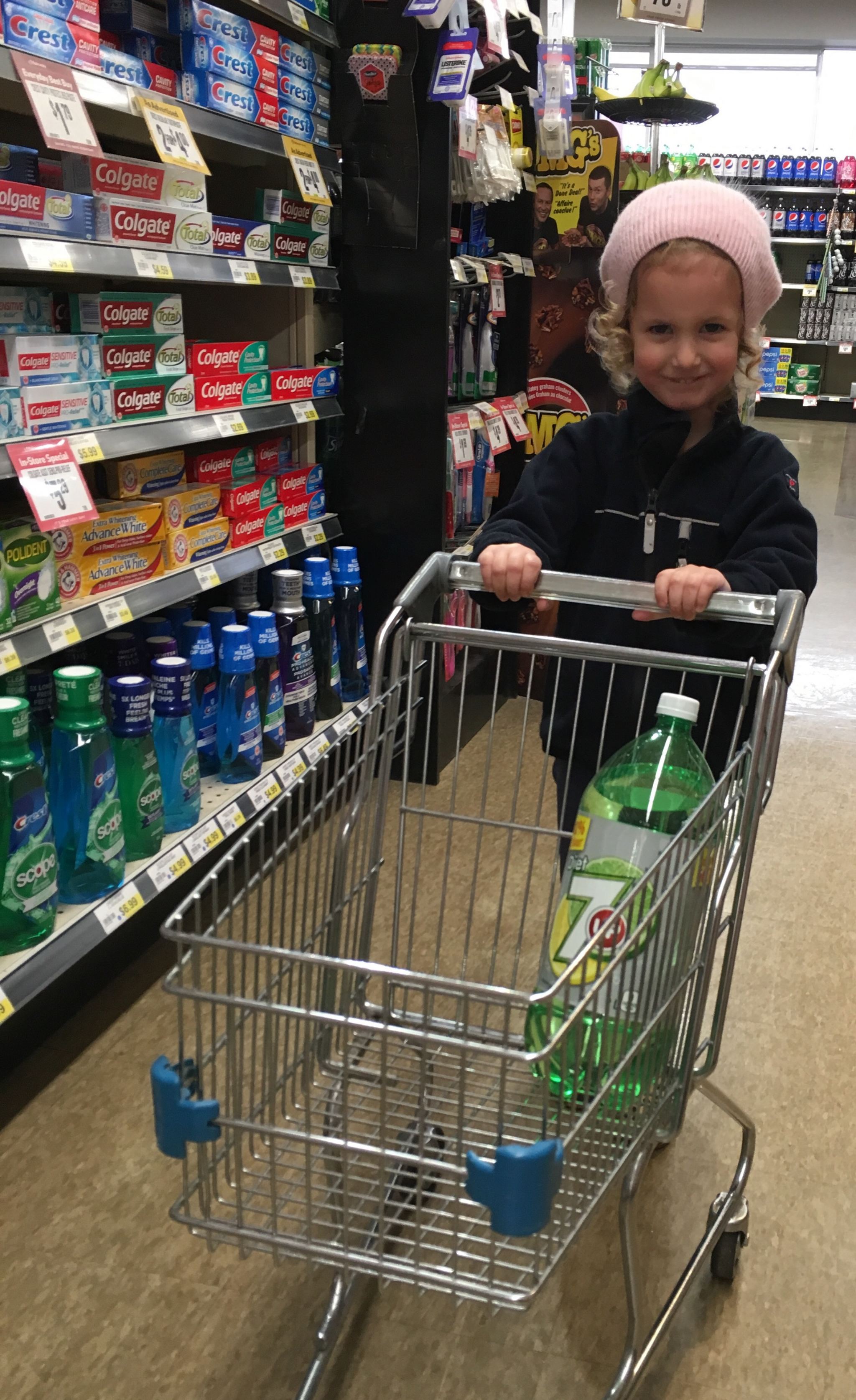 The ultimate prize: a solo shopping trip with no siblings AND a mini trolley

But in any case, four children shopping is easier than two, perhaps because they entertain each other and so keep the ‘is this done yet’ question at bay. It may also be because my expectations are lowered, thereby increasing the chance that I am pleasantly surprised. So;

Sure, by all means take a list with you, but don’t expect to be able to get everything on that list. There may come a point at which you have to cut your losses. Who wanted bread anyway?

Taking four small children under 7 to a supermarket guarantees you a lot of attention. Most of it positive? But attention, for sure.

Actually this was the case with just two small children – but has definitely increased exponentially with four. There are a lot of raised eyebrows, and a lot of “you’ve got your hands full”! Often the classic “are they all yours?” And last time, a first, “are you nursemaiding them?” – which I assume means nannying? But sounds a little more royal.

Anyway, have a response down-pat and save yourself a lot of distraction time. Definitely don’t stop – you are on a strict time limit here, before patience wears thin. Talking to other adults is guaranteed to cause at least one meltdown. So I now just smile, keep moving and say “yes they are / I’m very lucky”. This also stops people before they say things like “you do know what causes that don’t you?” – which has really been said to me before, and which I found pretty borderline bloody rude.

This goes hand in hand with the prepared response but also, as I have learnt, even if you feel like your children aren’t listening and you’d rather go home and bang your head against a wall while making lunch, if you just smile then you at least guarantee that you look as though you have a modicum of control over the situation. Sure, the children may be running riot, but you’re happy about it! So the supermarket judgers (they’re out there) will think. And that’s better than children running riot and a crazy stressed out mother (I hope?).

Sugar is not a four letter word

As my 7 year old would say: LITERALLY.

..and metaphorically, too. Don’t be afraid of a good old-fashioned ‘incentivising’ the situation. The best bit about Canadian supermarkets (they know they’re on thin ice)…the best bit, other than the mini shopping carts (photo above)…is that most of them offer a free cookie in the bakery section for children.

The sort of cookie that I would normally either never allow, or insist that they only have half. Suddenly the children have a whole, huge cookie in front of them. Who doesn’t like shopping then?

Not too soon. Don’t blame me if the sugar high wears off just before you hit the queue for the check out. Bad planning. You want to stretch out the cookie incentive for the first few aisles – “being helpful means a cookie” but not so late that the mood has already dipped irrevocably. It’s all in the timing.

As a last ditch, back-up measure for particularly bad trips or moments that you feel you are losing it, can I recommend the following (don’t overuse it though, as the effectiveness will likely diminish pretty quickly): use some faceless authority to back up your requests for good behaviour. That is: “the shopkeeper wants you to…. walk not run” or “the lady at the checkout doesn’t want to… hear shouting”. Sometimes this has more impact than just their boring mother requesting the same.

So there we have it. You’ve survived the shopping trip. You’ve got no bread, 3kg of rolled oats, and about 18 frozen pizzas ‘just in case’. But you can feel pretty accomplished. Who needs the ocado man anyway! (Me) 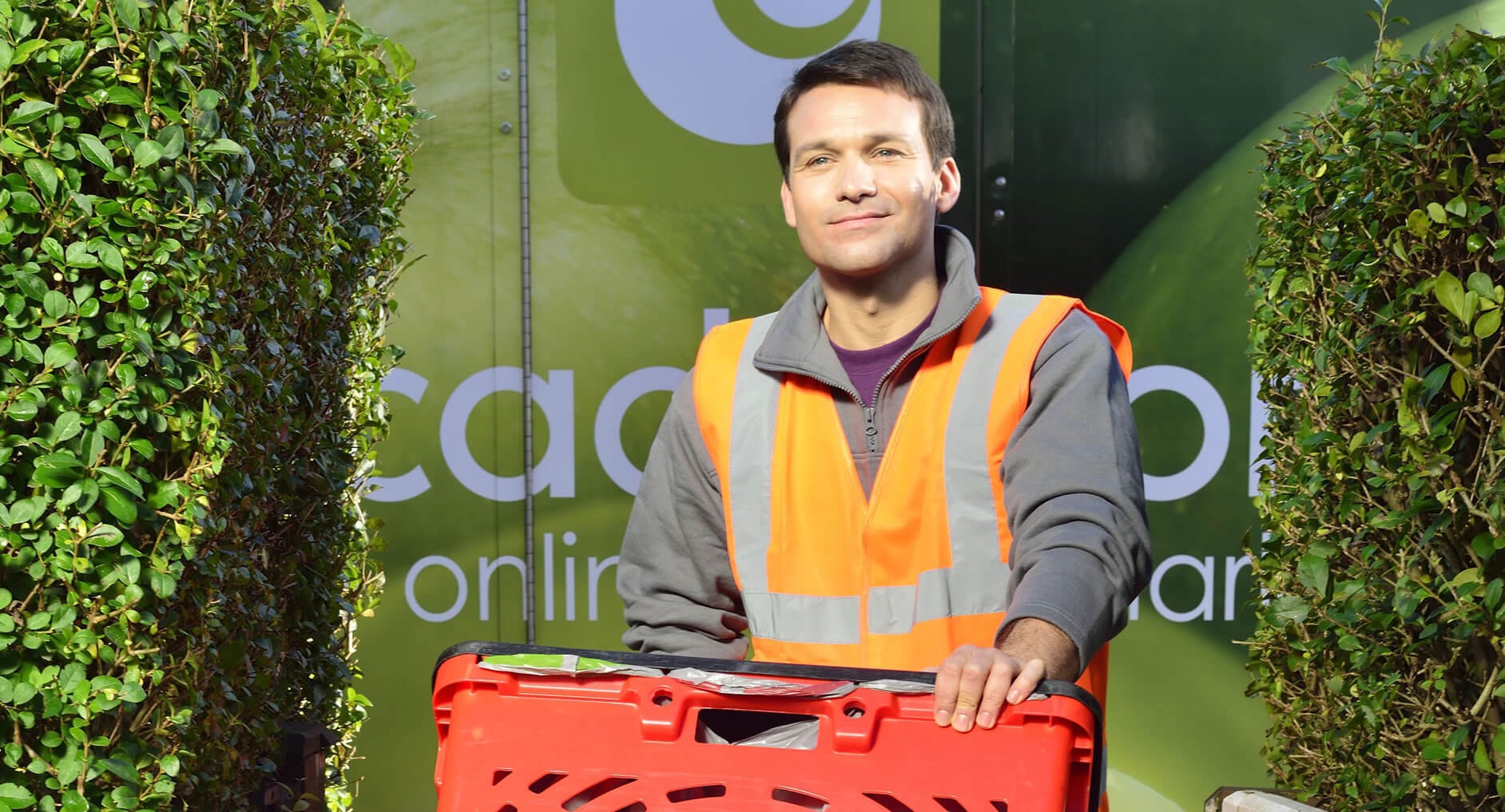