‘The Dice Man’ is one of those books, isn’t it, that you read when you’re about 15, and feel pretty cool about. Ditto ‘Yes Man’, Danny Wallace’s year of agreeing to anything that came his way.

Danny Wallace’s year in print was pretty entertaining and having once lived around the corner from him, you know, I feel deeply connected to him… But I have 4 small children, and saying yes more often just isn’t an option in this household.

Can I have crisps for breakfast? That would only be the start of it. Can you imagine the chaos?

So, no year of saying Yes for me. But I did start, recently, a little project of my own, although not quite so bold. Prompted while I was nursing and scrolling through Facebook: my 8 month old twisted around and tapped the screen, ‘liking’ someone’s update on my feed. 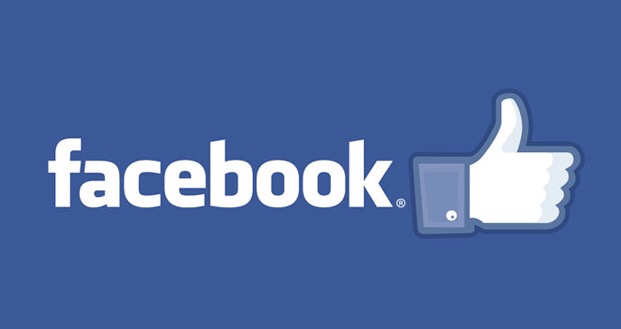 Slightly awkward, really, as it was someone I hadn’t spoken to for a while. But then I thought – hang on – I’m friends, in the Facebook sense, with all these people! Why shouldn’t I like the update? Actually – shouldn’t I be liking all the things that they deem important enough to share?

If, while chatting to a friend – or even an acquaintance who I only very partly liked – if they told me about something they’d done lately, or showed me a photo of their child, I’d like to think I wouldn’t totally ignore them. But here I was, on Facebook, with their baby photos thrust under my nose, and I was blanking them, scrolling past as though they were someone I didn’t even know.

OK. Enough was enough. I would like everything on my feed!

My Facebook feed is largely news agencies and companies

As I started scrolling, keen bean ready to like away, I realised how much of my feed is made up of news updates (helpful), companies (interesting, sometimes?), and photos of hilarious memes (mostly animal related, always dull).

Should I like all these updates too? Maybe. I merrily liked a post shared by the Mumsnet network… but the next post was an article from the Huffington Post on some kind of 50shades material and, call me a prude but I couldn’t do it. This is a Facebook friend-like project anyway, not some corporate like project! Let’s keep this simple (and not scare my Facebook savvy grandmother).

I ‘like’ some new cover photos of people I haven’t spoken to in years. I like a random in-joke status that I don’t understand. I like some baby photos. But mostly I scroll, because my feed is full of friends liking other people’s posts.

Why am I Facebook friends with people I ignore

I like a birthday photo, the son of someone I had a minor disagreement with years ago and normally would scroll straight past. I admit, I wince a little as I press ‘like’. But in the name of the project I nobly persevere.

Although, I wonder…Why am I friends with someone if I feel uncomfortable liking their posts? I scroll back, and unfriend. Admittedly if she notices that pattern then she’s going to think I’m a little strange.

A schooldays boyfriend tagged in some photos with his wife. Like? That’s fine. I refresh my feed. 5 more photos of him tagged, individually.

New clause: no repeat liking of a group of photos, otherwise I’ll look pretty odd and that really isn’t the point of this exercise, is it? I don’t need any help on the losing friends front right now. One like per update per person is plenty.

Just liked a status written in Russian accompanying a picture of a bee. Why not?!

I realise one huge, ever profound lesson from this project. Namely, Facebook is dull. My friends and I are too old for Facebook to be anything other than a place to announce births, engagements, house moves and new jobs. In essence, it is just a long and relatively more up-to-date alumni newsletter, but with a little more smugness and a lot more boring photos of dogs.

After this major discovery, I still find myself scrolling through Facebook as though it were something interesting; and I am pretty liberal with my likes these days. But I have also been hunting down some new breastfeeding online reading material. Some surprising results forthcoming, additional tip offs very welcome.