As a fairly anxious person I find throwing a children’s party horribly stressful. So many ways for it to go wrong! I used to start planning / panicking / obsessively Pinterest-ing months before the actual date and working myself into a frenzy of themes and  perfect party bags.

Not to mention, the pressure from my children to have a party at a soft play centre (urrg) – meant that I felt an added pressure to throw them a party at home that was As Good if not Better than a soft play.

This all changed with a sudden realisation that actually children – especially young children – are totally thrilled just to have a bigger than usual play date, with a few nods to it being a party. When we were little no one really had a ‘theme’ to the party so it seemed mad that suddenly I was looking at these (admittedly beautiful) Pinterest pages full of dessert tables with a centerpiece cake and a million themed foods. This was aided by the discovery of this gem of a book at a random second hand bookshop: 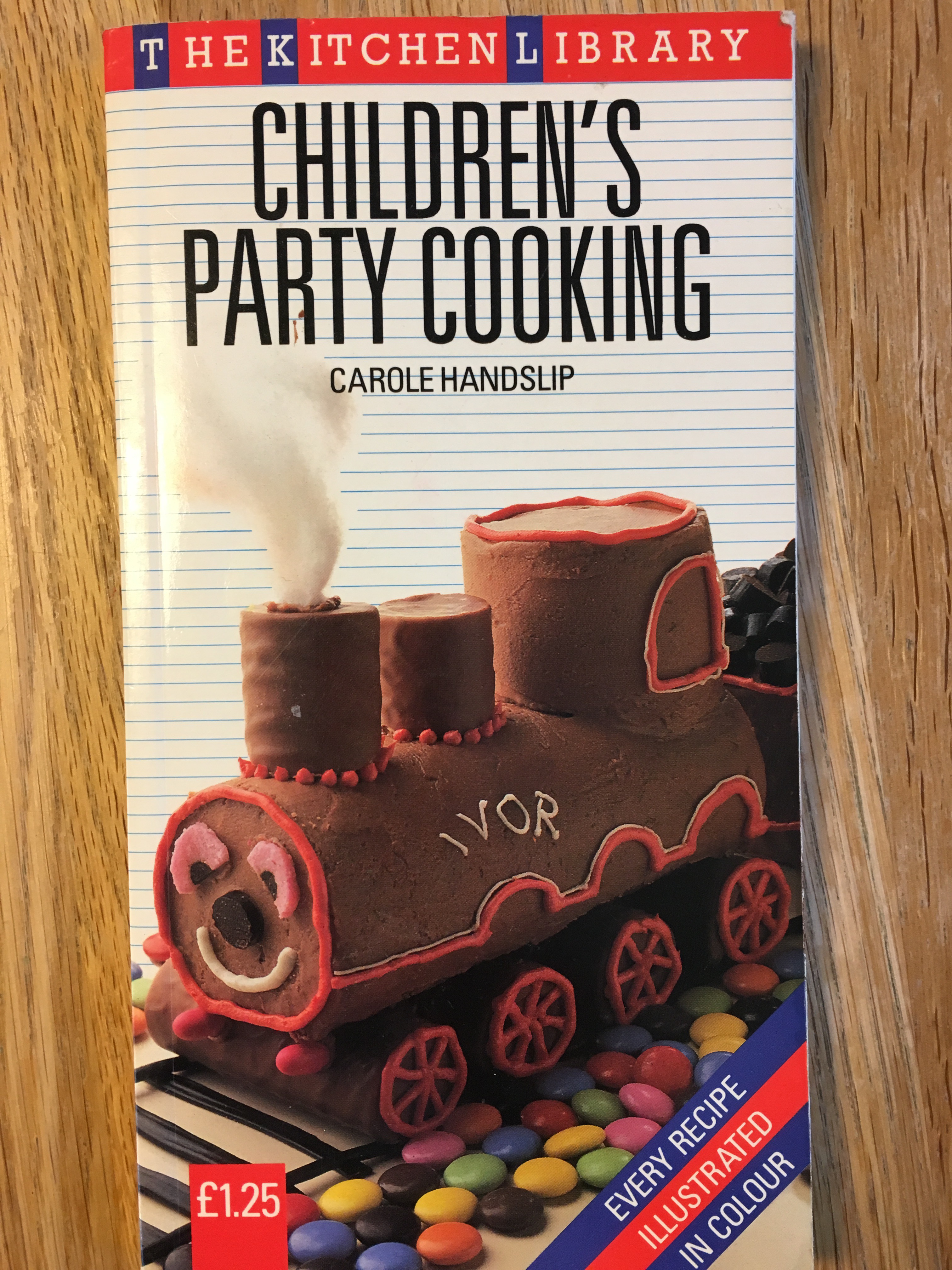 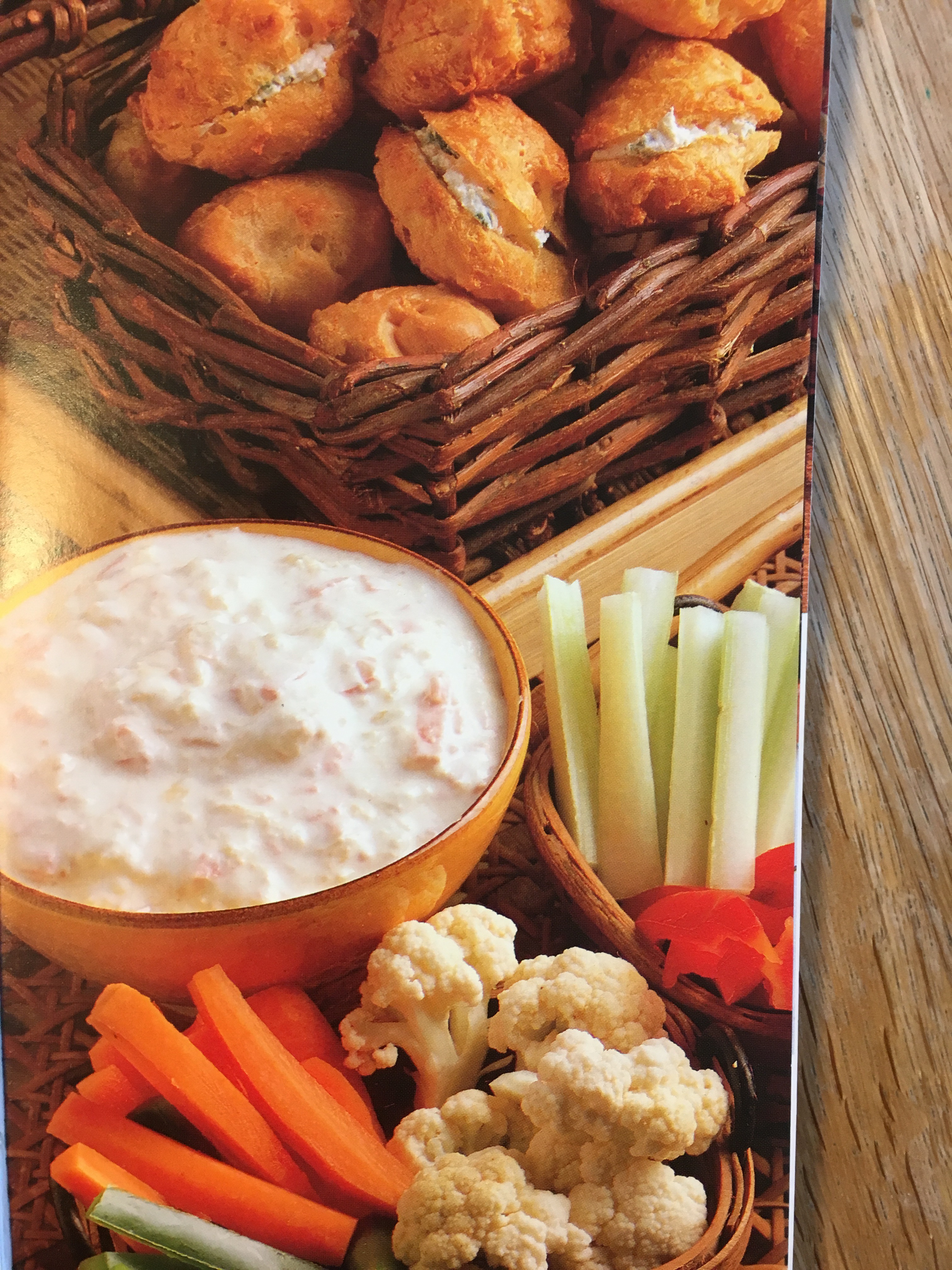 Anyway. Even I could manage (better than?) that, surely!

Ever since, parties have been a cinch. The guests are all a bit over excited and the birthday girl / boy has always been happy – no tears – so I think we can call them successful. Here are my top tips:

1. Create a festive atmosphere – we are not talking sophisticated, we are talking straight-from-the-aisles-of-Tiger/Target

I mean balloons strung over a door, streamers, anything that looks colorful and screams party. I got these from amazon and my children thought they were BEAUTIFUL and requested that I leave them up permanently (I did not) 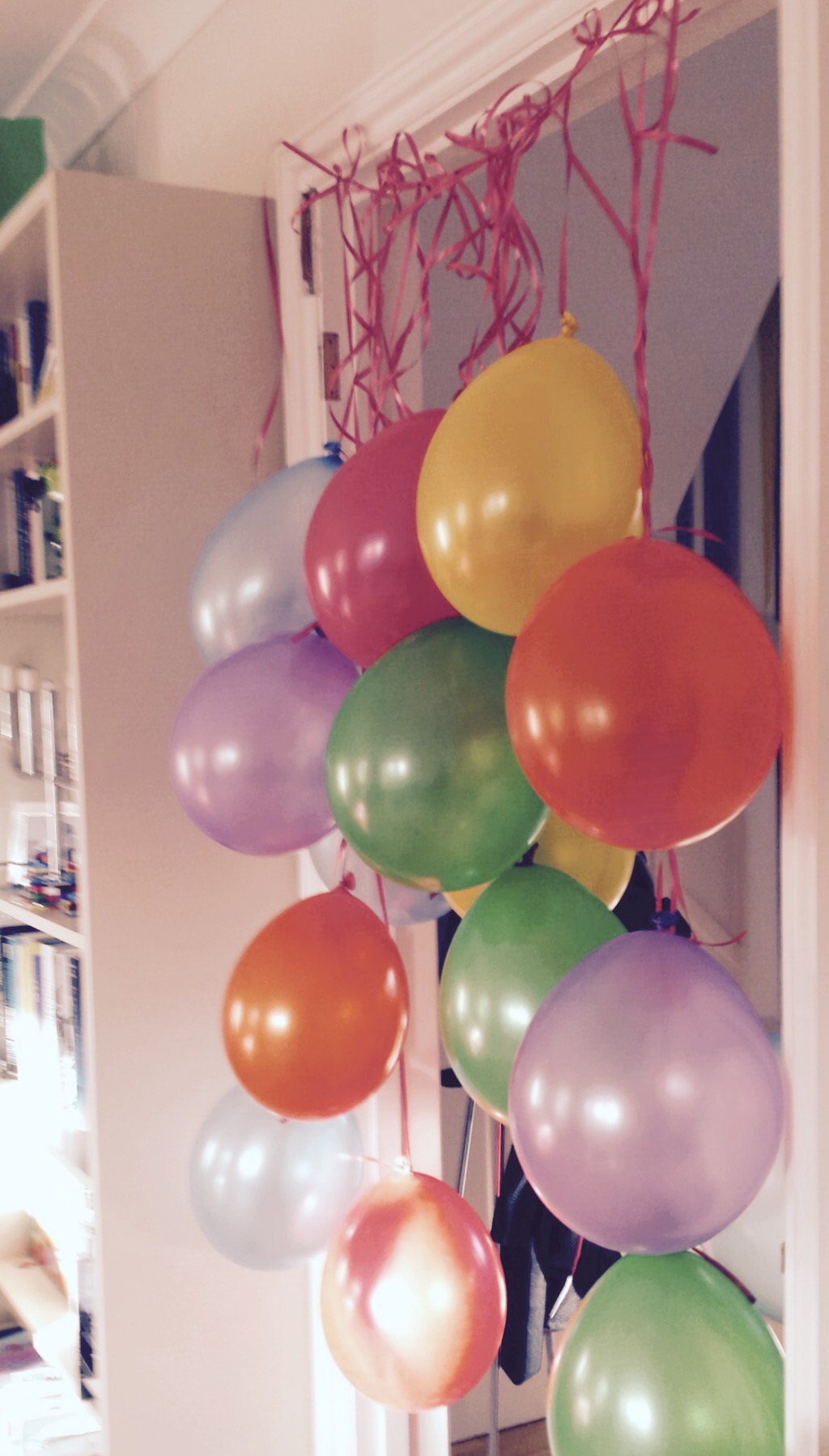 2. Include one core ‘activity’ – this could be themed, or could be as simple as decorating t-shirts – this worked well for us. A few H&M plain white tees and some pre-drawn stencils and you’re off. We have also made Lego magnets; decorated plain wooden treasure chests (and then gone on a treasure hunt to fill them with chocolate coins), but other excellent ideas include making bracelet / power bands with cut up paper straws and ribbon; decorating party hats or crowns; superhero capes; the list is endless. The key here really is that it is not an overly competitive endeavor – crucial for the under 5s.

3. Limit the party games – ideally this would be in a non competitive direction, or maybe with less pressure on someone being ‘out’ and risking tears. I was always committed to pass the parcel until I realized that really it is pretty boring and very slow. Now I normally keep one on standby but don’t plan on it being a central activity.

Another excellent option is some kind of musical statues where each round just has a ‘best statue’ rather than someone being ‘out’ – and that best statue is presented with a medal like this – children adore these.

I also went to a really well organized party once with a dinosaur theme and the mum had drawn a lot of colored dinosaurs and then chopped them in half. She gave each child one half of the dinosaur and then they had to go and find the other half, strategically placed around the house. Once they had brought their  now-whole dinosaur back to the mum, they won a prize. I adapted this in a very lazy way and used a matching pairs game – like this one – or, you know, a cheap Tiger version – and gave each child half of the pair, to find the matching card. Similarly, a summer party where the children had to find a token hidden around the house and then brought it back to redeem for an ice lolly.

Look I wish my children didn’t care about party bags and skipped off happily not even wondering if there would be a party bag at a party but the truth is, they really love party bags and I still wouldn’t call them raging materialists. So I am of the ‘why not’ camp. It does differentiate the event from a normal day, it doesn’t need to be expensive and it certainly shouldn’t be a bag full of total junk (although my children do unfortunately covet these kinds of party bags).

Here are some ideas that have worked well for us: mini torches / flashlights; mini play dough + cutter / play dough tool (if you were feeling particularly smug you could make your own play dough); a hot wheels car; pull back planes; funny scissors; marbles. A really lovely party we once went to gave all the children a strawberry plant – our children loved planting them in the garden. See, not such crazy consumerists really.

If you are having a party at home – even if you have a giant house – smaller groups seem more successful for younger children. They can actually play with their friends rather than it just turn into a massive round of chaos (especially as with younger children you also need to include space for parents). Also there are less party bags to fill and less sandwiches to cut up. You will be able to focus on the children so that no one is left without any hula hoops on their plate (critical). I went through a phase of explaining this to my children by just saying they could invite as many guests as their age – i.e. 4 friends for turning 4. Now we aim for about 8-10 guests.

Same reasons as above really – young children’s parties really don’t need to be a long affair. Stick to 1.5-2hrs (1.5hrs if it is a party for young children and parents have to attend too)… and don’t over schedule it. Children love having a bit of time to just play – one of my son’s favourite parties involved most of his guests sitting in his room building lego.

…There we have it. The anxious parent’s guide to successful easy children’s parties. And breathe.